It's still raining. Not hard, but it's rain quand même. It's supposed to be damp and showery all day again today. If you think reading about our steady rain is getting tiresome at this point, you should try living through it. By late afternoon yesterday, we had collected another 30 millimeters of rain in the gauge. That's more than an inch, and our measurements put the rain total for May at nearly 200 millimeters — four times the normal amount. Most of that has fallen over the past week. The Accuweather site puts the total for May even higher. This is not how we hoped the growing season would begin — the garden is not even planted yet. 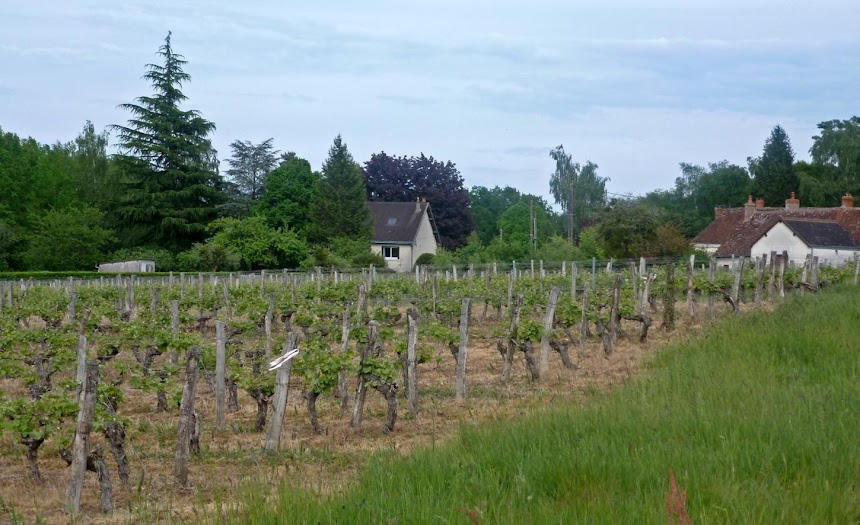 
Yesterday the bread lady was about half an hour late. We waited and waited to hear her horn blow and see her little white van drive up. When she finally got here, Walt went down to get the baguette. He asked her about conditions down in the river valley and village center. Not good, she told him. Some roads were just barely passable because of flooding. Everything was moving very slowly. An hour north, around the city of Orléans, the A10 autoroute was closed by high waters late yesterday and about 400 people had to spend the night in an emergency shelter. Houses in a number of towns and villages up there were flooded. 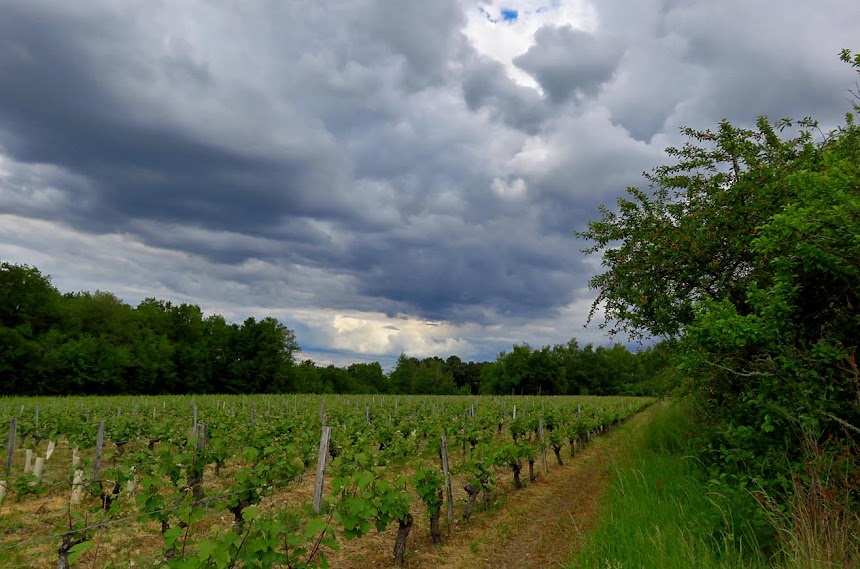 A parcel of grapevines in the Renaudière vineyard (Appellation Touraine-Chenonceaux)


We'll get a better idea of what the situation is today. How high are the rivers? Are some roads still flooded? We hope not, because our plan is to drive up to Blois for lunch. That's a 50-mile round trip. Today is our 33rd anniversary as a couple, and we want to celebrate at least a little bit. Lunch in Blois, some shopping, etc. The Citroën's fuel tank is full, so we're good to go even if no pumps are dispensing diesel fuel. And then on Sunday I'm scheduled to take the train to Paris — striking railway workers willing. And the crick don't rise.
Posted by Ken Broadhurst at 07:15