I guess that's what you could say about our big artichoke plant. We started with five, but three plants died off over the years. Of the two that are left, one is small and the other is huge. This year, it has more artichokes on it than ever before — maybe a dozen. 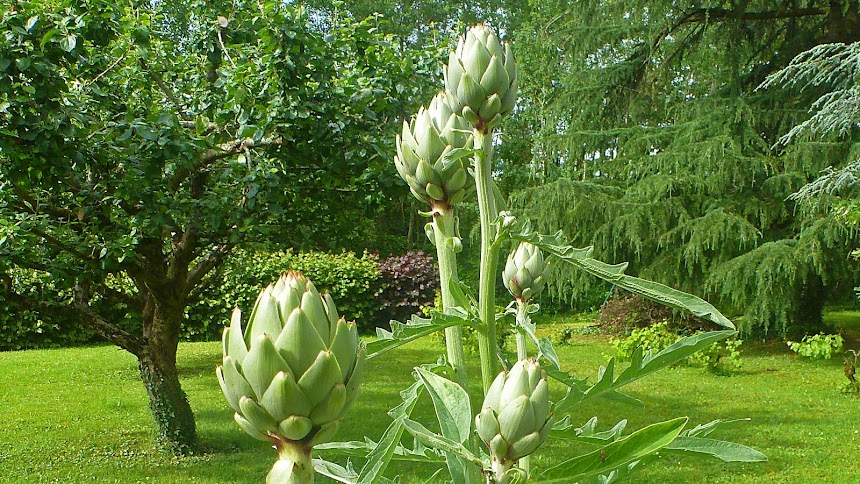 I guess this is due to humid conditions and limited sunshine. After all, artichokes grow really well in Brittany and on the northern California coast. Neither place is known for bright sunny weather, even (or especially) in late spring and summer. 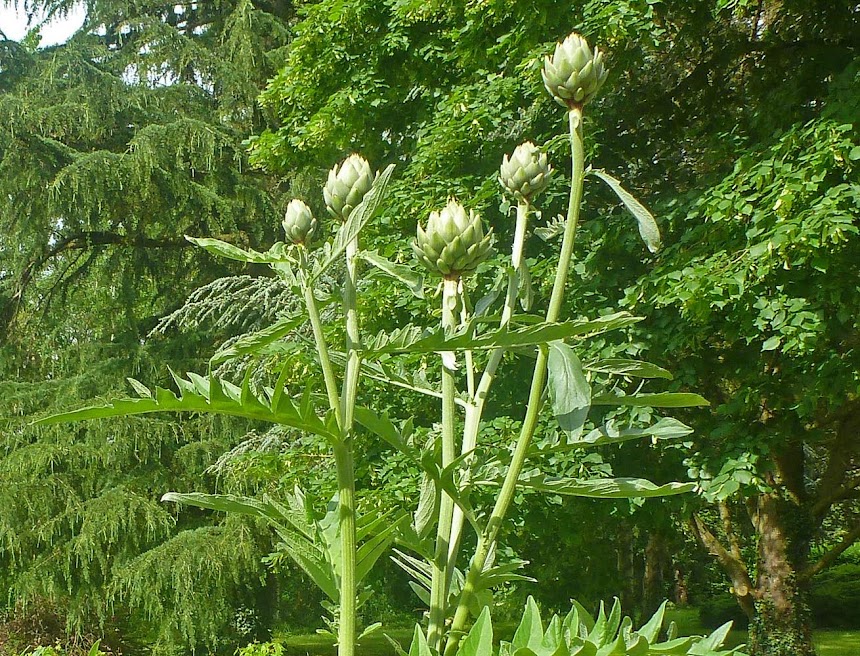 We just might have to cut and cook a few of these artichokes this weekend. Maybe they will be good to eat; maybe not. They evidently have enjoyed the recent growing conditions. 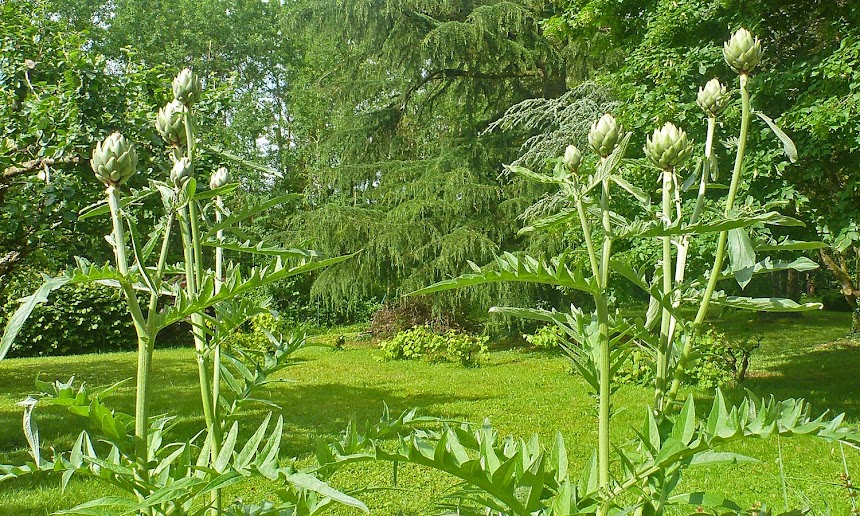 Another crop that is producing well is the snow peas, called pois mange-tout or pois gourmands in French. We'll be having some more more for lunch today, in a stir-fry. The photo below is not great, but it will give you an idea. There are purple pea pods and green peas pods on the trellis. 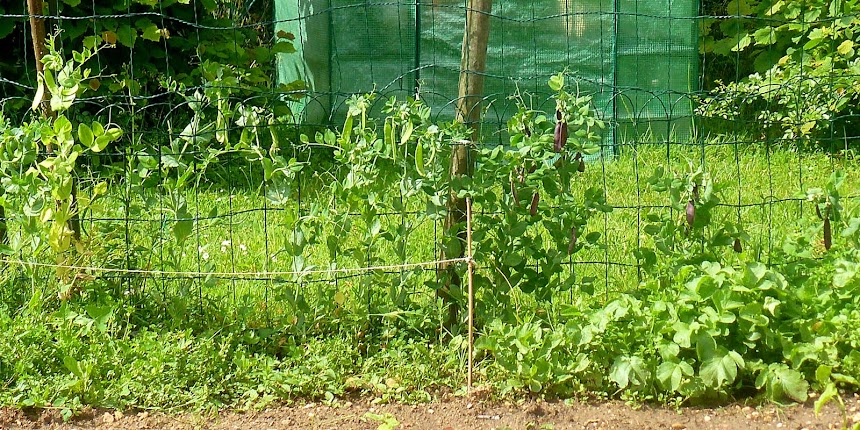 Finally, here's the state of the vegetable garden on June 16. Actually, it looks to be lagging the 2015 garden on about the same date. And I wrote then that the garden was behind its normal schedule. (You can see the artichoke plant in the background on the right.) 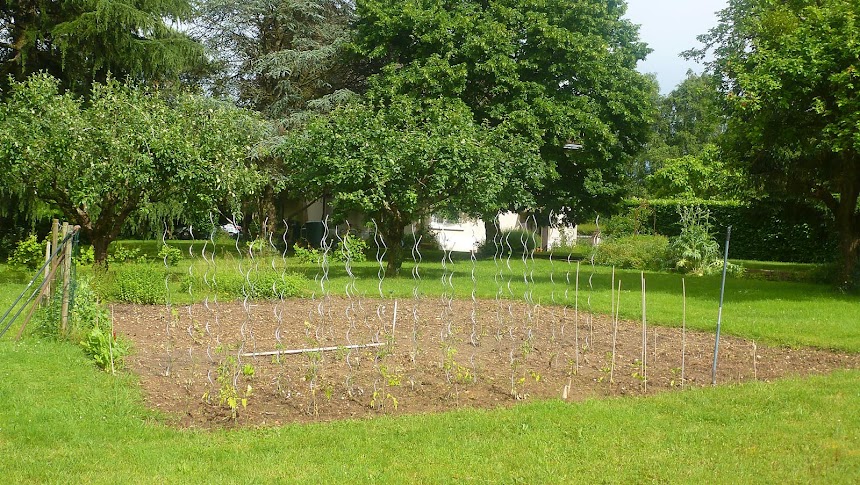 This morning I got up and made a pot of coffee. Walt came downstairs half an hour later. I heard him say: "What, no water?" Effectivement. No running water. Who knows why the flow has stopped or when it will be restored. History will record 2016 as the year of the waters around here, I'm sure.
Posted by Ken Broadhurst at 07:30