We had a thunderstorm last night and an hour or so of very hard rain. Yes, rain, but it will be good for the garden, which is (finally) all planted now, nearly a month late because of all the rain we had earlier. Kale, tomatoes, haricots verts, pumpkins, aubergines, bell peppers, courgettes... Let's hope it all grows.

Today I'm cooking duck.The weather has turned a little chilly again, so a couple of duck drumsticks and thighs slow-cooked in the mijoteuse (crockpot) with onions, carrots, and mushrooms will be comforting. Maybe I'll post about that tomorrow. We are lucky to get duck as a standard item, including duck pieces you can cook the way you want to. 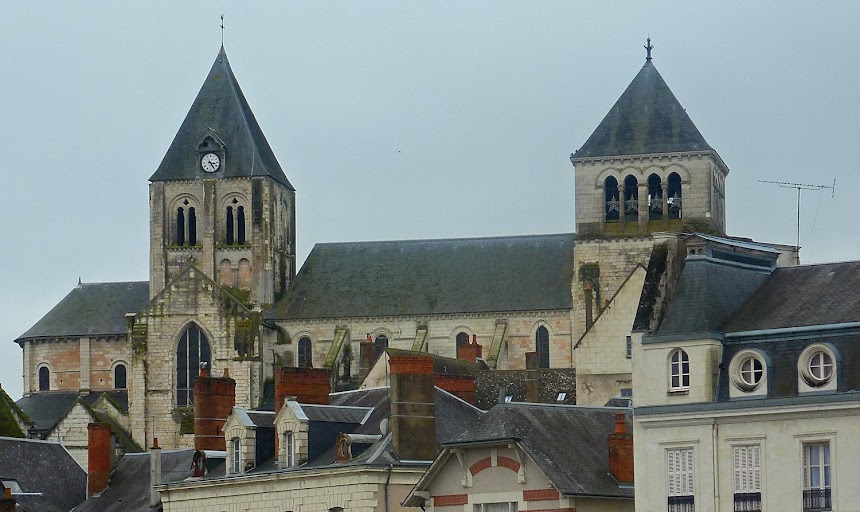 Anyway, here are some photos of the church in Saint-Aignan. It's an église collégiale, which means it's not a cathedral but is an important church to which is (or was) attached a "college" of "canons" (chanoines). In English, that's a "collegiate" church. You can see it on the left in the first photo I posted yesterday — the wide shot I took of the church and château while standing on the bridge. 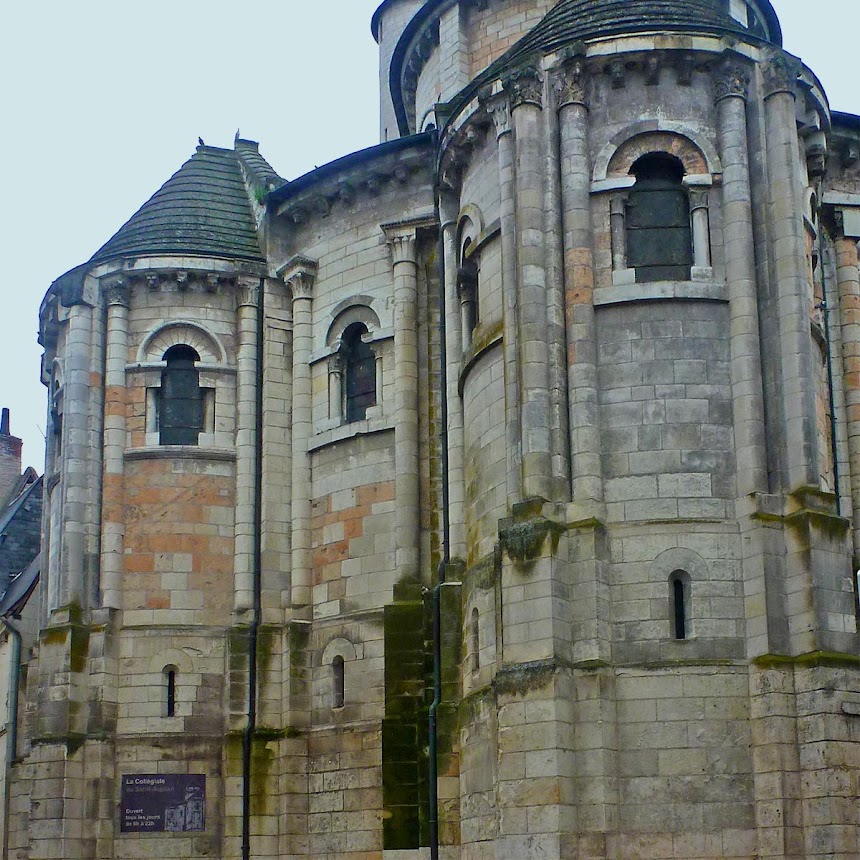 Wikipedia says: "In Christianity, a collegiate church is a church where the daily office of worship is maintained by a college of canons; a non-monastic or "secular" community of clergy, organised as a self-governing corporate body, which may be presided over by a dean or provost.

"In its governance and religious observance a collegiate church is similar to a cathedral, although a collegiate church is not the seat of a bishop and has no diocesan responsibilities. Collegiate churches were often supported by extensive lands held by the church, or by tithe income from appropriated benefices. They commonly provide distinct spaces for congregational worship and for the choir offices of their clerical community." 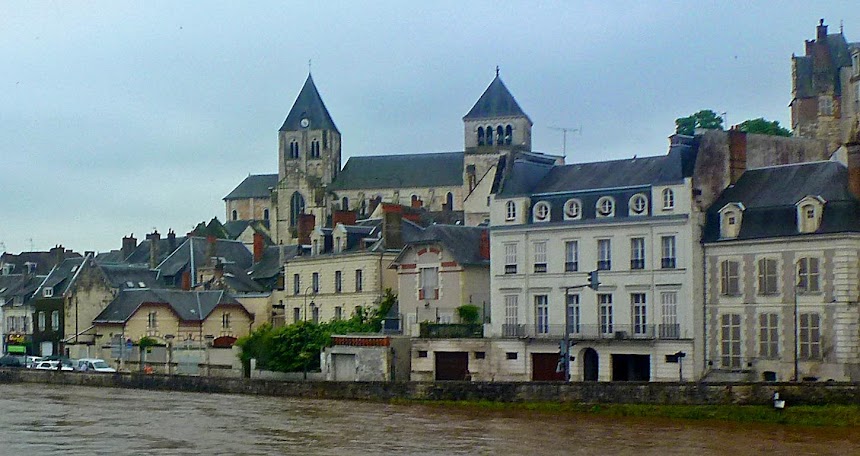 Over the years, I've posted many photos showing the church and other scenes in Saint-Aignan in different seasons and lighting conditions, including these. Tomorrow is the 13th anniversary of the first night we ever spent in the house we have lived in here, just outside Saint-Aignan, since 2003.
Posted by Ken Broadhurst at 07:05