Snow peas and shrimp in a stir-fry 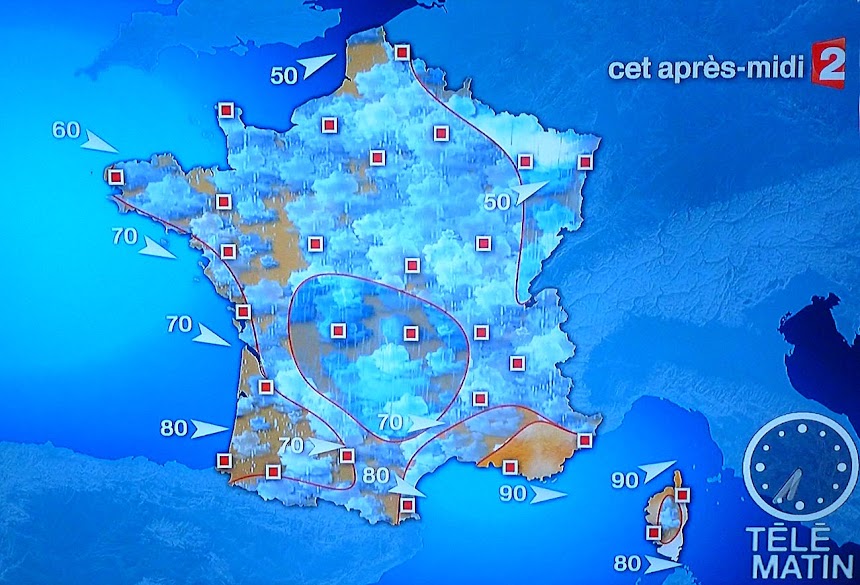 ...I'll just have to post about food, meaning yesterday's lunch. Walt planted snow peas — green ones and purple ones — out in the garden a few weeks ago. A couple of days ago, he harvested some. So the garden this year won't have been a total bust, no matter what the future holds. 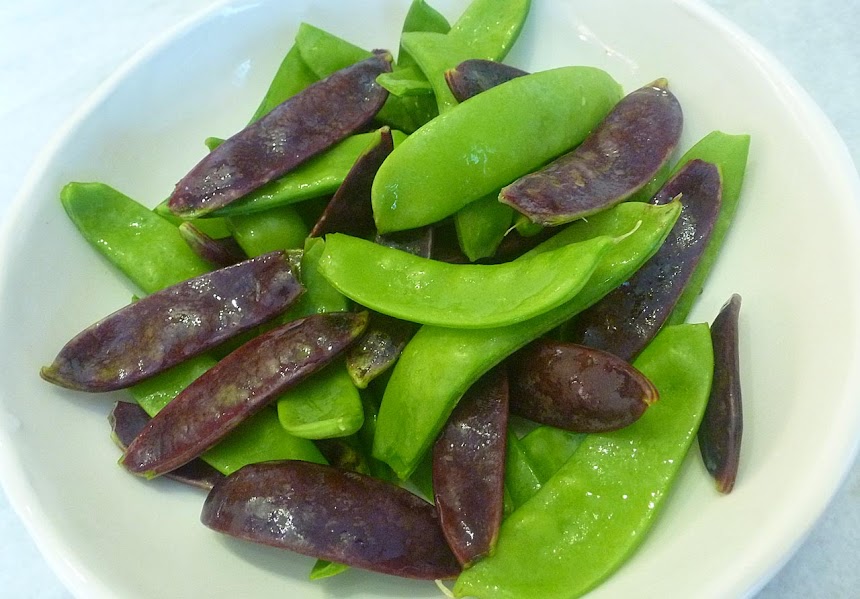 We drove up to Blois a few weeks ago to shop at the Asian grocery, mostly for shrimp. (Maybe you call them prawns.) They stock good frozen shrimp — frozen raw, and headed — rather than the cooked shrimp you get almost everywhere else in France. And I went to the open-air market and bought some nice mushrooms from the woman who grows them and sells them there — she's a neighbor of ours. 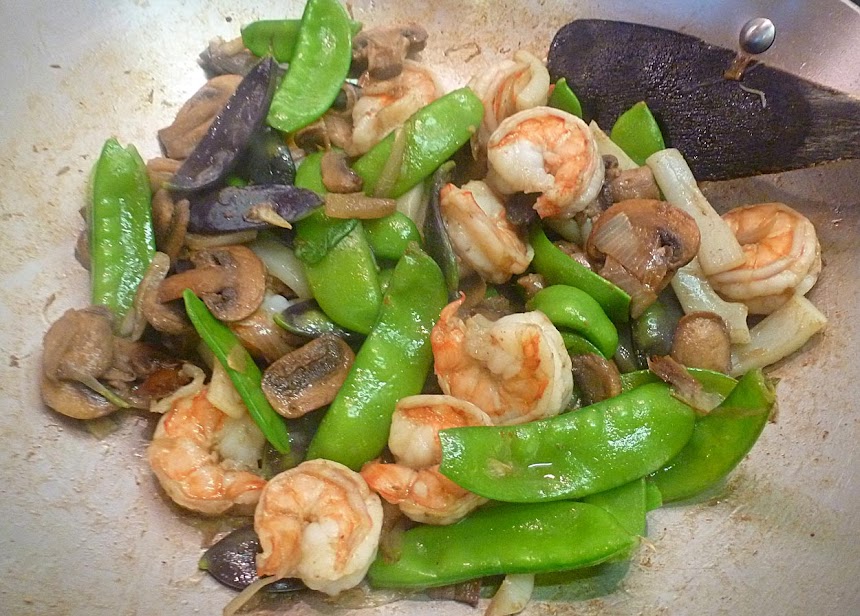 I found a recipe on the web — an idea, really. Where else nowadays? Here it is. Oh, I used less shrimp than called for and added some calamari that we also had in the freezer. I also made shrimp broth by cooking the shrimp shells in boiling water and used that instead of chicken broth. 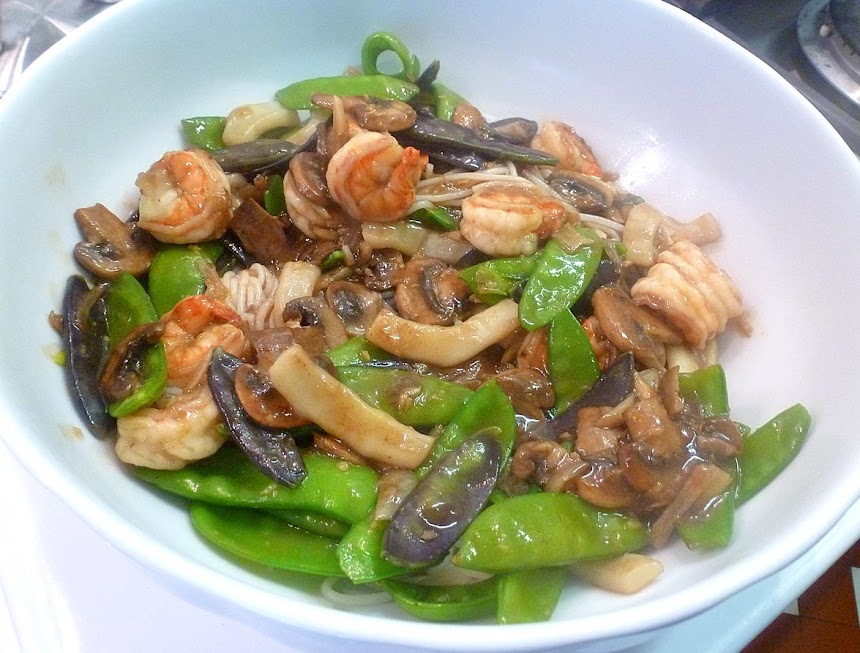 
In a small bowl, mix together the broth, soy sauce, ginger and cornstarch.

Warm oil in a large nonstick skillet or wok over medium-high heat until shimmering. Cook mushrooms, stirring, until their liquid has evaporated and they have browned, 6 to 10 minutes.

Add snow peas, garlic, and onion; stir-fry until crisp-tender, about 2 minutes. Toss in shrimp and cook, stirring, until pink, 3 or 4 minutes.

Stir broth mixture; pour into pan. Stir-fry until shrimp are opaque and sauce has thickened slightly, approximately one minute.

Season with salt and pepper and serve over rice or rice noodles, if desired.