Bhinda per eedu — finishing the gombos

You have an idea. You wonder if anybody else has had the same idea. You search the internet. Well, one more time, there's your idea in five or six different versions, with some history, a detailed description, and a recipe. 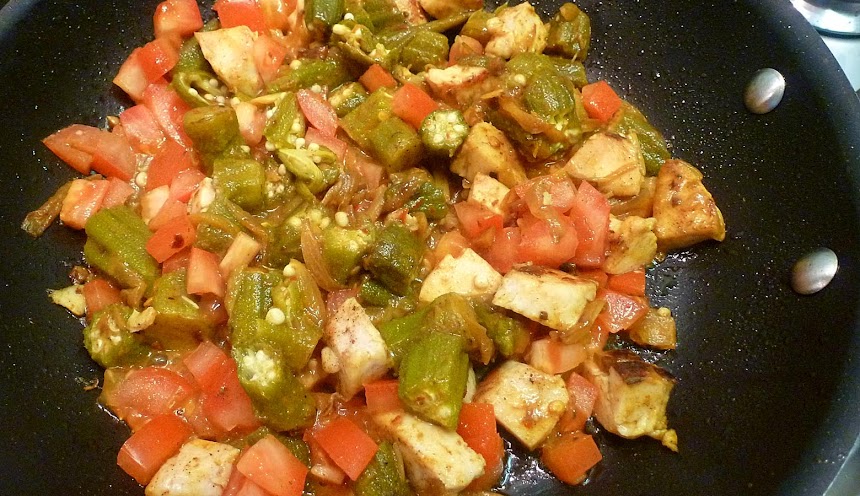 It's the story of the 21st century. And it's a good one. Anyway, we had some Indian-spiced okra left over and decided to eat it yesterday. My idea was to put it into an omelet, or a frittata, or even a quick egg soufflé. (The gombos in my title is what okra is called in French.) 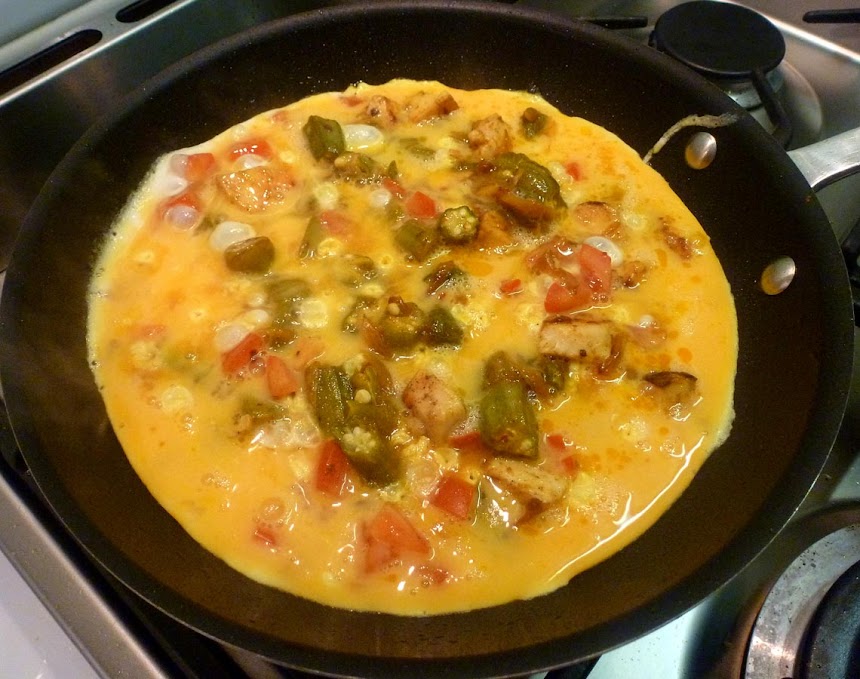 It turns out that the "frittata" called Bninda per eedu is a classic egg and okra dish in parts of India. The woman from Mumbai who posted a recipe, and who now lives in the San Francisco Bay Area, says it was a childhood favorite and that her mother cooked it at least once a week "by popular demand." I'll be sure to save a link to her web site. 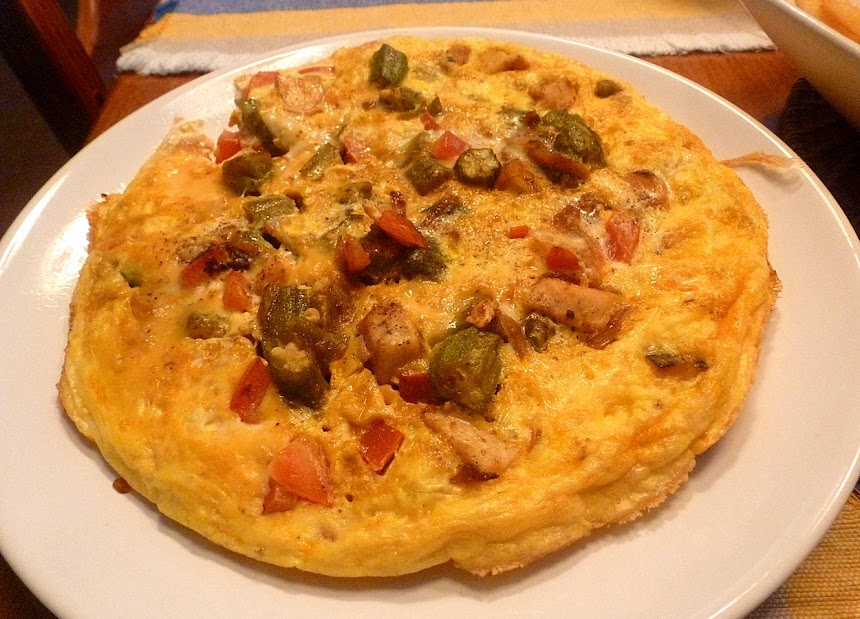 I diced up the left over okra pods, onions, and garlic. I chopped a fresh tomato and added it when I put everything in a frying pan. I also added a little bit of roasted chicken breast meat that was cut into small pieces. 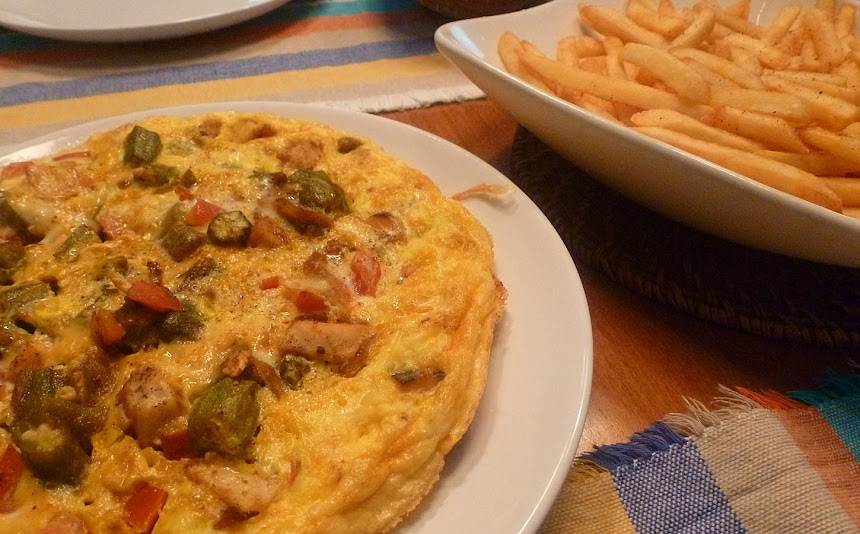 Then I beat up four eggs just slightly with a fork and poured them into the hot pan. When the bottom of the frittata was set, I put the pan in the oven under the broiler to cook the top. You don't want to overcook it. We ate it with French-fried potatoes and thought it was delicious.
Posted by Ken Broadhurst at 07:00