Here's what happened to that load of strawberries that I manage not to crush when I slipped down an old stone staircase at the Château de Saint-Aignan Saturday morning. I had just bought them at the market. That afternoon, Walt made a pie crust, some pastry cream, and an apricot glaze. He baked the crust, let it cool, spooned in the pastry cream, arranged the raw strawberries on top, and brushed them with warm apricot jam. 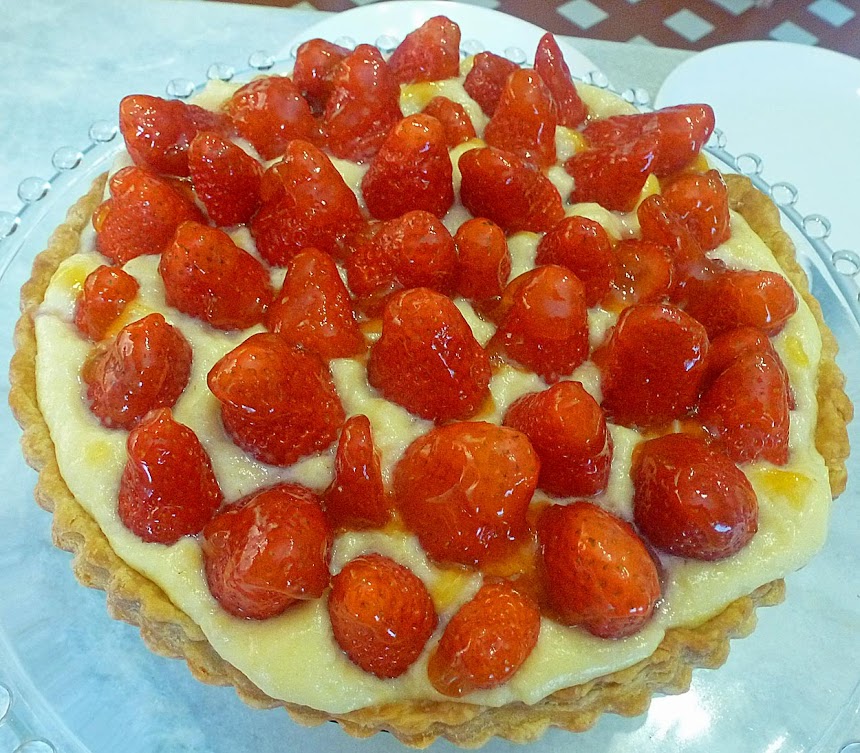 It has all  been devoured now, but we did succeed in making it last three days. The strawberries are a hybrid called mariguettes, according to the man who grows and sells them. That's a cross between the better-known gariguette strawberries and the variety called mara des bois. They were grown over in the Sologne, in what they call tunnels — plastic covered frames that protect the berries from hot sun (ha ha ha, this year) and heavy rain. 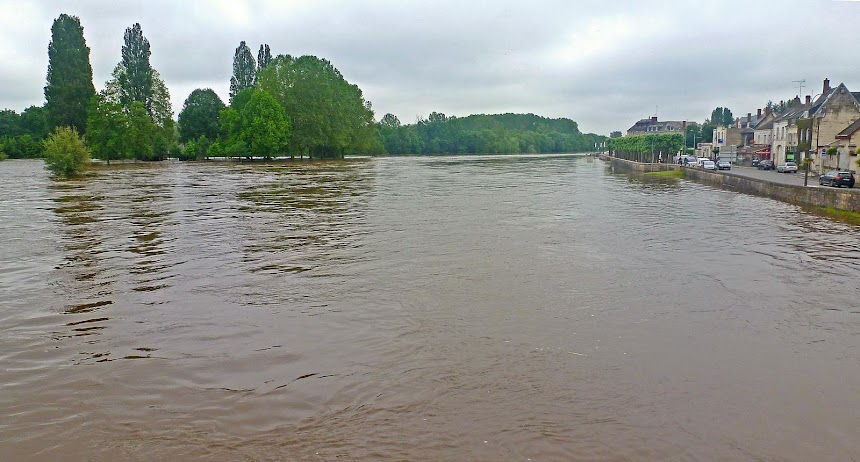 The Cher river near its crest at Saint-Aignan a couple of days ago.


By the way, the sun did come out yesterday shortly before noon, for the first time in I don't know when. The flood waters all around us are only gradually receding, I hear, but I haven't been back out to see. They also say some of the smaller rivers south of Paris, notably the Essonne, are still rising today.
Posted by Ken Broadhurst at 07:00