Here's another view of what you see when you arrive at Saint-Aignan on the route de Blois, coming in from the north. More and more tourists are doing just that these days, because the big Beauval zoo, with its giant pandas, is on the south side of the town. The zoo claims to be one of the world's top ten.

We live about two miles west of the château, on the same side of the Cher river. When we came here in 2003, we'd never really heard of Saint-Aignan. It was a real estate agent who introduced us to the place. It's about a 30-minute drive from all sorts of famous places with Loire Valley châteaux — Amboise, Chambord, Chenonceaux, Chaumont, Valençay, Loches, and Cheverny. 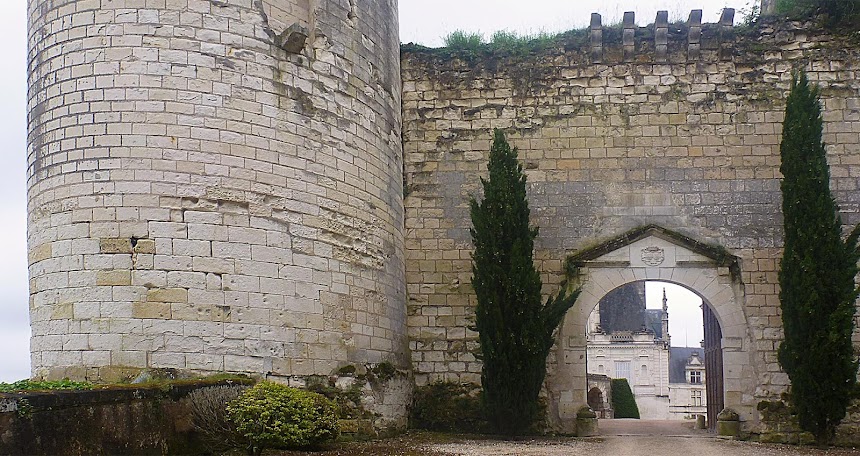 The original château at Saint-Aignan was built in the 9th and 10th centuries. It was a hilltop fortress, and just a small part of it remains today. That part is a stone tower and wall, with a gateway into the main courtyard of the complex. 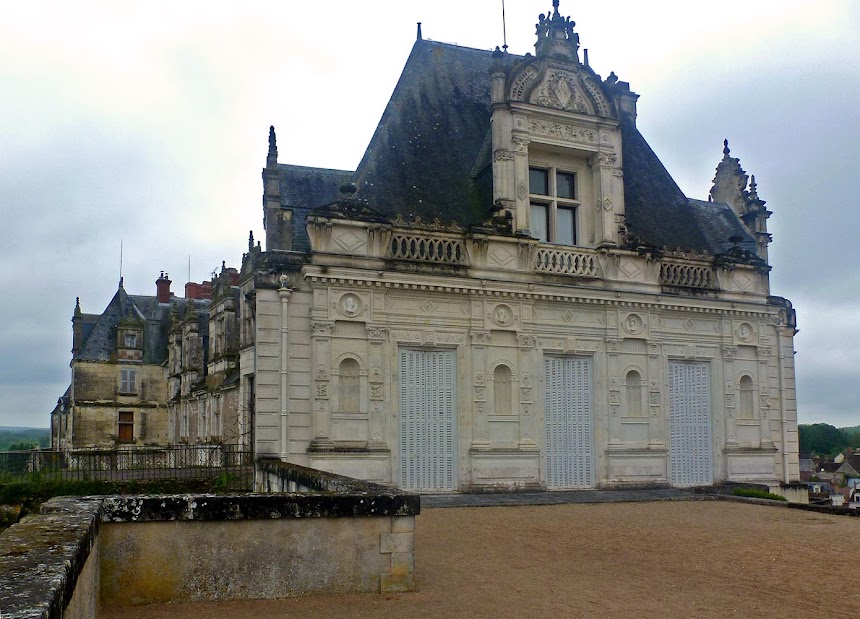 The main building — the château itself — was built as a fine residence for a noble family in the French Renaissance, 500 years after the construction of the original fortress. France had emerged from the 100 years war with the English, and the kingdom was expanding. The French king and his court had adopted the Loire Valley — especially Loches, Amboise, and Blois — as its special domain, because of the area's relatively mild climate.

I think the building above, part of which is the château stables, is much more recent than the main château (photo yesterday). I read somewhere that the octagonal tower was built in the 1830s. Since the château is privately owned and not open to the public (with the exception of the courtyard), it's not easy to find a lot of information about all the buildings and their history.
Posted by Ken Broadhurst at 07:00