This mustardy braised rabbit was the best rabbit that I'd cooked in a long time. I wanted to make a lapin à la moutarde — rabbit in a mustard-cream sauce — this time, and I looked around on the web and in my favorite cookbooks to see what the options were.


I have a memory of a whole rabbit roasted in the oven that was served by a Frenchwoman who rented out rooms to students in Grenoble back in 1974. I was the assistant to the professor who was running the University of Illinois Year Abroad program that year, and the woman had invited us to dinner. I'm not sure I had ever eaten rabbit before — but maybe I had, because I had already spent a year and half in France on earlier trips. 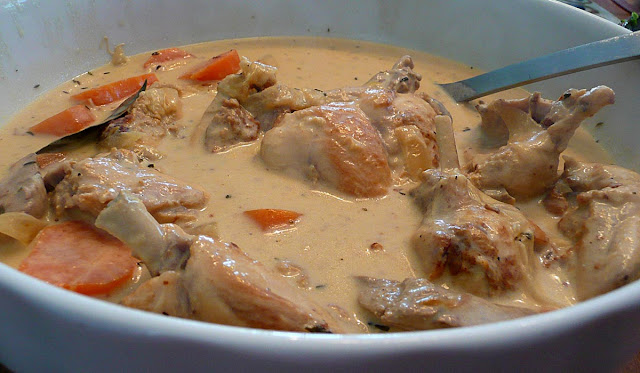 Rabbit braised and served in a creamy mustard sauce


Whatever... the rabbit was delicious. It looked a little strange laid out whole in a baking pan. I remember the woman opened the oven and basted it while we watched. She chattered away in French, and I could understand what she said but probably couldn't add an awful lot to the conversation. She was used to having American students living in her house, so she didn't mind. 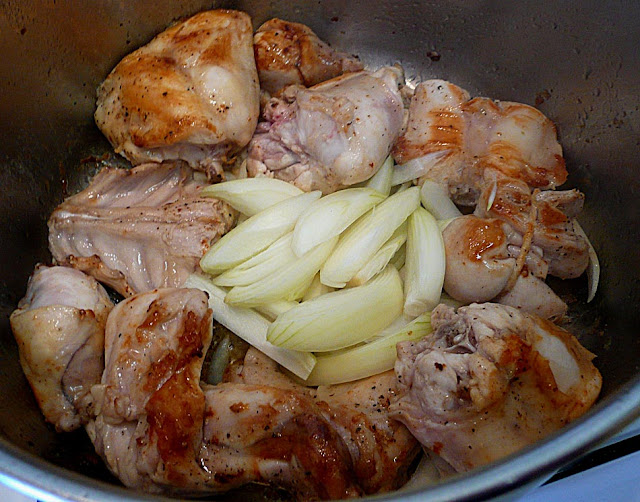 The rabbit browned, with sliced onion added for flavor


Yesterday, I was tempted to cook the rabbit whole, because that would have avoided the whole problem of cutting it up. The recipe I found, however, called for rabbit cut into serving pieces, and it was otherwise a simple preparation that sounded very good. Walt and I have been eating rabbit once or twice a year for nearly 30 years now, so I've had a certain amount of experience when it comes to carving up a raw rabbit. Mainly you need a sharp knife, some kitchen scissors, and a lot of patience. 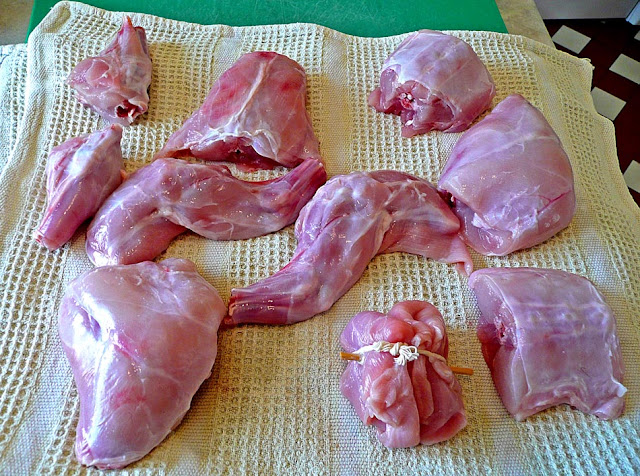 The rabbit cut into serving pieces before cooking


If you want to know how to go about it, have a look at this web page. It's not for the faint of heart. I won't show you the process here — just the result.


Mustard is a classic ingredient in sauces for braised or roasted rabbit in France. Sometimes the rabbit pieces — or the meatiest pieces, like the rable (the "saddle") or the back legs — are basted with Dijon mustard and then wrapped in strips of fat or bacon and roasted in the oven for 60 to 90 minutes. It's basted frequently with the mustard-flavored pan juices and fat. 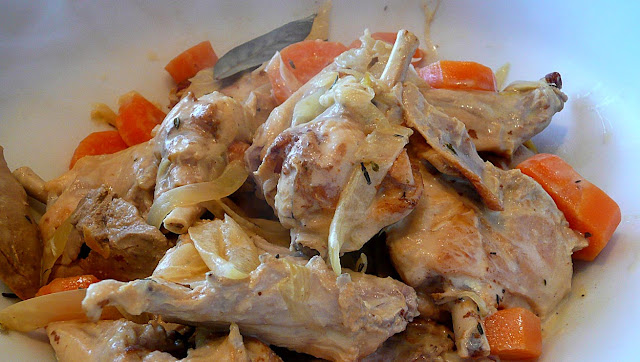 Take the rabbit, onions, and carrots out of the pan and
serve the sauce separately if you want.


Or, as in the recipe I chose, the rabbit pieces are browned in butter and/or oil and then braised in a mixture of stock (chicken or vegetable) and white wine (half a liter in all), with sliced onions and carrots, bay leaves, thyme or rosemary, and salt and pepper. After the rabbit is braised and completely cooked to your taste — some like it a little firm, others prefer it falling off the bone, so cook it anywhere from 30 to 60 minutes — you just add about half a cup of cream and 4 or 5 tablespoons of Dijon mustard to the sauce and let the dish simmer for another 10 minutes before serving it. 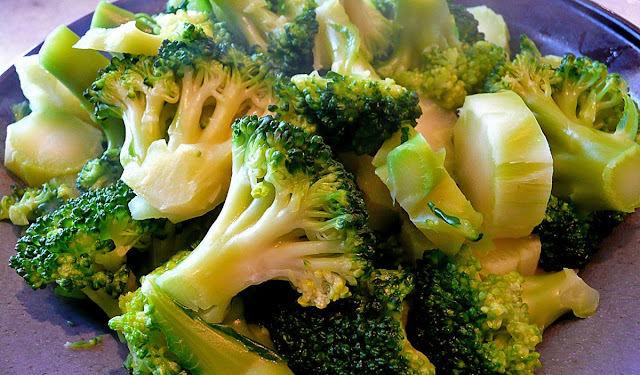 Steamed broccoli is a good accompaniment —
broccoli is good with the mustard cream sauce.


It's easy to see why mustard is a classic ingredient in rabbit dishes. It's delicious. This kind of thing would be really good made with chicken thighs and legs too. I'd take the skin off to minimize the amount of fat and to mimic the skinless rabbit pieces.


Domestic rabbits (farm-raised, not wild) give a very lean white meat that is not strongly flavored. Rabbit is a standard item that's always available in French markets and supermarkets (as is duck), alongside chicken, turkey, guinea fowl, beef, pork, veal, lamb, and so on. 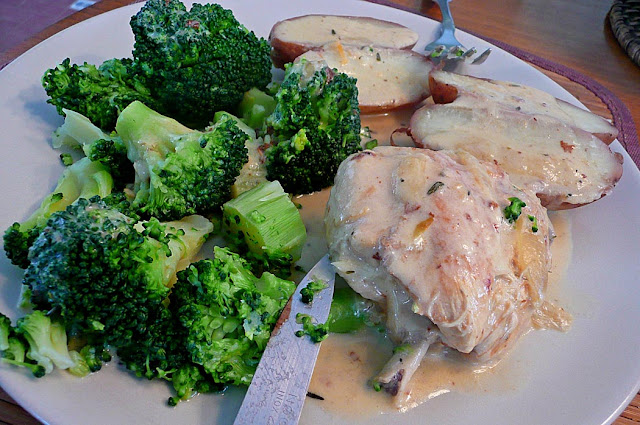 We ate the lapin à la moutarde with broccoli
and steamed new potatoes.


Ginette Mathiot's classic home cookbook Je sais cuisiner includes a dozen recipes for rabbit — stews like gibelotte (white wine) or civet, (red wine) roasted rabbit, or fried rabbit — and even gives instructions on how to kill, skin, and dress a live rabbit before you cook it. The edition I have dates from 1970. I wonder how many French people were still buying live rabbits that recently. Probably not many — especially not in the cities.
Posted by Ken Broadhurst at 08:10