If you've visited or read much about the château de Cheverny, you might know this already. The present-day château at Cheverny exists because a woman stepped out on her husband. 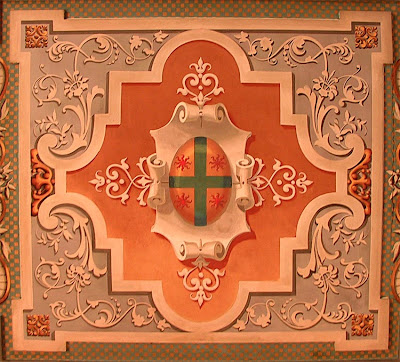 The château was built on the site of an older, medieval château-fort that had been demolished. The owner was Count Henri Hurault, who was the gouverneur of Blois during the reign of the great French king Henri IV (« Paris vaut bien une messe » and "a chicken in every pot" were his mottoes). 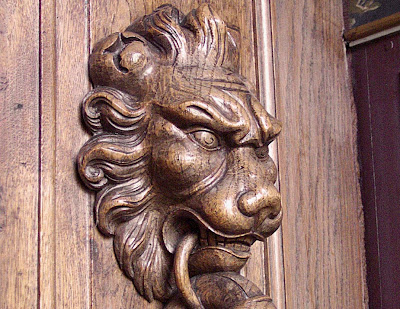 Hurault married a young wife (whose name was Françoise Chabot [he he]) and shut her up in his château at Cheverny to make sure she would stay faithful to him. It was all in vain, it turned out, because the Count came home from Blois one day to find her in the arms of a lover. He stabbed the lover, mortally wounding him, after the poor man had jumped out a window and broken his leg while trying to escape. Hurault then forced his wife to commit suicide by drinking poison. 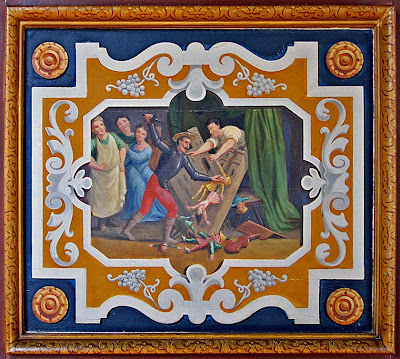 Hurault was banished from Blois exiled to Cheverny by the king for his crimes, and he later remarried. To wipe away the memory of his treacherous first wife once and for all, he had the old château-fort torn down. He entrusted to his new spouse the task of overseeing the construction of a "modern" edifice on the old site. An architect (Boyer) and painter (Mosnier) from Blois were instrumental in designing and decorating the château as we see it today. 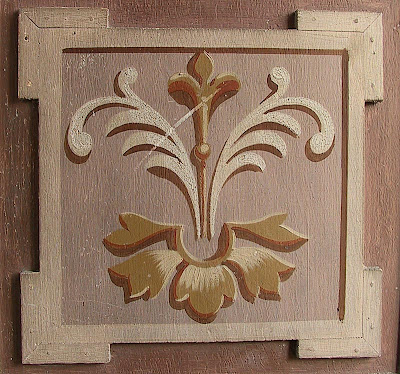 Unfortunately, both Henri Hurault and his second wife, Marguerite Gaillard de la Morinière, departed this world before the château could be completely finished. It was left to their dear daughter Elisabeth to get the job finished.

That's the story that has passed into legend. The photos here show some of the decoration inside the château.
Posted by Ken Broadhurst at 07:55