Callie the Collie turns five today. She was born as the runt of a litter of ten border collies at a place called La Vallée des Géants, about three hours southeast of Saint-Aignan. We brought her home in May 2007, when she was 10 weeks old. 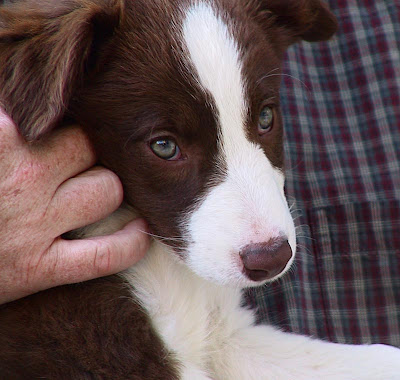 Callie at 10 weeks old
It was a traumatic time for a little puppy. She has never quite recovered from the car ride to Saint-Aignan that day, when she was so carsick because we drove on little curvy roads. To this day, she hates riding in the car. 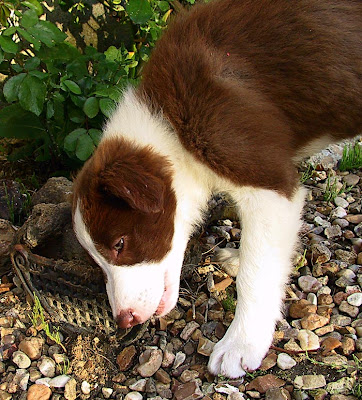 The poor dog also had to have two operations before the end of that first summer. One was an unscheduled emergency, to remove an intestinal blockage. The other was planned, when we had her spayed. She survived and has settled in pretty happily, I think. Callie hates cars but she loves people.
Posted by Ken Broadhurst at 08:30