I know that "salad days" has another meaning, but for me today it means that we've been eating almost nothing but salads (with ice cream as dessert) for at least a week now. Here are a couple of examples. 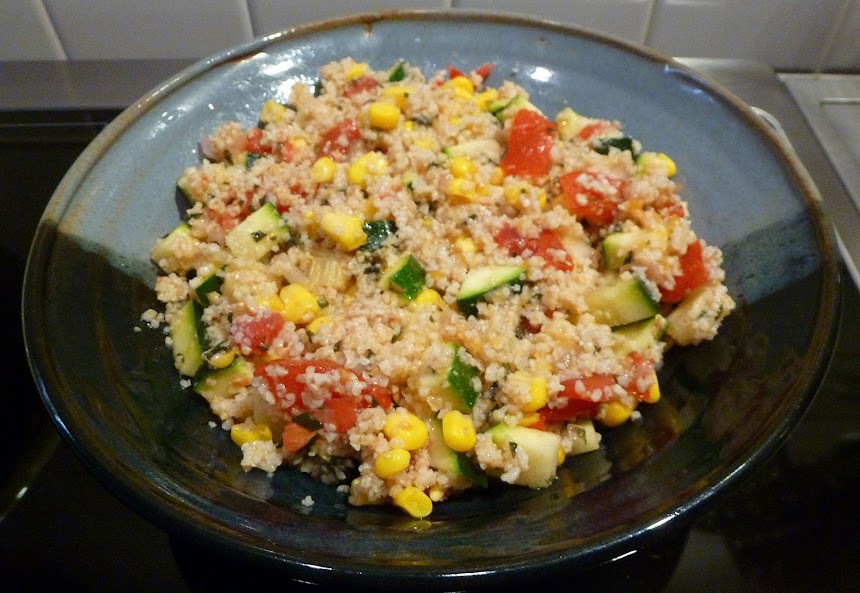 This is a salad that Walt makes every summer when we have an abundance of tomatoes and zucchinis. It's sort of based on what in French is called taboulé, a Lebanese salad. The ingredients are diced raw zucchini, diced raw tomato, corn kernels, chopped shallot, chopped mint, and cooked bulgur wheat, etc. The dressing is white wine vinegar and olive oil. You can use cucumber instead of zucchini, or steamed couscous instead of bulgur. 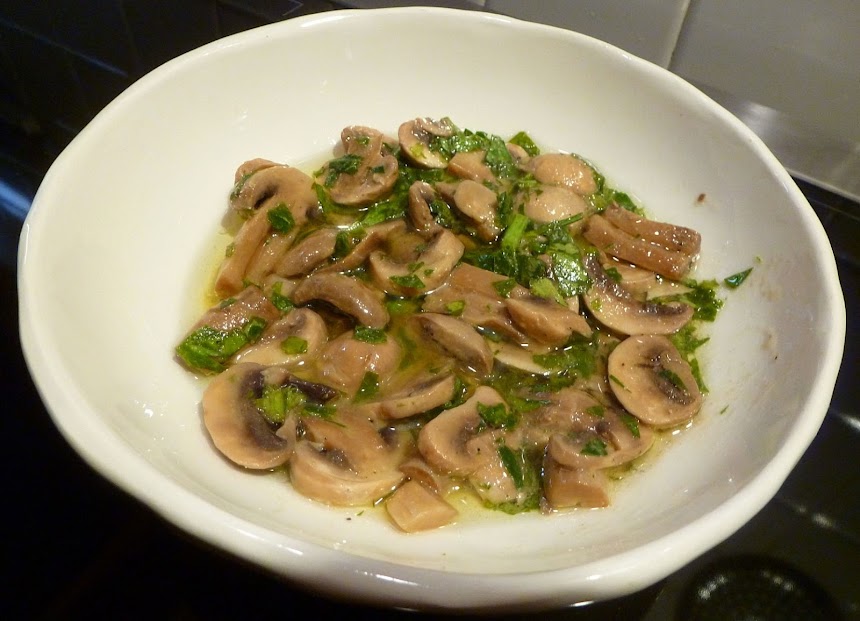 And this is a mushroom salad that I remember being served often in Paris cafés and restaurants as part of an assiette de crudités. It's thinly sliced raw button mushrooms (champignons de Paris) dressed with a  mixture of white wine vinegar, a little Dijon mustard, and vegetable oil (olive oil if you want). It's good with a lot of chopped fresh herbs — parsley, celery leaves, basil, etc. It's served cold after the mushrooms have had a chance to absorb some of the dressing and "cook" in it.
Posted by Ken Broadhurst at 06:48