Natasha — Tasha for short — is now five years old. She is a pure-bred Shetland sheepdog and was born near the old town of Chinon in Touraine. About a month before her fifth birthday last February, she suffered a torn ligament in one of her back legs, and we were afraid for a while that she might never recover all of her mobility after orthopedic surgery. The good news is that she's doing very well, has lost weight, and walks normally. We still keep her partially confined and take her on walks only on a leash to prevent her from running and jumping too much. 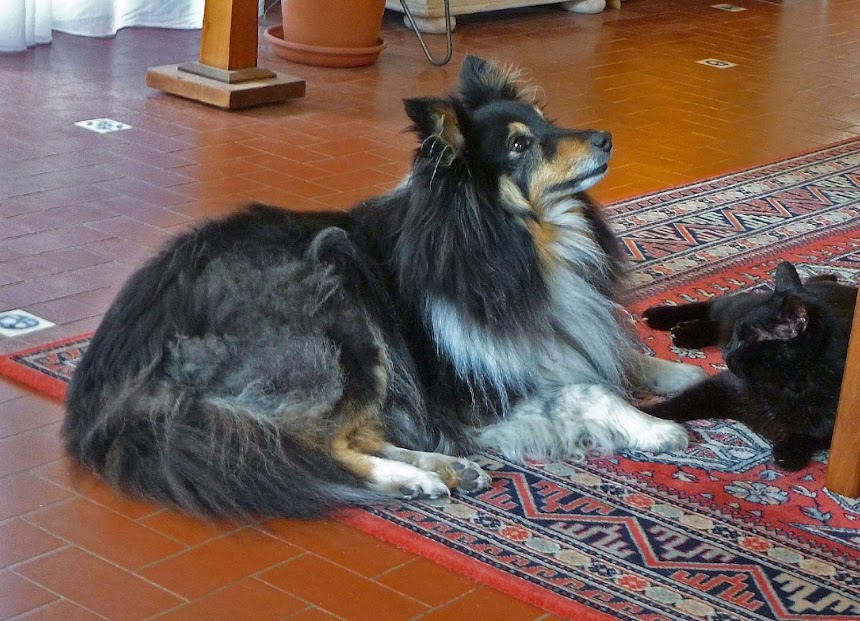 Bertie the black cat turned 16 in May. He's been living here for 12 of those years. He's half Siamese, we think, and an accomplished hunter. He's missing a couple of fangs and has had various injuries over the years, but he seems to be in good health, basically. Of him, his vet says in French: Il est cool. He spends more and more time in the house these days, and less time outdoors prowling — especially at night, when we usually are able to shut him in. Bertie was born here in the Saint-Aignan area, and his first family was made up of himself, a small dog and two British friends of ours. They left him with us when they moved back to the United Kingdom in 2010. 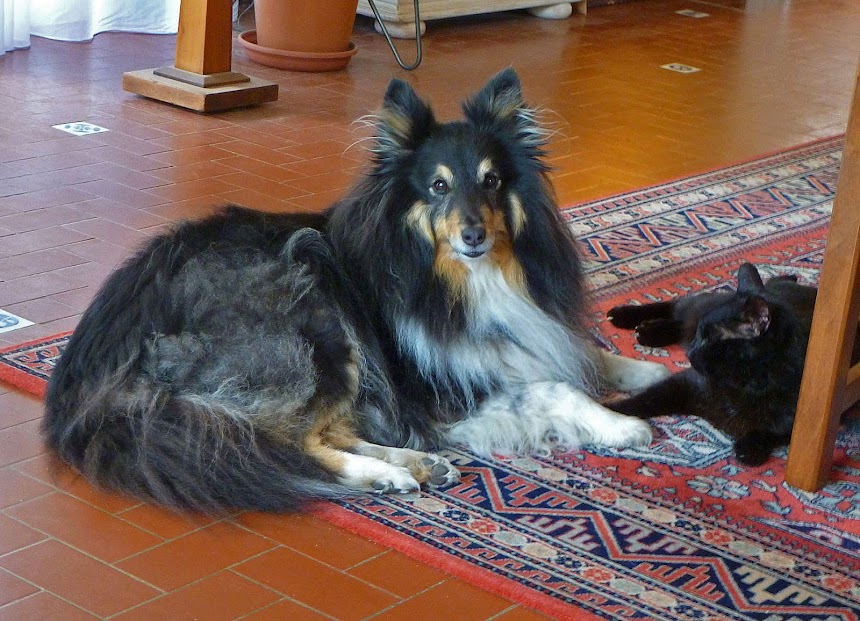 Tasha and Bertie get along swimmingly. They eat together, drink out of the water bowl together, sometimes take naps together, and generally just hang out together peacefully. It's a nice situation, and a nice atmosphere. In the first photo above, Tasha is watching Walt intently to see if he might be ready to give her her lunch. The the second photo, I said her name and she immediately turned her head toward me to see what I was up to.