I've been to the Arc de Triomphe, at the top of the avenue des Champs-Élysées in Paris, countless times over the past 52 years. I've been under it, around it, and on top of it. I've seen it up close and from afar. One time I went there and took a lot of photos was in 2007, with CHM. It boggles my mind to think that was 15 years ago. I'm going to do a one-photo-a-day series about it over the next week or two. 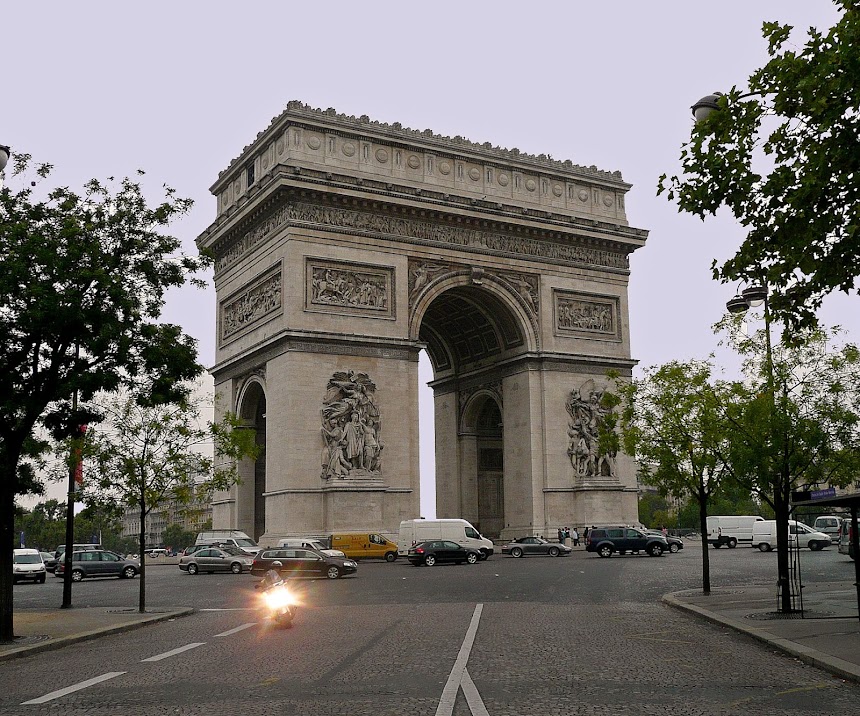 On another subject, we're having a lot of trouble with our internet connection right now. It started yesterday morning. When I turned on my computer, it wasn't connected to the internet. I restarted the router and it connected, but then the television froze. I think that's because it too was connected to the internet and it froze when the connnection was interrupted. I had to restart the decoder box by doing a hard reset. This morning it did the same thing. Yesterday afternoon the connection was dropped too. This morning, including right at this moment, the DSL is again dsconnected.
Posted by Ken Broadhurst at 07:06