Two photos today — one in daylight, one in darkness — of the same scene.
I took them on the same day, five hours apart. 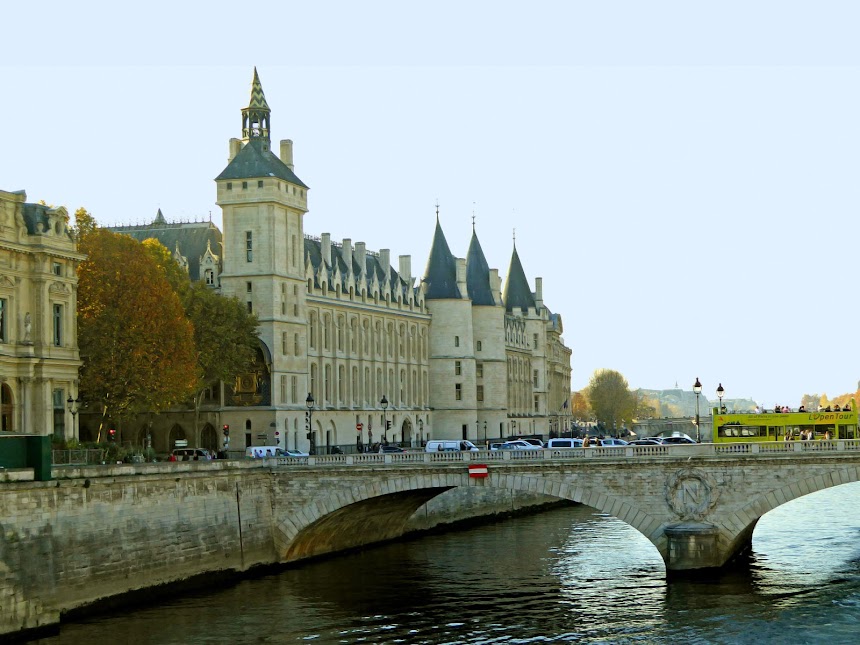 The Roman governors of Gaul and the earliest kings of France lived on the Île de la Cité in this complex, called le palais du roi. King Louis IX, known as saint Louis, lived here in the 13th century and had the Sainte-Chapelle built in a courtyard of the palace. The complex was turned into the palais de justice (the law courts) at the time of the 1789 Revolution. 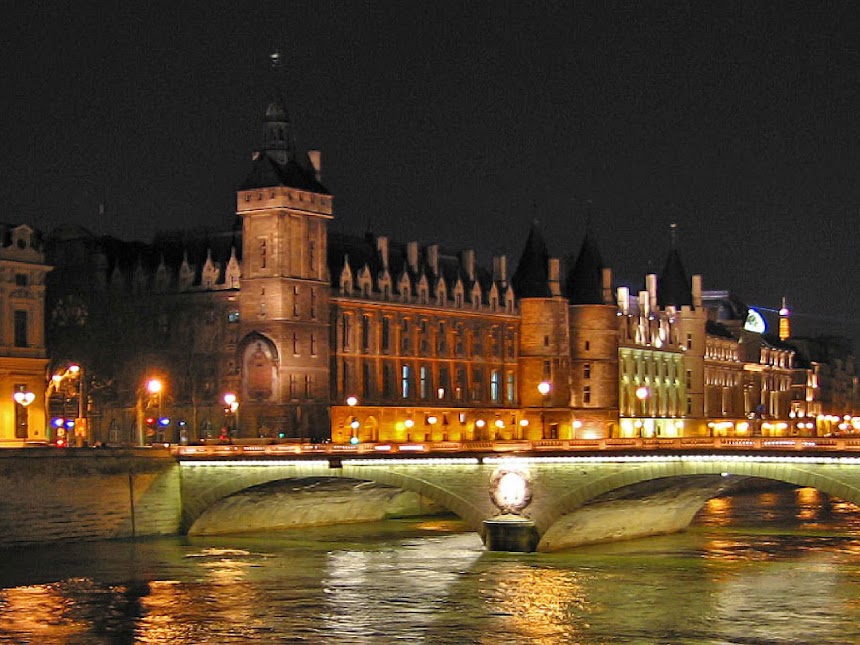