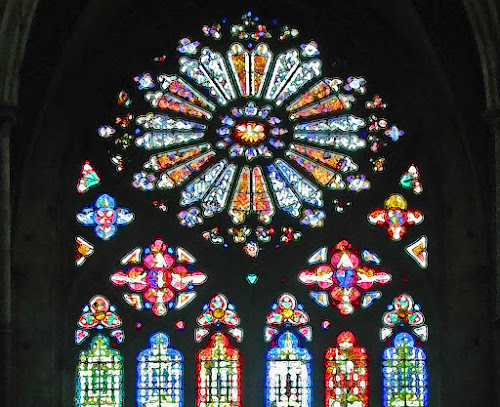 The town of Bourges went into a steep decline in the 18th and 19th centuries. In the 18th, the the weather was unrelentingly ugly, with big storms and frigid winters. For an agricultural economy, that was devastating. Bourges had no big river to link it to Paris or other big towns, so it was isolated. It took five days to get to Paris by horse-drawn coach. The population of Bourges in the year 1800 was about 16,000. For a century the town had depended totally on the king of France, who, for example, appointed its mayors and other regional officials. The well-being of Bourges and its people wasn't a priority for the royalty or the king's appointees.
In the 19th century, the canal de Berry was built and was opened to boat and barge traffic in 1843. It runs from Bourges to Saint-Aignan, where it dumps into the Cher river at the point where the river was deep enough to be navigable. The Cher in turn flows into the Loire just west of Tours.(By the way, the photo above is one that Cheryl took inside the cathedral at Bourges.) 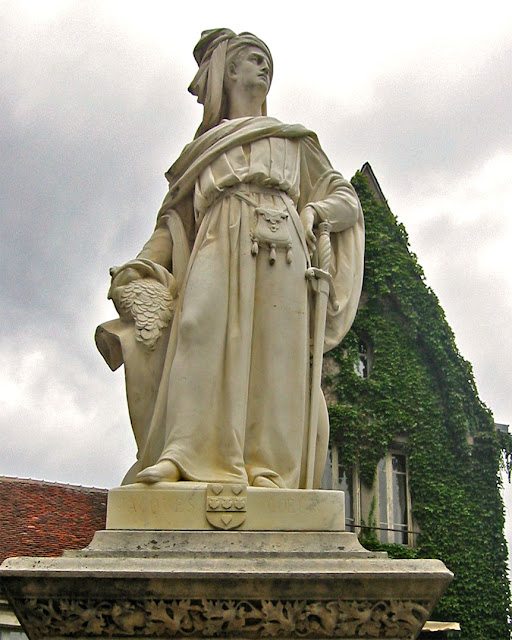 And then came railroads, at about the same time. So Bourges was linked to Paris, Tours, and Nantes. The train station in Bourges opened in 1847 The canal and the trains brought the industrial revolution to Bourges. By the time Henry James visited in the 1880s, the population had more than doubled to about 40,000. There were several factories, and the priority of the town was to build affordable housing for factory workers. I think that's what Henry James saw, and why he was so negative about Bourges. That's all I can figure out.

(If you've been wondering what Jacques Cœur looked like, here's a photo.)

I've been looking into the possibility of renting a gîte in Bourges next spring. I'd like to go there and spend a few days to get a better feel for the place. Everything depends on the evolution of the Covid-19 disease, of course. Bourges is only 90 minutes from Saint-Aignan by car, and it would make a good first destination when we can finally start traveling around again, after about two years of confinement. Here's a gîte I'm considering. Four nights for 236 euros with free wifi, free parking, pets allowed, TV, all located a 10-minute walk from the middle of town. A steal.

There's good information about the history of Bourges here.
Then follow the links at the bottom of this page about the town in the 18th century.
Posted by Ken Broadhurst at 07:00