Drive 25 miles (40 km) south out of Bourges toward the town of Saint-Amand-Montrond and you arrive not only at the Château de Meillant, but also at the Abbaye de Noirlac, a 12th-century Cistercian monastery. The Michelin Guide Vert calls Noirlac « l'un des ensembles monastiques les mieux conservés et les plus complets de France. » Noirlac abbey is nowadays used as a cultural and performing arts center. 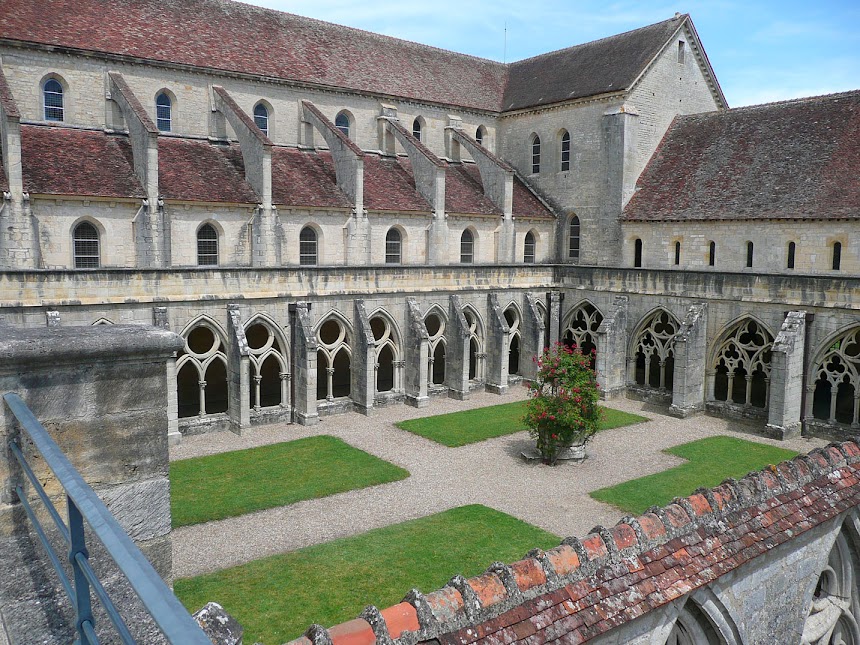 CHM took this photo of the cloister at Noirlac when we went there 12 years ago. 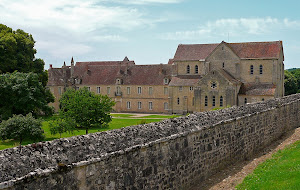 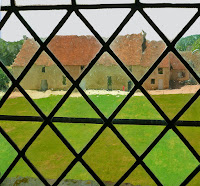 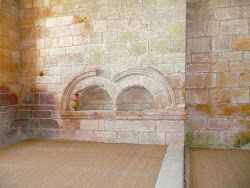 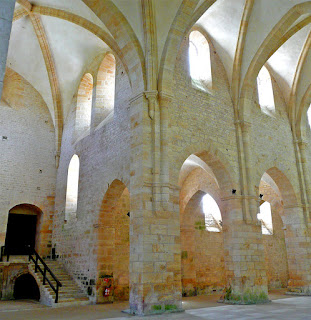 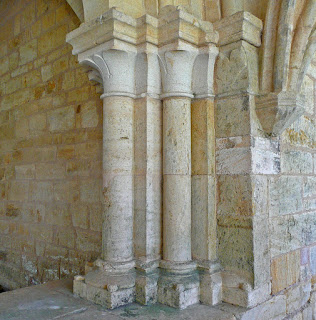 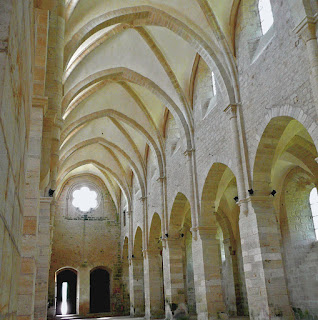 6
A group of monks or friars (frères in French) arrived at the place now called Noirlac in 1130, 70 years before the construction of the cathedral in Bourges got fully under way. The Cistercians were builders and manual laborers who cleared and drained land to make it valuable for agriculture. The Noirlac monks lived through 20 or 30 very lean years of near starvation before people in the area came to their aid, according to the Michelin guide. The church and monastery the friars built between 1150 and 1200 are, typically, very plain, almost austere, in the Cistercian style. La simplicité des lignes and la blancheur de la pierre enhance the beauty of the architecture and give the place a serene feeling. The cloister is at the center of the complex.
Posted by Ken Broadhurst at 06:00