A castle, a cat, and some cars 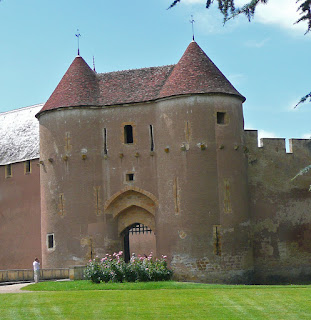 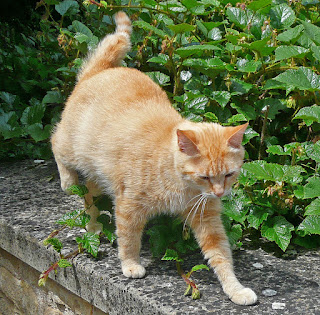 Less than 10 miles south of places like Bruère-Allichamps, the Abbaye de Noirlac, and the
Château de Meillant, you come to the town of Ainay-le-Vieil and the Château d'Ainay-le-Vieil.
The Michelin guidebook says the château has been owned by the same family since the year 1467.
Jacques Cœur, born in Bourges in 1400 or so, used to live here, the guidebook says.
As for the cat, I think I took the photo in Bruère (le centre de la France). 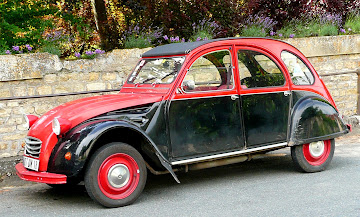 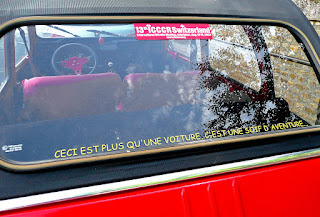 This car, a vintage Citroën 2CV, was parked in front of the Château d'Ainay-le-Vieil
the day CHM and I were there. I drive a Citroën now, but it's not a 2CV.
The sentence on the red and black 2CV's rear window says:
"This is more than a car, it's a thirst for adventure."
I hope the adventures don't involve
too many tow trucks. 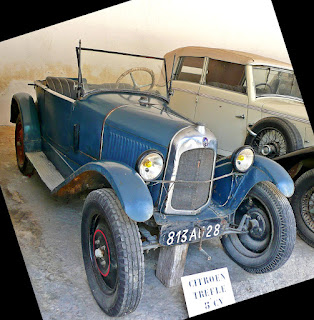 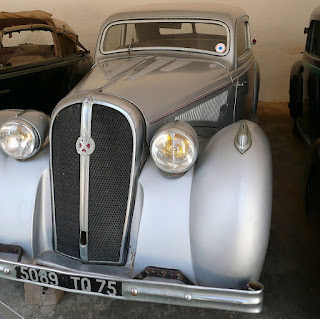 These classic cars (and others) were on display at the Château de Meillant,
which I blogged about a few weeks ago. The blue convertible is a Citroën. 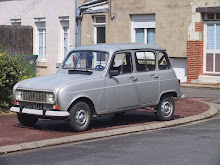 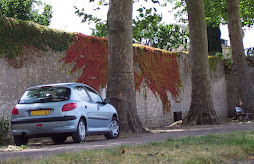 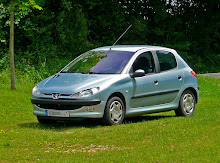 Finally, here are a vintage Renault 4L (the gray car) and two shots of my Peugeot 206. I used to own a Renault 4L, back in 1981-'82 when Walt and I both lived in Paris. It was a great car, though far from luxurious. The light blue car in the other two photos is one I bought used in 2003, when we first came to live in Saint-Aignan. So I've been driving it for more than 18 years now, and the car itself will be 21 years old at Christmastime. The 206 deserves some recognition for riding me all around the Loire Valley, as well as on numerous trips to Paris, Normandy, Burgundy, the southwest of France, and even all the way to Madrid in Spain, for all these years. I hope to keep driving it for at least another five years. It runs great, but at its age and with 125K miles on its odometer, it doesn't go on long trips any more.