...is in the town of the same name, located in the old Berry province. Culan (pop. 732) had 1,820 inhabitants in the year 1881 but the population has been declining steadily ever since. There are over 500 logements (housing units) in the town, including 76 résidences secondaires that are occupied only occasionally or seasonally. There is a small grocery store in the town, but the closest supermarkets are in Châteaumeillant, eight miles west, or in Montluçon, a 30-minute drive south. Culan is a two-hour drive south of Blois and a one-hour drive south of Bourges. 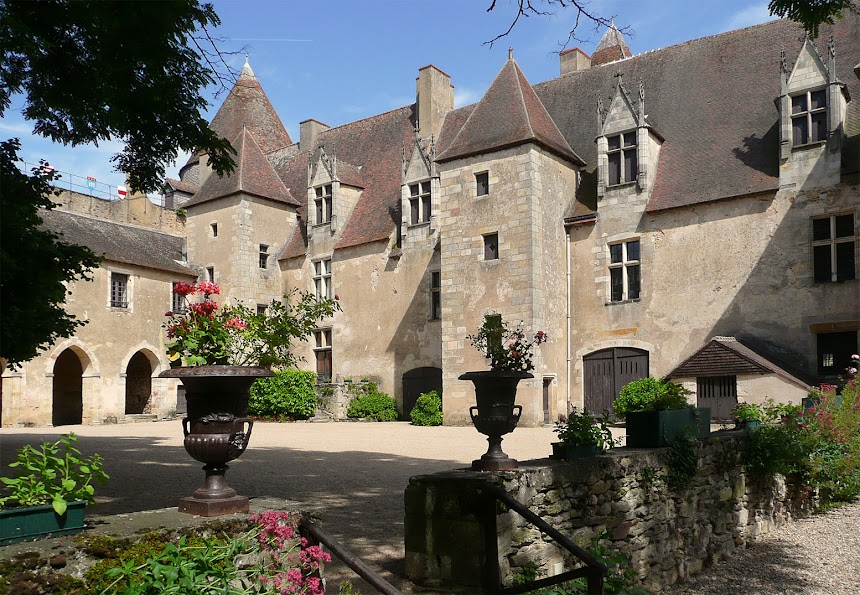 The Château de Culan was built between the years 1200 and 1500, replacing an earlier château that was besieged
and ordered demolished by the French king Philippe Auguste in 1188. Notable people who have visited include
Joan of Arc in 1429, king Louis XI in 1465, and later Madame de Sévigné, George Sand, Chopin,
and General de Gaulle. That's according to Wikipédia. CHM and CKB visited in 2009,
but didn't get a mention in Wikipédia. 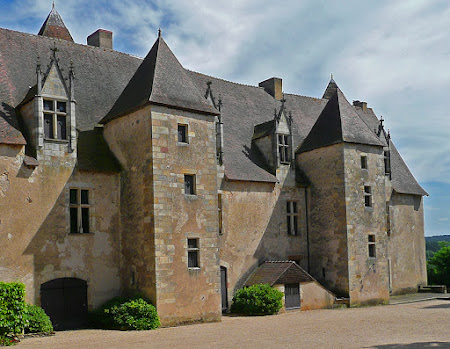 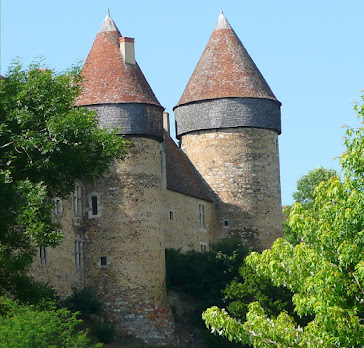