Just 6 or 7 miles southeast of Saint-Aignan stand the ruins of the medieval château-fort and village called Villentrois (pop. 600). The fortress was built by Fulk III (Foulques Nerra in French), a powerful count of Anjou (b. 970–d. 1040) who spent his life fortifying his territory. Villetrois was the easternmost fortification he built, but he built many others, including at nearby Saint-Aignan (on the far right in my blog banner photo above), Montrichard, and Loches. I'd like to know the origin of the name Villetrois, but so far I have found that information. The old town itself is made up not of three but two bourgs (neighborhoods, in this case. One grew up around the old church, and the other at the base of the château-fort. 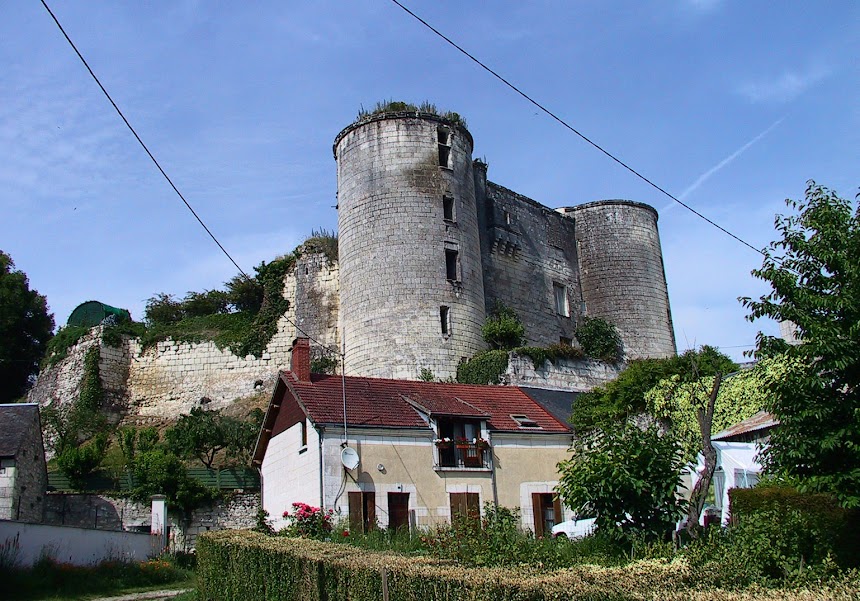 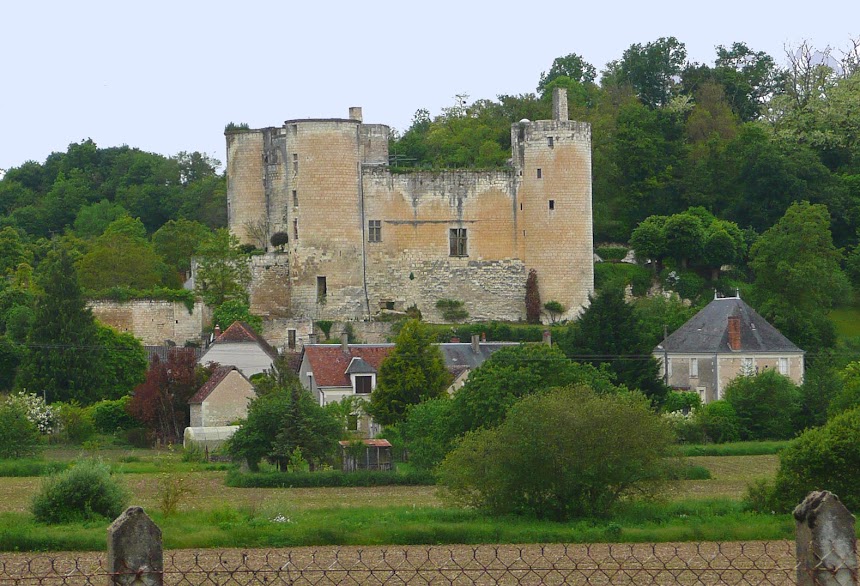 This is a view from the road as I drove through Villentrois. We usually go through the town on our way to Valençay, which is just 3 or 4 miles farther east. 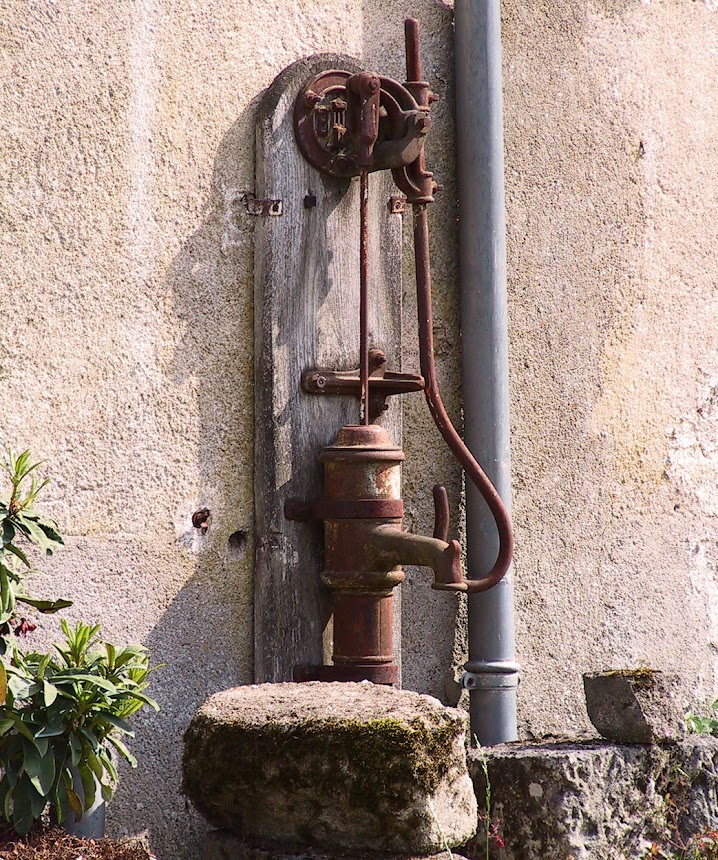 I took these photos of an old pump and a millstone down at the base of the fortress when I stopped there one day. 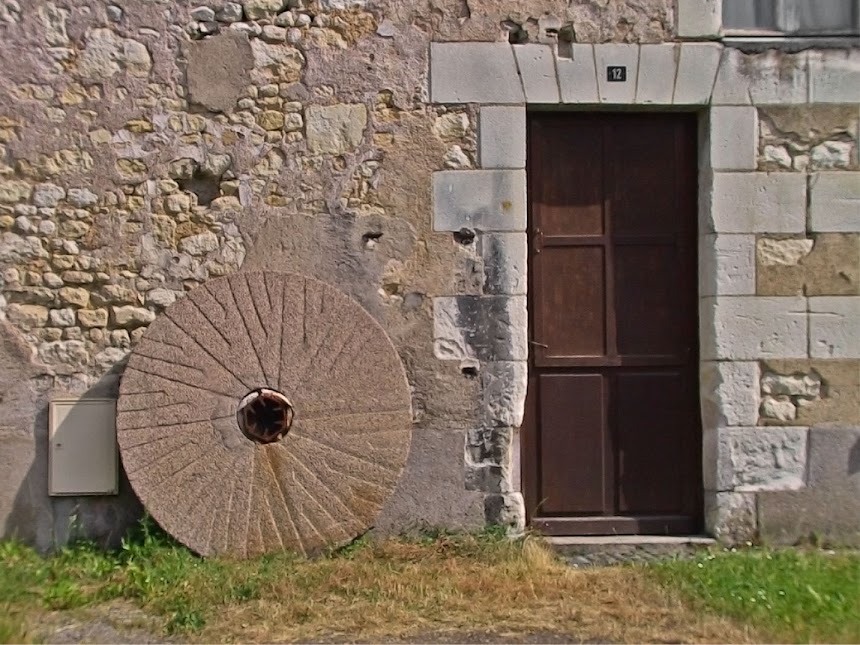 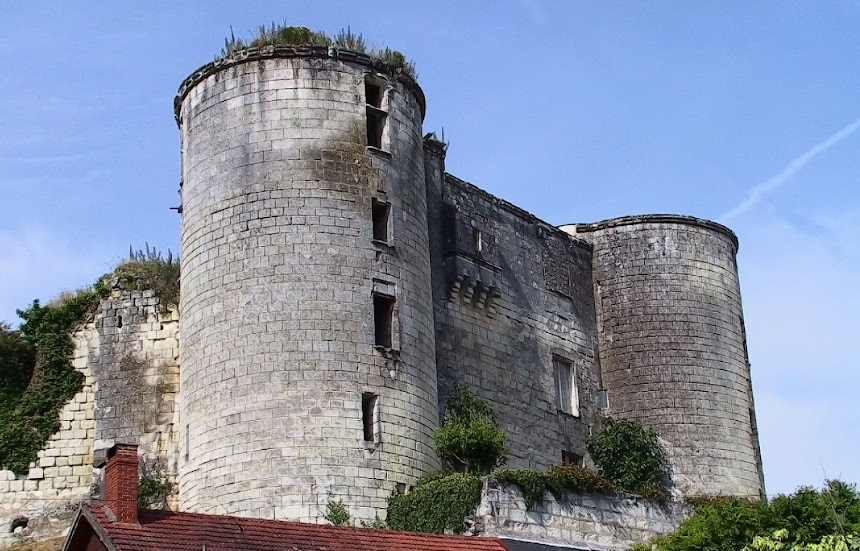