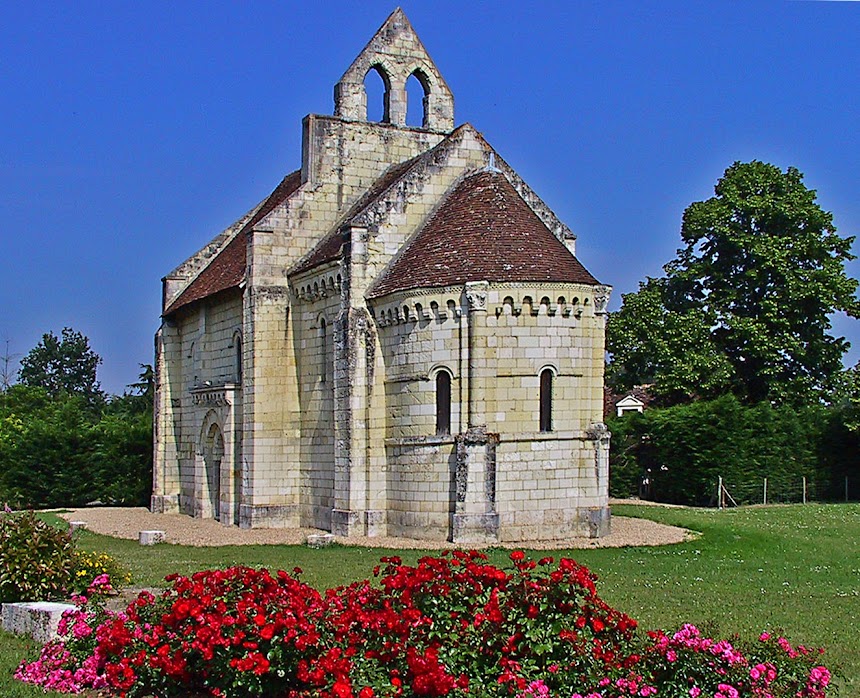 I took a friend from Paris (her name is Claude) to see the chapelle Saint-Lazare nearly 15 years ago. We were were taking pictures and she asked me if we could go inside the building. I told her it had always been locked when I'd been there before. And sure enough, the side door was bolted. On the off chance, I walked around the building to try the front door. I was surprised to find it unlocked.

I pushed it open and got my first glimpse of the interior. It was like night-and-day compared to the exterior — the building looked like a complete ruin on the inside. Claude had followed me around to the front of the building and we stood just inside the doorway, taking in a desolate, gloomy scene. We didn't dare go farther in — it looked too dangerous. 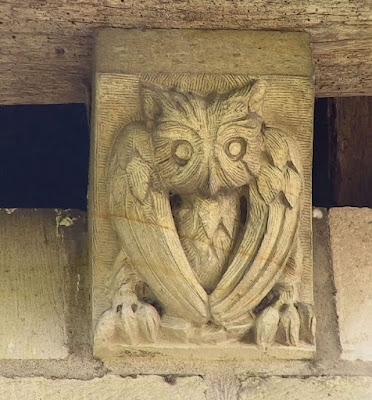 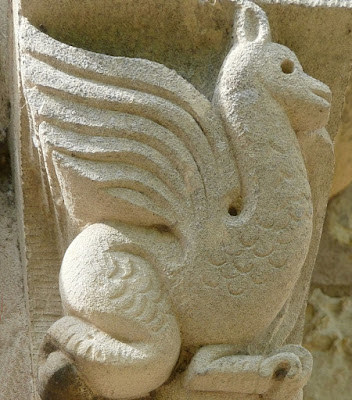 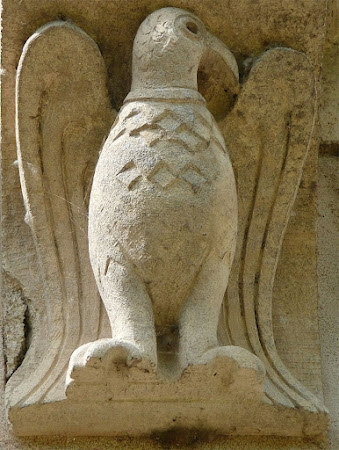 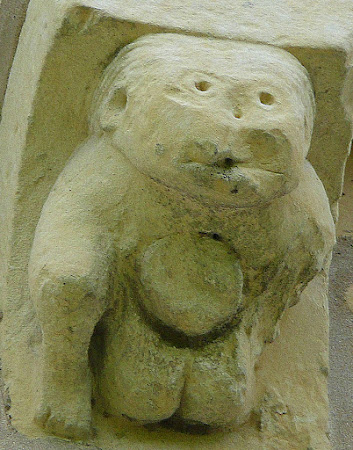 Then some movement above us caught my eye and I heard the the swishing sound of beating wings. A big white bird flew across the ceiling and ducked into a hole in the wall just above our heads. What was it? It was too dark in the chapel to see much or take a good photo.

My first thought was that the bird might just be a pigeon, but I realized that it was too big and very white. It had to be an owl. Just at that moment it emerged from its hiding place above the front door and flew across the ceiling again, landing on a stone ledge at the other end of the room and looking out at us. It looked like a ghost, and it seemed discourteous of us to have invaded the creature's space. We backed out and closed the door.

We stepped outside and walked around the north side of the chapel. I looked up at the stone carvings around the building's roof-line and the first one I saw was, appropriately, a representation of an owl. You can see a photo of it above. Later I looked through some bird books I had and saw that the ghostly bird must have been a barn owl, which is sometimes called une dame blanche in French. In the years since that day, the inside of the chapel has been cleaned up and repaired, and the building is now used as an art gallery for temporary exhibits.
Posted by Ken Broadhurst at 06:00