Chenonceau on the Cher

We wound up our long day of sightseeing on Tuesday at the Château de Chenonceau, after a stop at Chambord before lunch; a Blois drive-by; lunch and wine tasting at Vouvray; and a Kodak moment at Amboise. Chenonceaux (with an X, that's the name of the town) is about 25 kilometers (15 miles) downriver from Saint-Aignan. 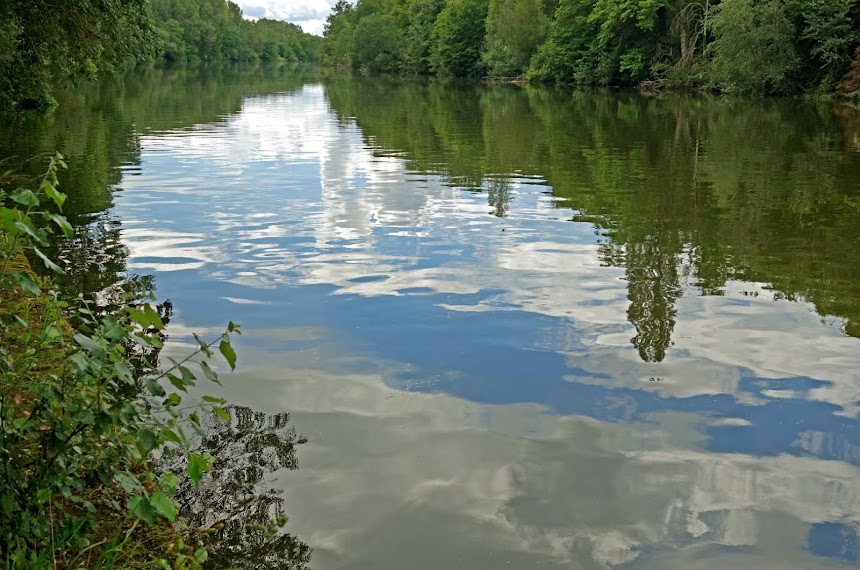 The Cher River looking west (downriver) from a spot close to the Château de Chenonceau (no final X). 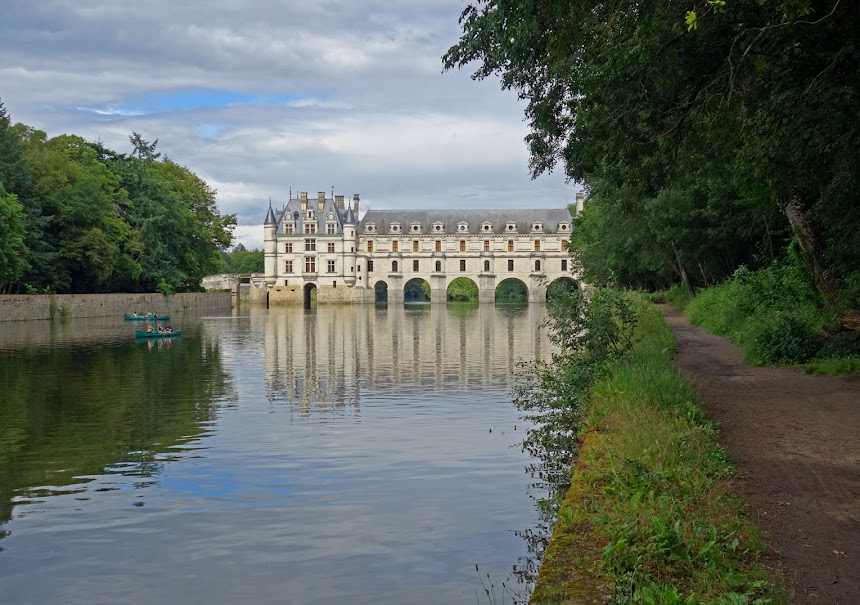 The château spans the river at Chenonceaux. It was built in the first half of the 16th century, on the site of a medieval
château that had been torn down. At Chenonceau, there's a dirt hiking/bicycle path along the left (south) bank
of the river where you can enjoy these views of the château without having to
stand in line, deal with crowds, and pay an entrance fee. 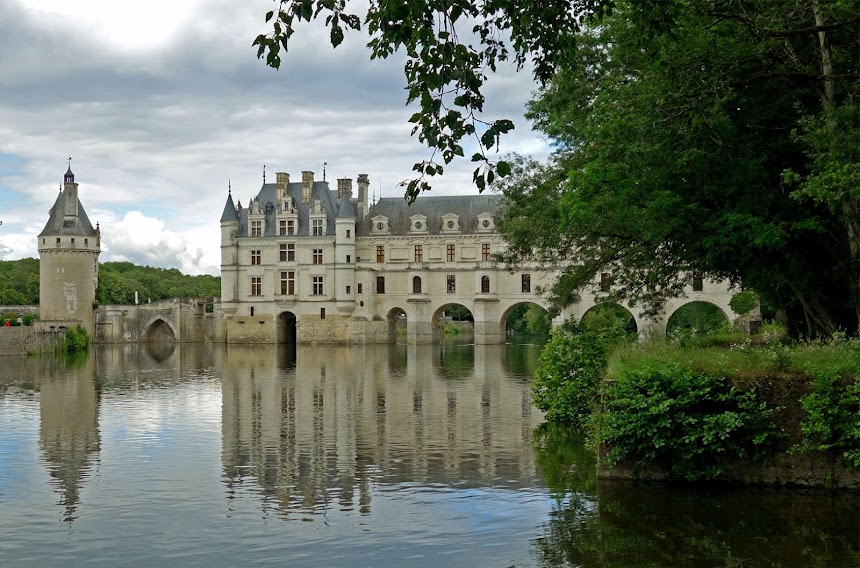 The path was pretty muddy and slippery after our recent rains, but we carefully walked about 200 meters, I think,
after we had driven as far as we could and parked the car. We wanted to see the building up close.
The tower on the left is all that remains of the earlier fortified château. 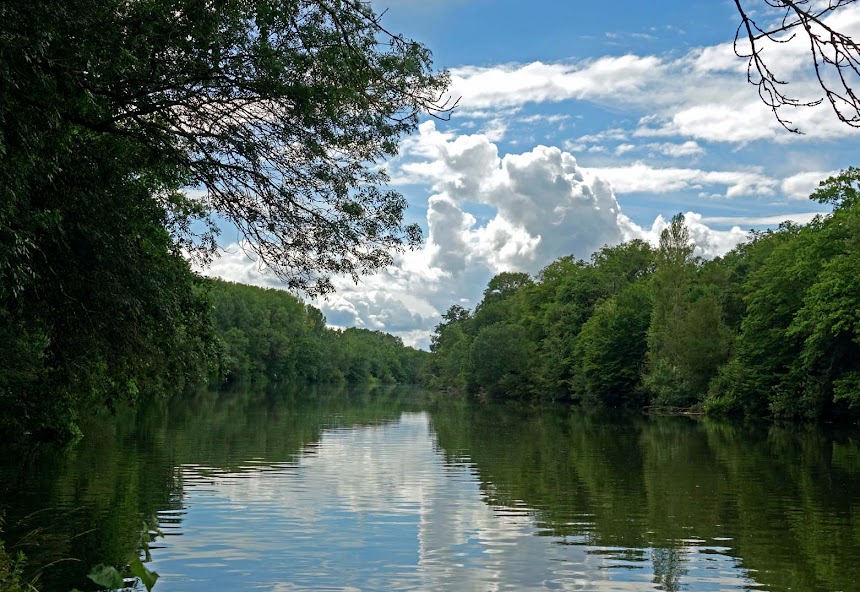 Here's another view of the Cher. I took it as we walked back to the car. We were lucky — we didn't get rained on.
Posted by Ken Broadhurst at 06:30