The chapel called Saint-Lazare is in Noyers-sur-Cher, just across the river from Saint-Aignan. It's less than two miles from our house as the owl flies (more about that later). Lazare or Lazarus was the patron saint of lepers, and there was a leper house or colony in Noyers back in the 12th century, when the chapel in my photos was built. I think that means it was a chapel where lepers could go to pray to be cured of the disease. The old hospice it was attached to is long gone, but the chapel has survived. It's located on the main east-west road in our area and not far from the banks of the Cher river.
1 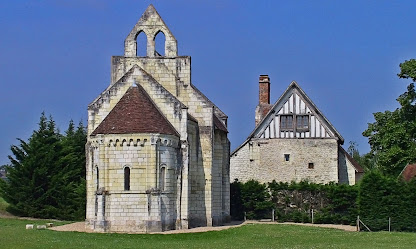 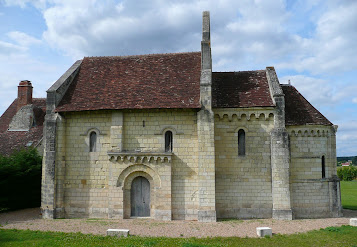 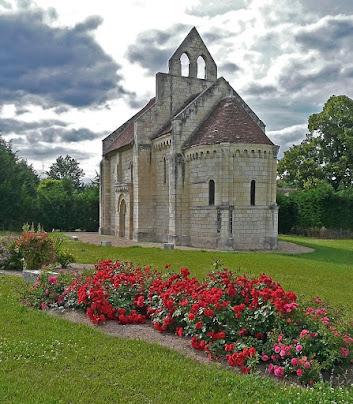 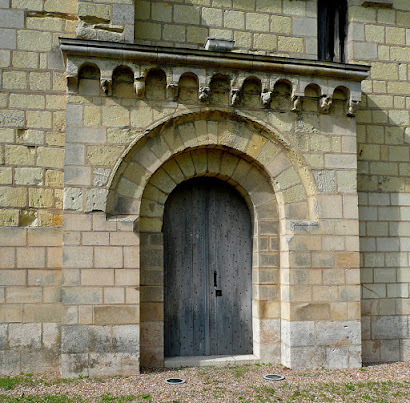 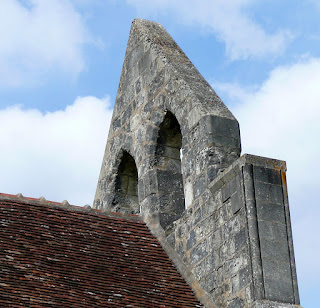 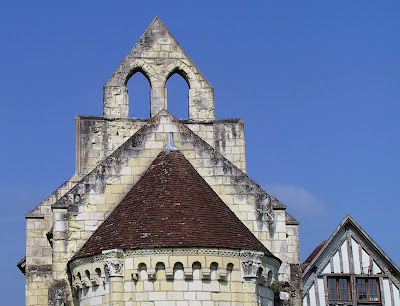