...mais c'est chez nous depuis plus de 18 ans. The time had come to get a new sofa. The old one, which we bought in 2010, was looking slightly dingy (miteux, vétuste, fatigué). The dogs have never spent time on it, but the cat certainly has. So a few weeks ago, we took the covers off the seat and back cushions and washed them. That was a bad idea. The zippers on the back of both of the seat cushions broke. So we knew we were in trouble. Here's what the old sofa looked like in November 2010. 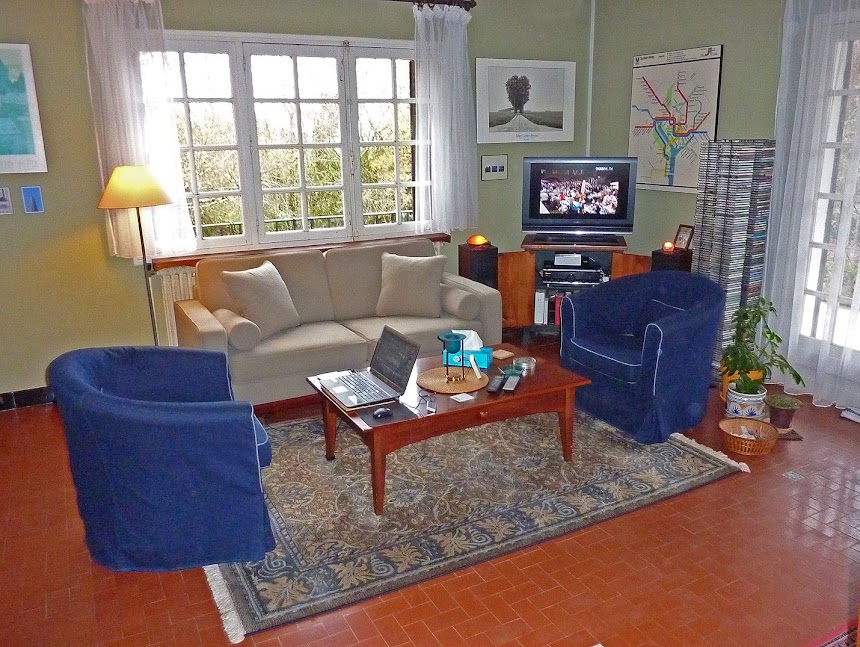 If you've ever visited (BettyAnn, CHM, Evelyn, Judy...), then you've seen the old beige sofa already. After much on-line shopping, we found the new blue sofa you see below. It's longer, with three true seats, and it's higher off the floor. It was delivered on Thursday, before we had taken the old sofa out, so we had the delivery guys put the new one in the garage downstairs. I think they were happy not to have to carry it up the stairs to the living room. Here's what the living room looks like now. 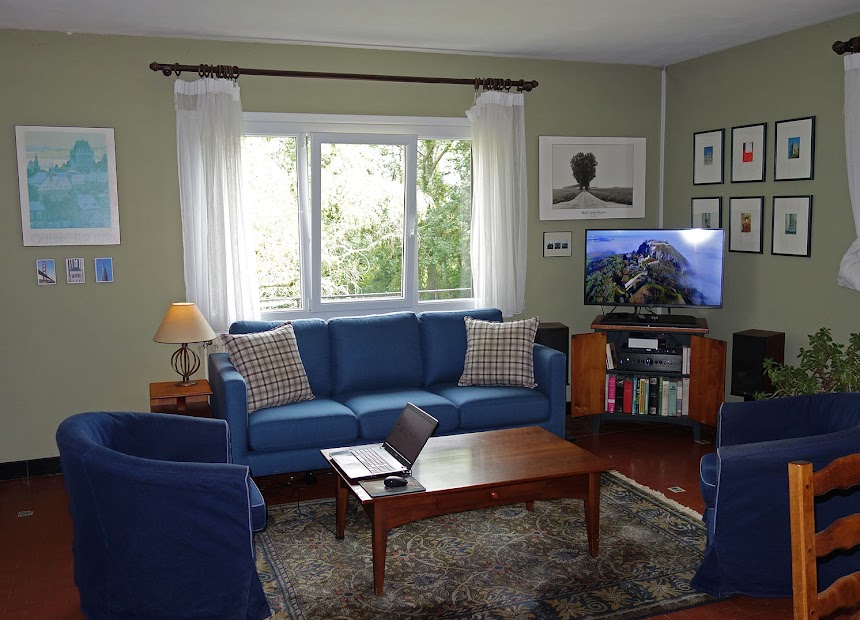 The old sofa was heavy, and getting it down the stairs wasn't easy. Thursday was a hot and fairly humid day. We both broke a sweat, for sure. Getting the new sofa up the stairs wasn't quite as hard. While there was no sofa in the room, we moved the other furniture out as well and did some spring cleaning (several months late). Walt ran the aspirateur over both sides of the rug and then mopped the floor while I went to the supermarket. Then we put (or are putting) it all back together. I think I like the new look.
Posted by Ken Broadhurst at 06:00