Yesterday I made a blanquette for lunch. That's a white stew made with meat, aromatic vegetables, and mushrooms in a creamy sauce. It's often served with steamed rice, but is good with pasta or steamed potatoes as well. And it's good on a damp, chilly day like the one we had yesterday. The recipe is not complicated, but it does take some time, because the meat has to simmer in a mixture of water and white wine for at least a couple of hours. 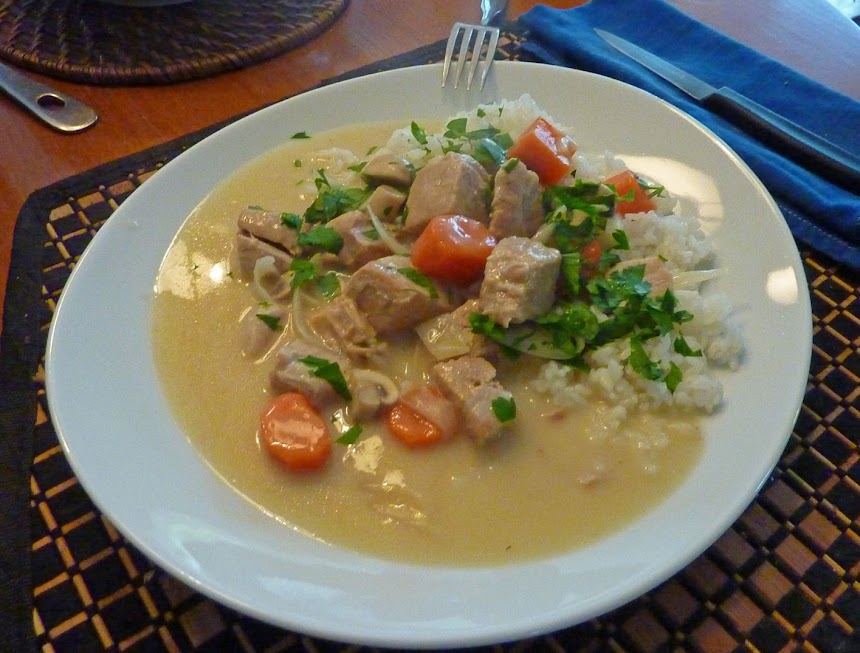 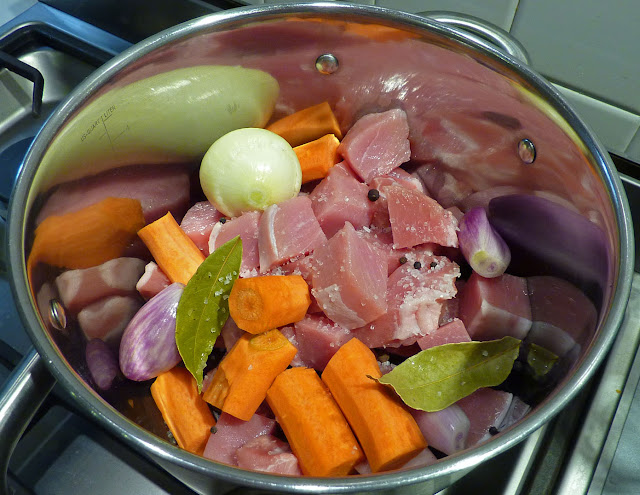 The first step is to cut up the meat into cubes — cubes as large or small as you want them to be. Also cut up an onion or a few shallots and a couple of carrots. 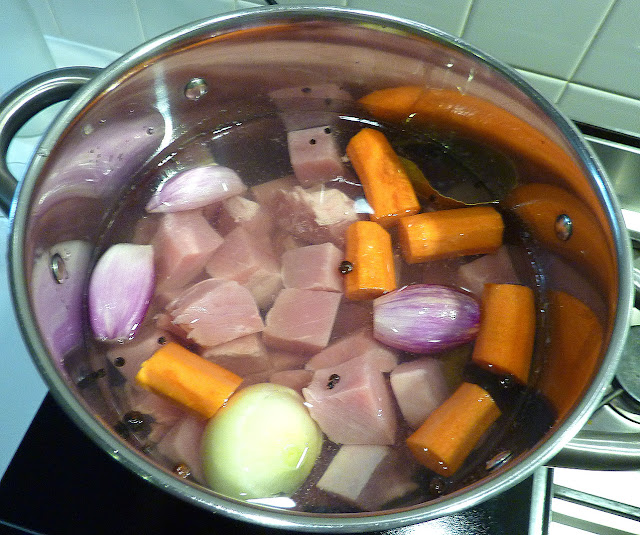 Put the cubed meat in a pot — un fait-tout in French, meaning an all-purpose pot for cooking stocks, soups, or stews — with the cut-up vegetables. Add some black peppercorns and salt, along with a few allspice berries and bay leaves if you have them. Other herbs and aromatics like celery or leeks can go into the pot too. 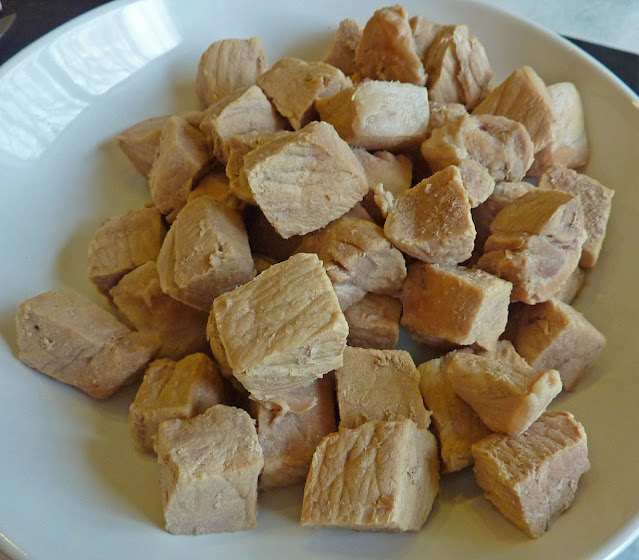 Pour in about half a bottle of dry white wine and then add enough water to just barely cover the meat and vegetables. Set the pot on the stove over medium heat and bring it to a boil. Turn the heat down to low and skim off any white foam that floats to the top. Add more water as needed to make sure the meat and vegetables remain submerged in liquid. Let the meat cook for two or more hours, until it is very tender and almost ready to start falling apart. 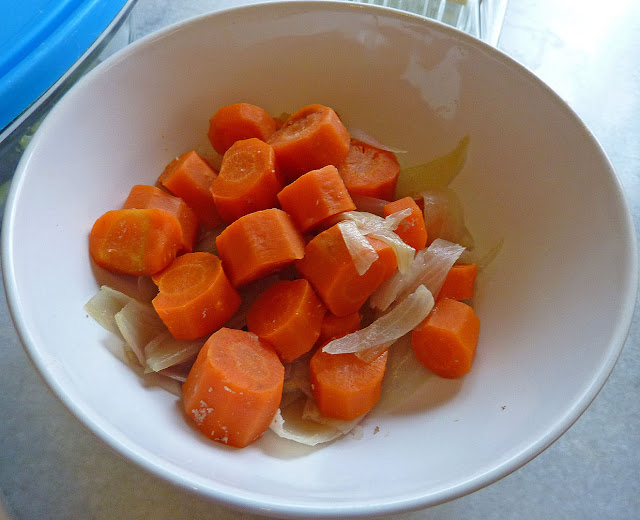 Don't rush the meat, because you want it tender. However, if the carrots and onions look like they might be starting to get over-cooked and mushy, take them out of the pot before you finish simmering the meat. I always put the vegetables into the blanquette before serving it, but you can decide not to put them in the stew if you don't want to. 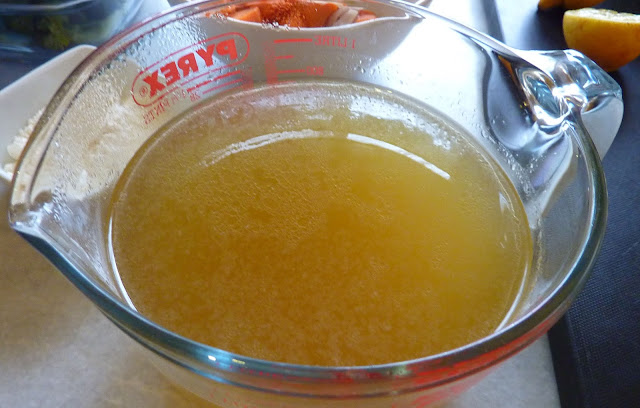 What you end up with is a good quantity (about a liter) of very flavorful broth. Pour it through a strainer to remove the peppercorns, allspice berries, and bay leaves. The next step is to make a roux and then a white sauce with the broth and some cream in which to finish cooking the meat along with some mushrooms... that's a blog post for tomorrow.