Yesterday afternoon the temperature climbed above 15ºC for the first time in weeks. I decided to go out for a long walk with Tasha between 4 and 5 o'clock. I took one of my old cameras with me — a Lumix ZS8/TZ18 that I bought in 2012 — just to see whether I still remembered how to use it. Here's the result. 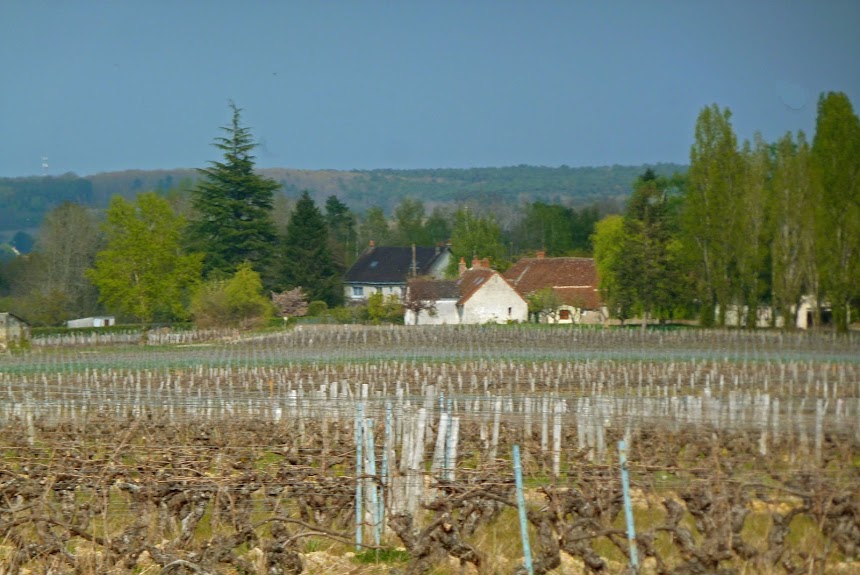 I hadn't taken photos like these in a long time, partly because it's not easy to take colorful photos outdoors in wintertime.
Here's a long view of our hamlet from out in the vineyard. It's not a great photo, but in it you can see our house.
It's the one with the dark brown roof, and that's our little white garden shed on the far left. 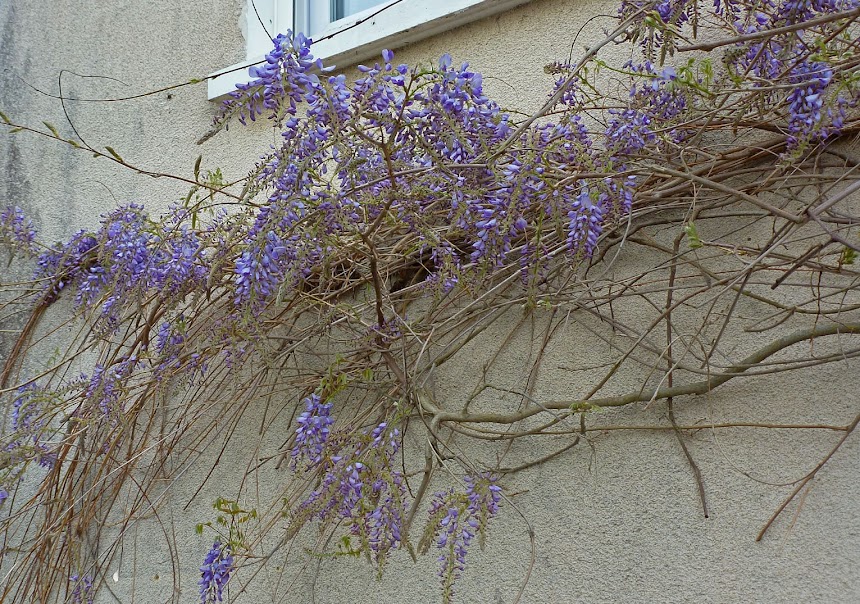 Despite early-morning temperatures slightly below or just slightly above freezing for the past couple of weeks,
the wisteria on the west-facing back wall of our house is starting to bloom. 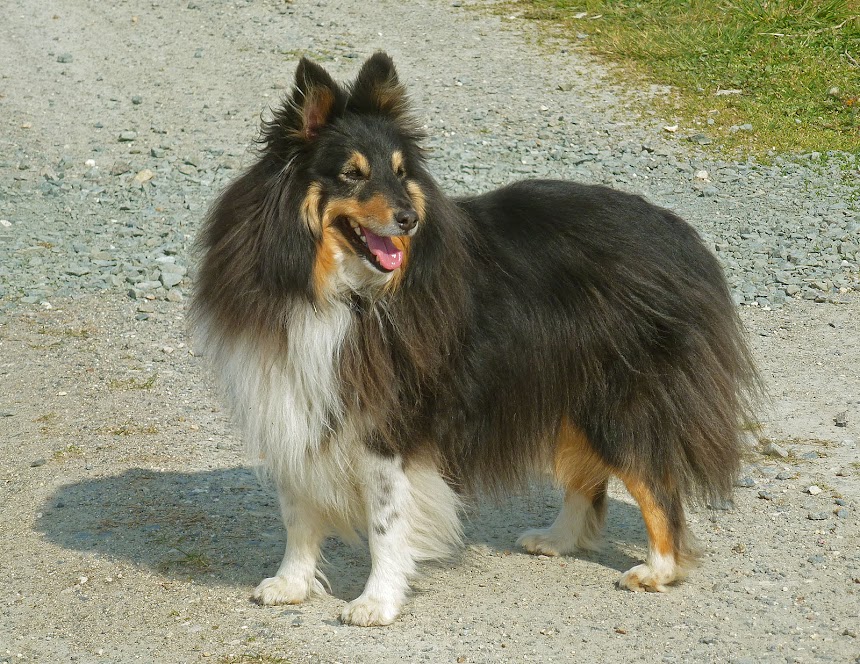 Tasha was happy enough to stop and pose for me when we got out toward the end of the vineyard road,
about a kilometer from the house. Even in her current scruffy condition — the groomer's shop
is closed during the confinement — she's looking pretty good. 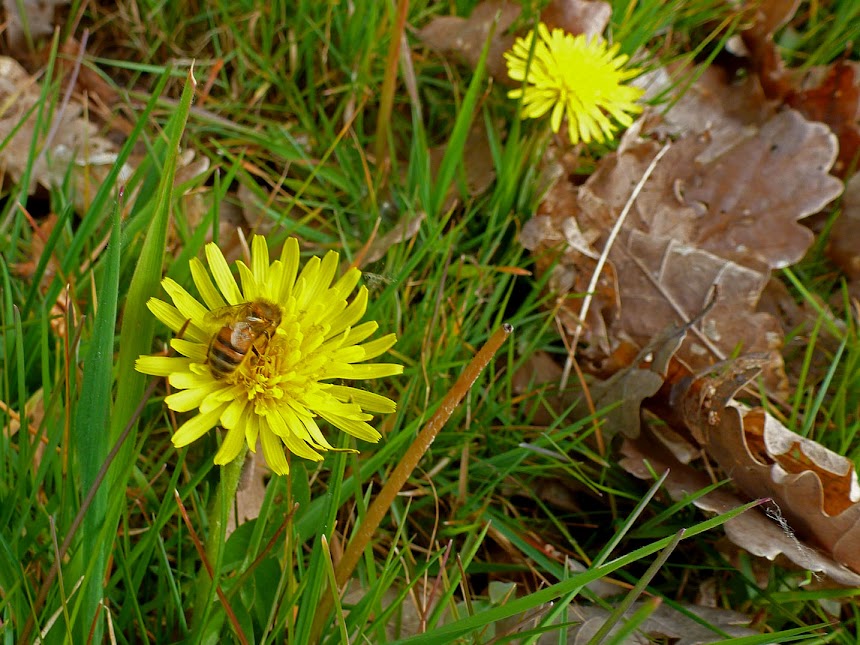 One flowering plant that doesn't seem to be deterred by the cold mornings is the local pissenlit or dandelion.
The afternoon was warm enough that some bees had come out to fly around and visit what flowers they could find. 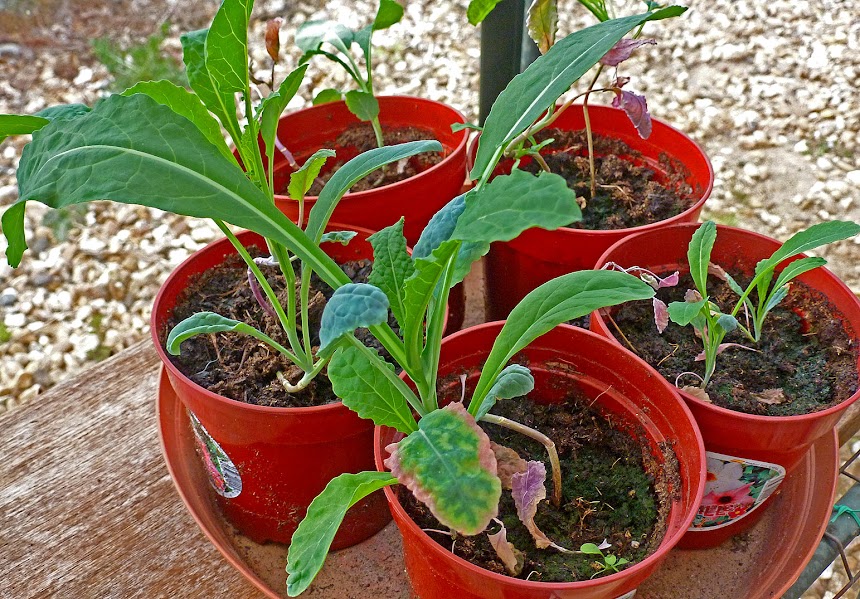 Meanwhile, in the green house, I have some kale plants that are finally starting to show signs of life.
I planted them last summer, and they made it through the winter in a big pot outdoors.
I transplanted them into small pots and put them in the greenhouse about a month ago.
Now I'm optimistic that I might have a summertime kale crop. 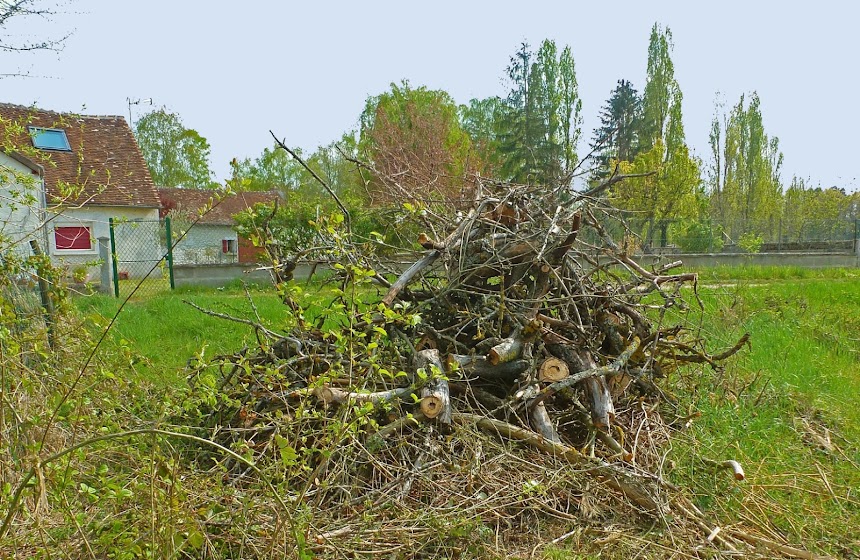 Meanwhile, this winter (it doesn't actually feel like spring here yet) has been hard on local trees.
Here's another one, an apple tree, that has mordu la poussière (bitten the dust).
One of the vineyard workers cut it down and cut it up a week or two ago.
It was a tree that produced some of the neighborhood's most delicious apples.