A look around the back yard

Yesterday I decided that today would be the day that would finally see me tackle the vegetable garden. The ground is dry, temperatures are mild, and I'll need to till up the soil in the garden plot twice — once now, and again in three or four weeks before we set out seedlings and kick off the growing season. We've decided to have a smaller garden this year, because we are de-commissioning one of our three freezers. That means fewer tomato and zucchini plants, along with some kale and maybe chard if we can get it growing. 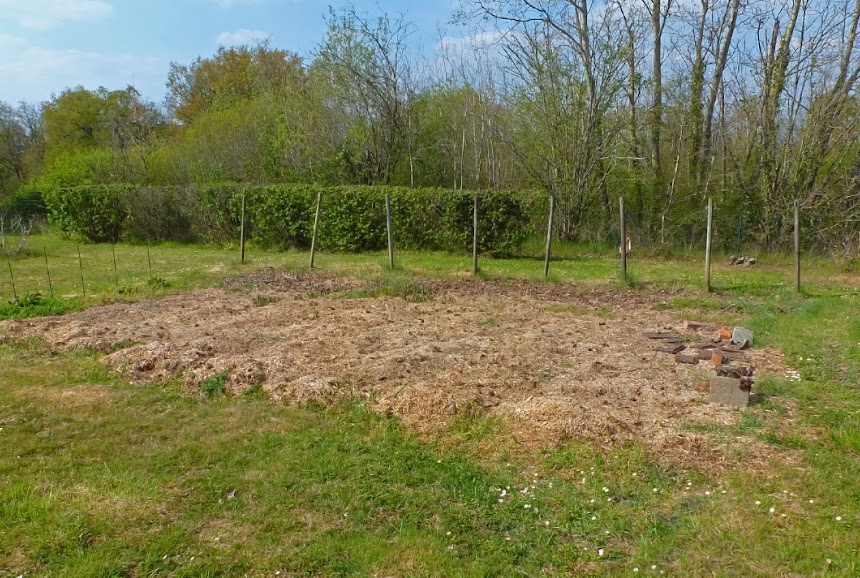 Because recent summers have been so dry, we've invested in soaker hoses this year to make watering easier and more effective. As you can see, the ground is extremely dry right now. On the radio yesterday while I was driving to the supermarket, I heard a report about drought conditions in France right now. The reporter said the the area worst affected is the Loire Valley from Orléans west to Nantes and the coast. That includes Saint-Aignan. 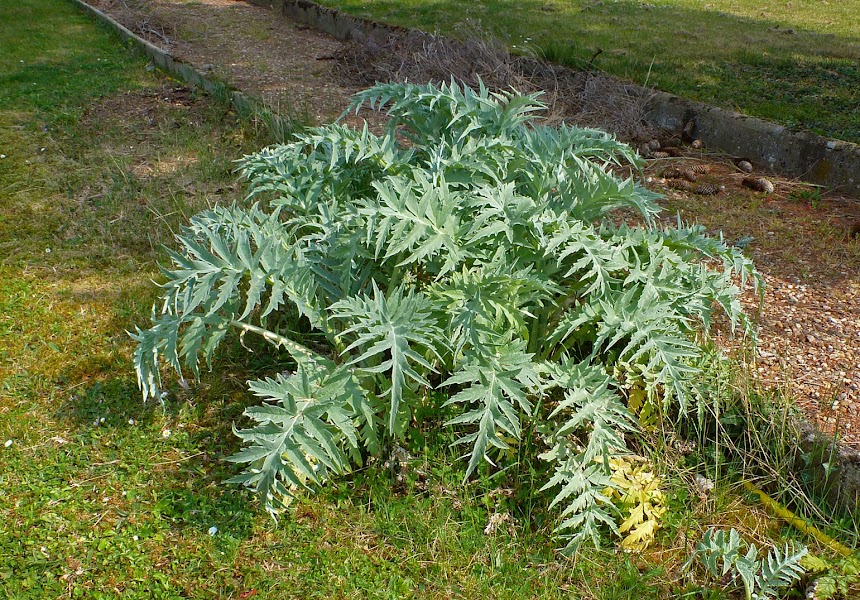 Here's "old faithful" — the artichoke plant we put in the ground a decade ago or more. It's basically decorative, because we don't harvest the artichokes that grow on it over the summer. 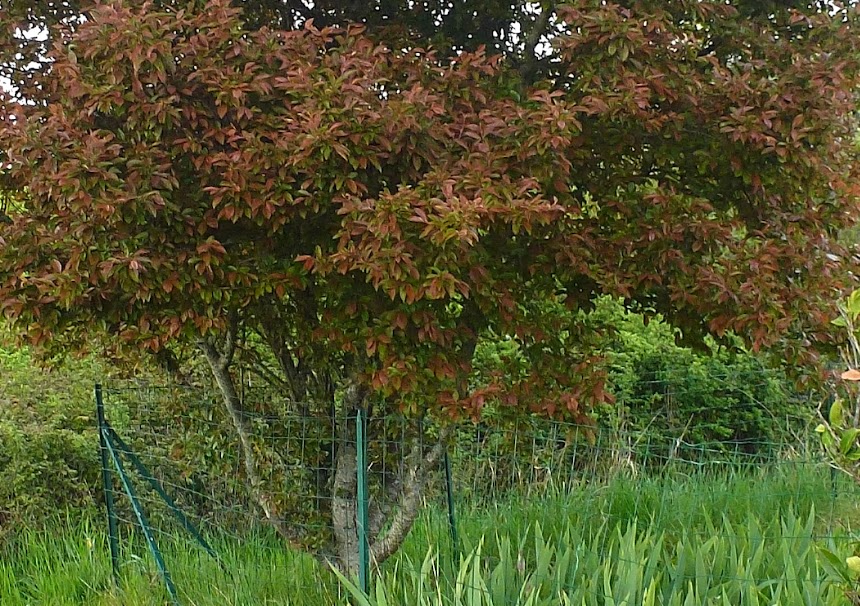 And here's my plum tree. I grew it in a big pot from pits I saved when we picked and cooked plums from our neighbors' trees. I planted it in the ground more than ten years ago. Here's a post about the tree from 2010. It was really covered in blossoms about a month ago — it flowers early in the season — so I think we might get a lot of plums this year, unless the birds get them first. 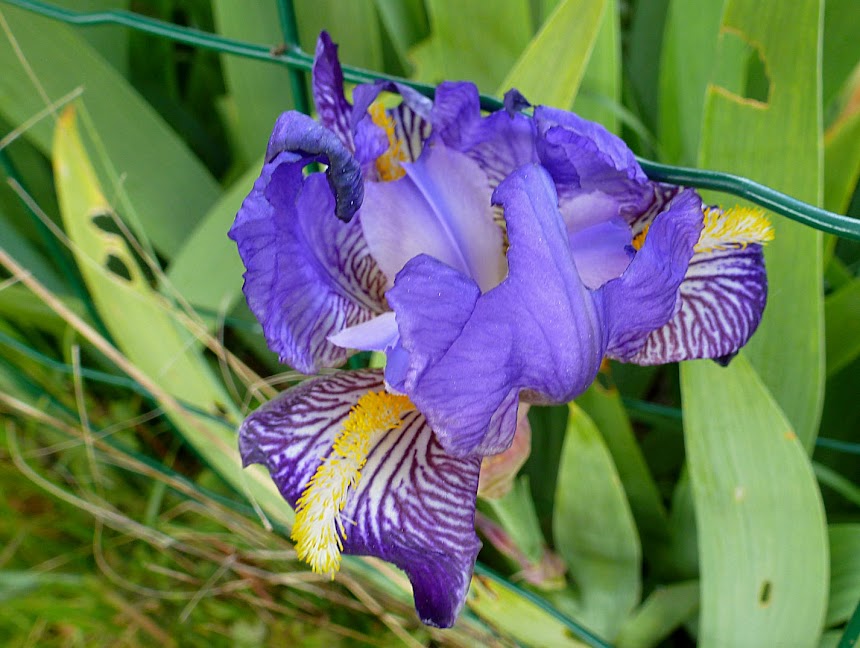 We have a lot of irises in different spots around the yard. A project for this summer is to dig up some of the bulbs and plant them under the edge of the hedge out along the road. I see them growing like that in several yards around Saint-Aignan. They look really good. 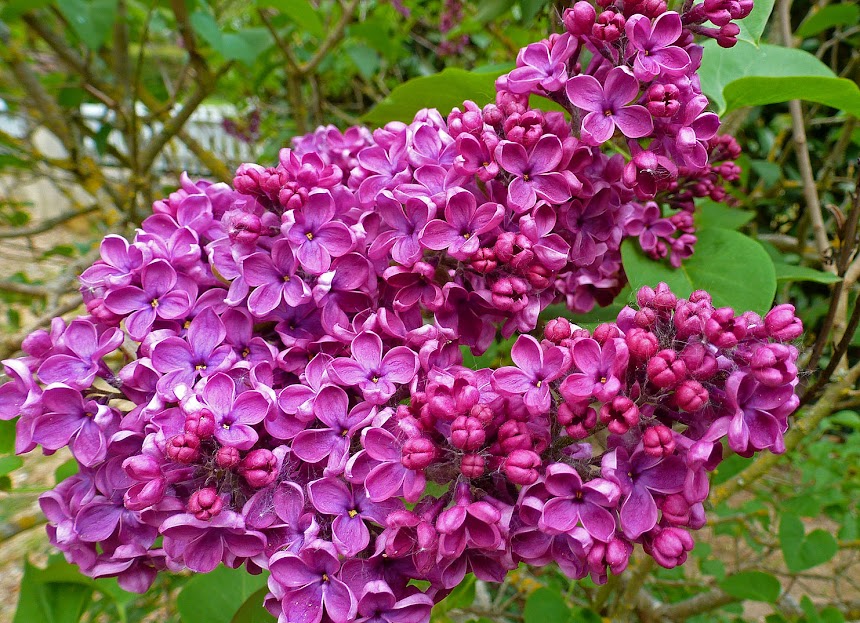 This is a lilac bush that Walt planted in the back yard, close to the house, many years ago. It's got a lot of flowers on it this year. It also comes into flower early in the season. Some of these "newer" plants are especially welcome now, since we've had more than half a dozen trees and shrubs die off over the past couple of years. 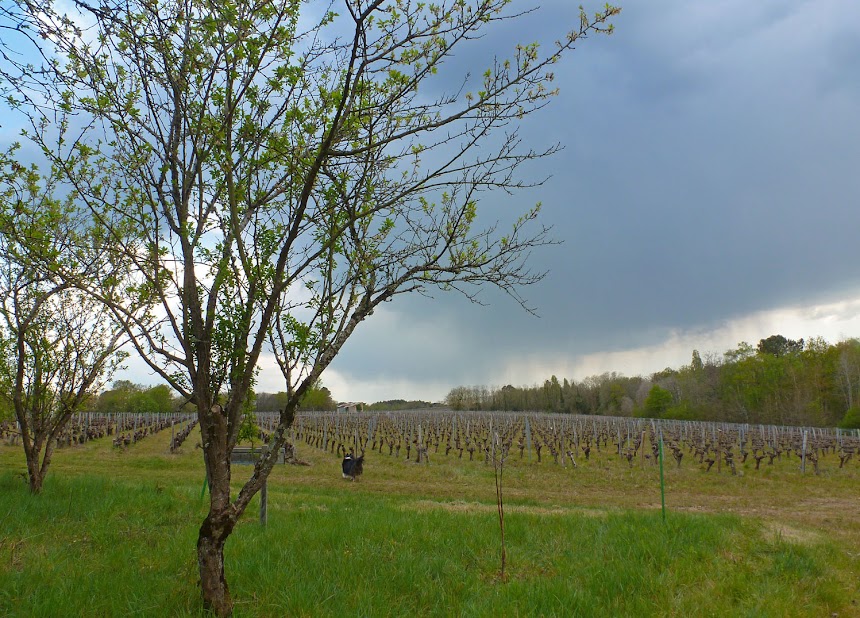 I'm seeing more and more new growth on the grapevines in the vineyard out back, now that the weather has finally warmed up. I think the recent freezing mornings came early enough in the season for the vines to be able to recover and start putting out new growth for a second time. We'll see if that's the case...
Posted by Ken Broadhurst at 06:00