Eighteen years ago Walt and I became the owners of the house outside Saint-Aignan that we now live in. We had first seen it in December 2002, and I had come back in February 2003 to make some final arrangements for the closing (they called it les signatures). We were still living in Calfornia. Instead of flying back to France a third time in less than six months, we went to the French consulate in San Francisco and signed a power of attorney (une procuration) authorizing the French notary handling the transfer to sign for us. 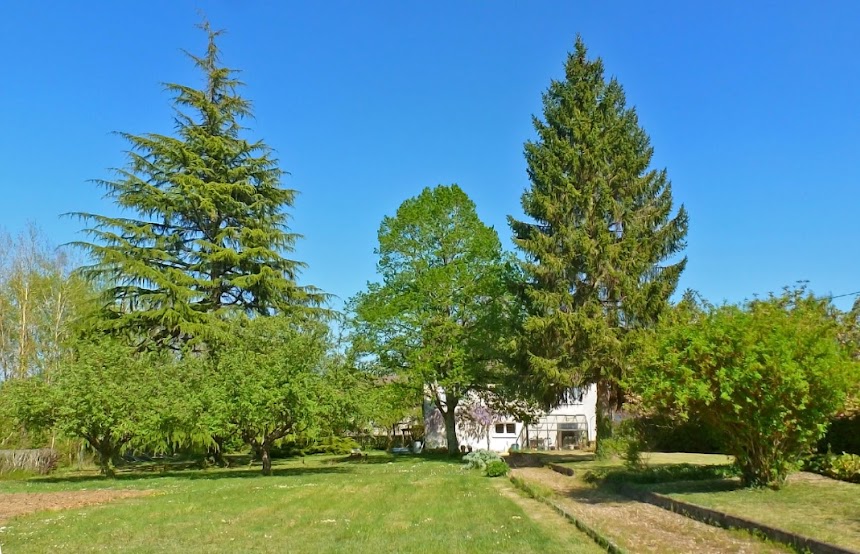 This is our back yard and house in Saint-Aignan. 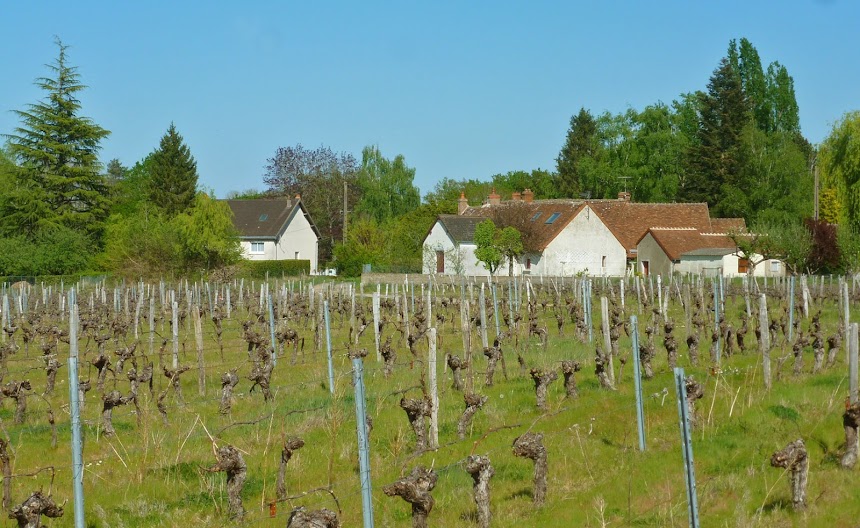 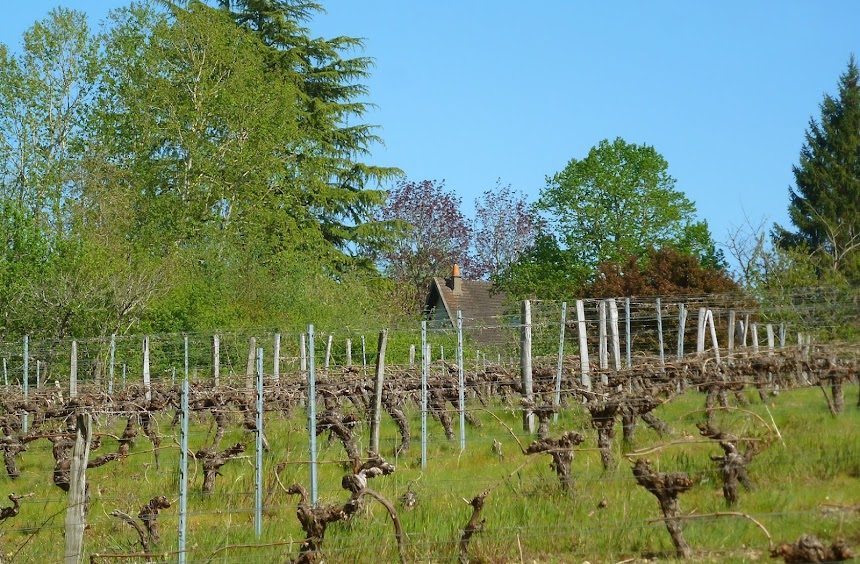 You can just barely see the roof of the house from this point in the vineyard out back.
The signatures took place on April 24, 2003, while we were still in California. We had already sent the money to pay for the house, but we couldn't move to France until our long-stay visas came through. That happened in late May, and we immediately bought plane tickets for a June 1 departure date. That day was the 20th anniversary of our life together as a couple. As a same-sex couple, we weren't allowed to get married until 2012. 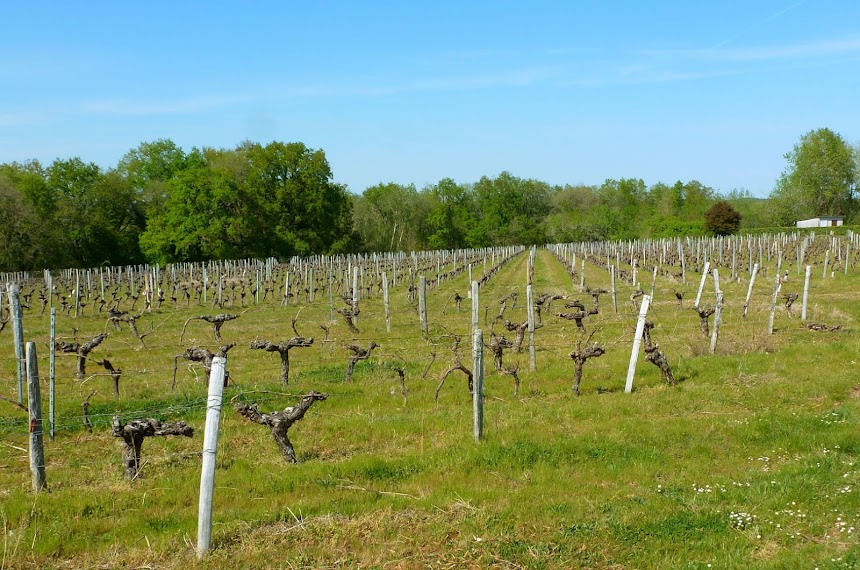 I've now lived in this house longer than any other place I've ever lived. I lived at my parents' house in North Carolina from 1951 until 1967. Then I lived in a lot of apartments in N.C., Illinois, France, and Calfiornia (1967 until 1995). In 1995, Walt and I bought a house in San Francisco and lived there for eight years until we sold it in 2003 in order to buy a house in France. (That little purple spot on the photo above is the little plum tree that I planted in 2010, near our garden shed.) 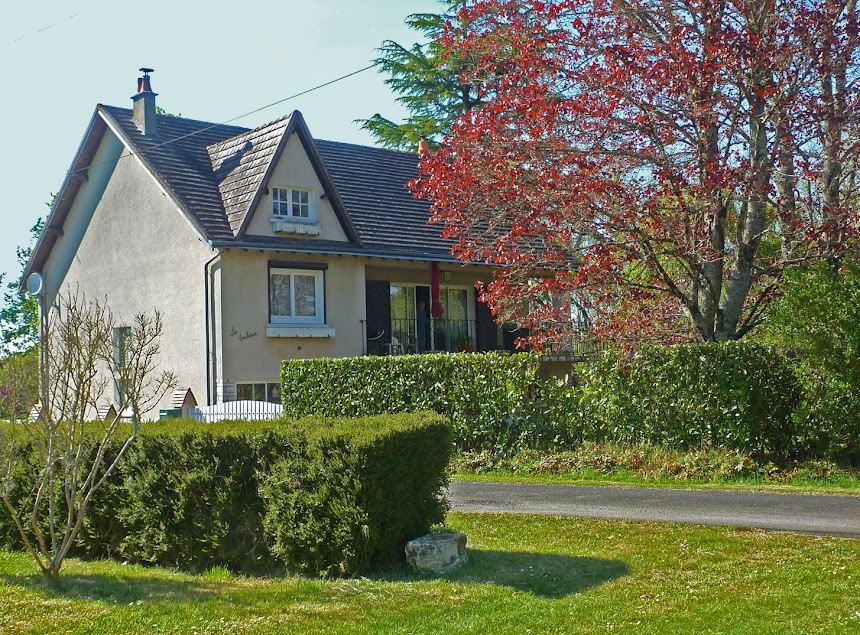 Here's the front of the house, with the red maples planted in front just now leafing out. We've made a lot of changes in 18 years, painting every room, having many new windows put in, and having the unfinished attic space converted into a big room we call the loft, nearly doubling our living space. 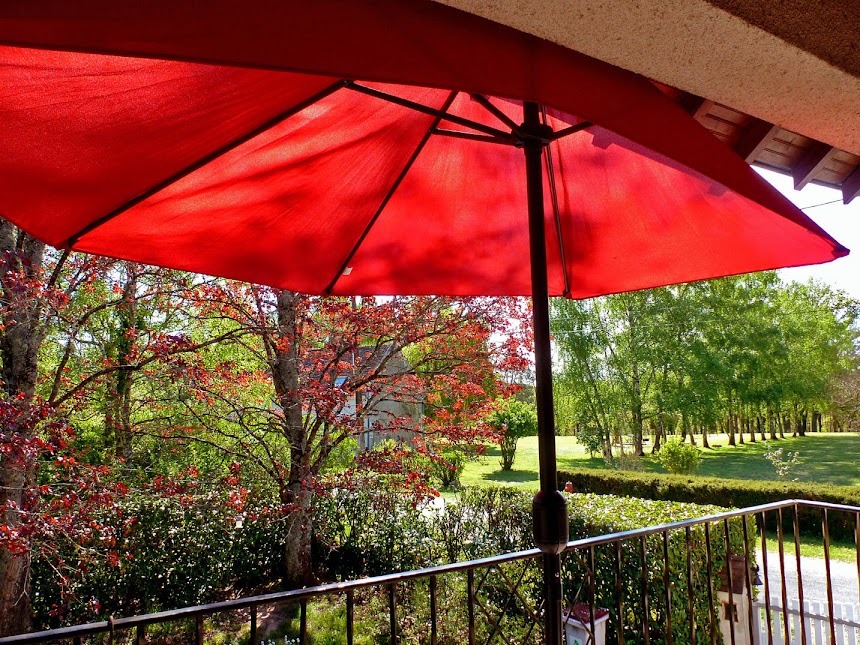 I know Walt posted a photo like this one yesterday, but I couldn't resist posting the one I took as well.
Posted by Ken Broadhurst at 07:20