Not far from the Chardonnay vines I blogged about yesterday, I came upon a little apple tree that was covered in blossoms. Apple trees bloom a little later than other fruit trees, and now that the weather has warmed up this tree should produce a good crop. The people who own the land it grows on live in Brittany and haven't been here in more than a year, so I guess we'll get some apples in autumn. Here are the photos, as well as a few quotes and a proverb about pommiers (apple trees) that I found on the internet. 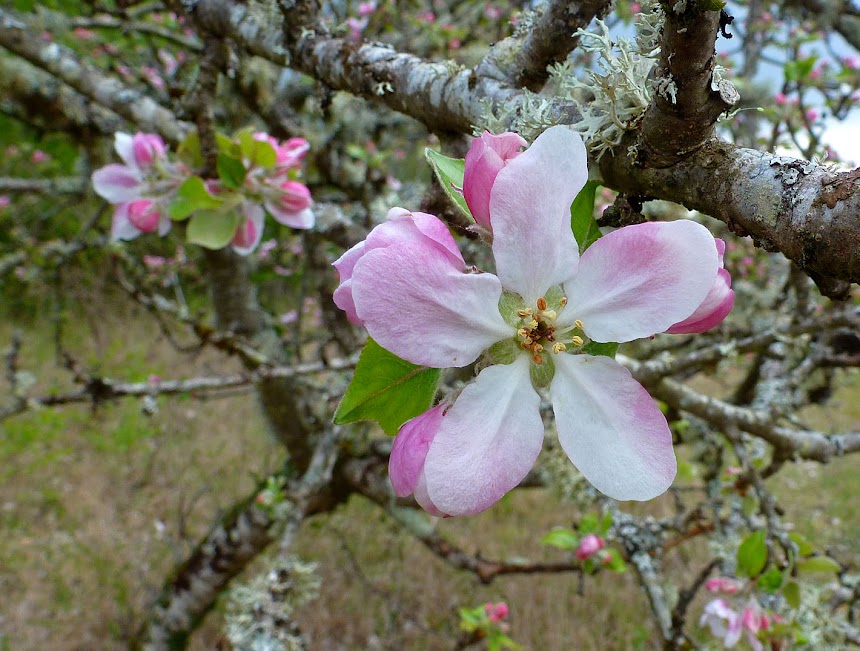 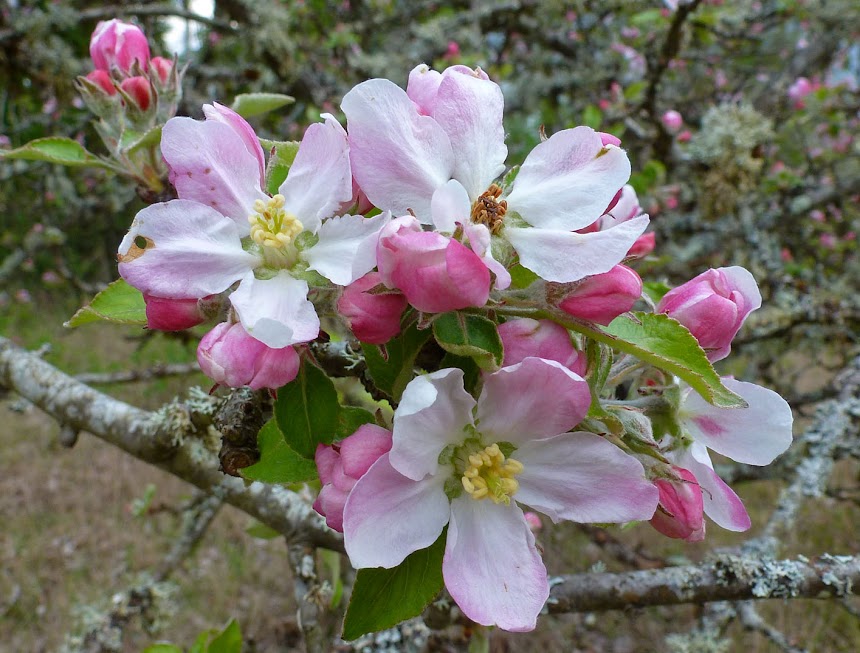 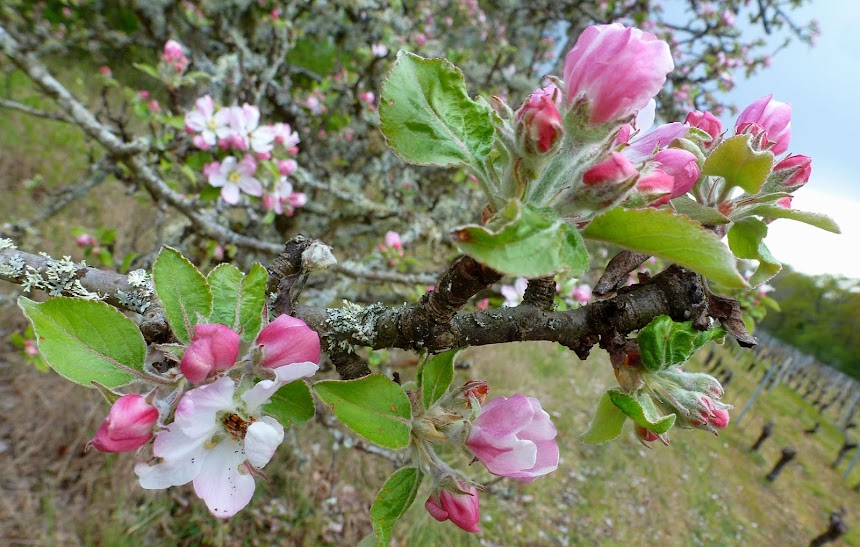 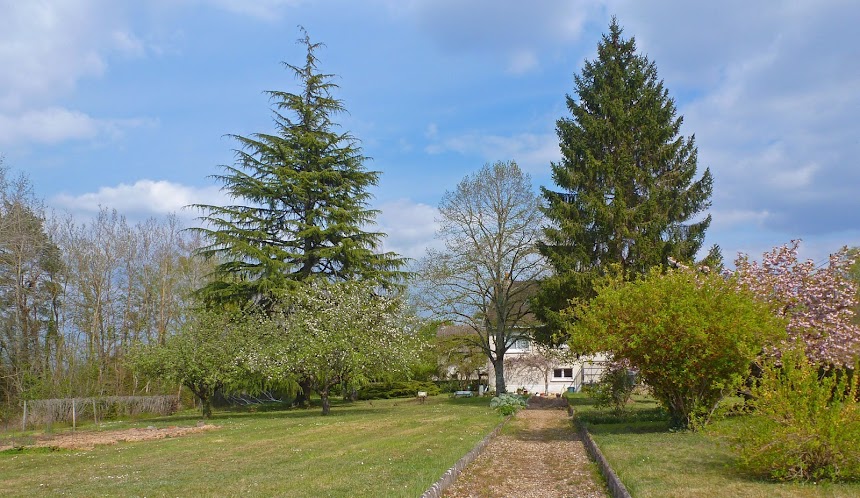 The two small trees on the left in this photo are apple trees (in front of the big cedar) and at least one of them is in bloom. 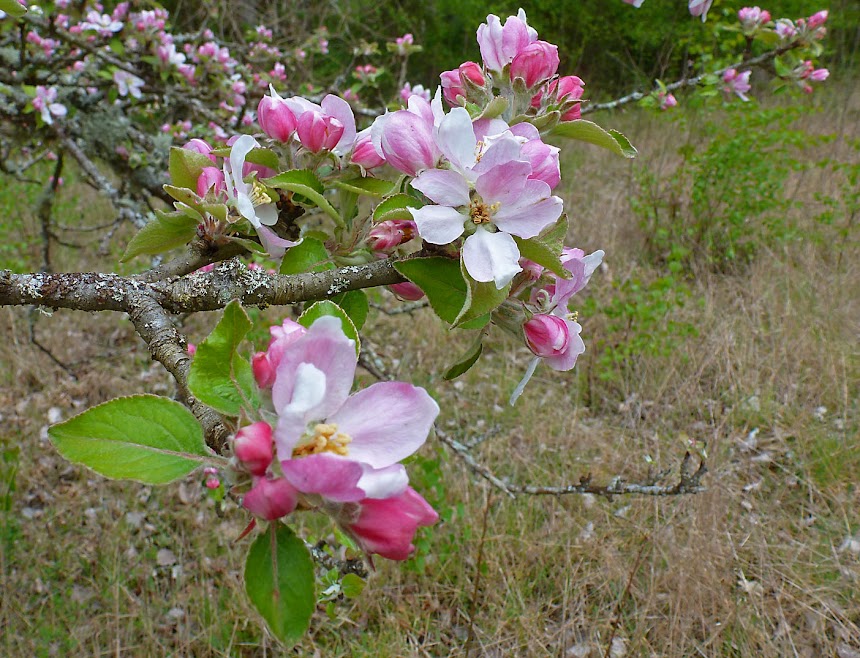 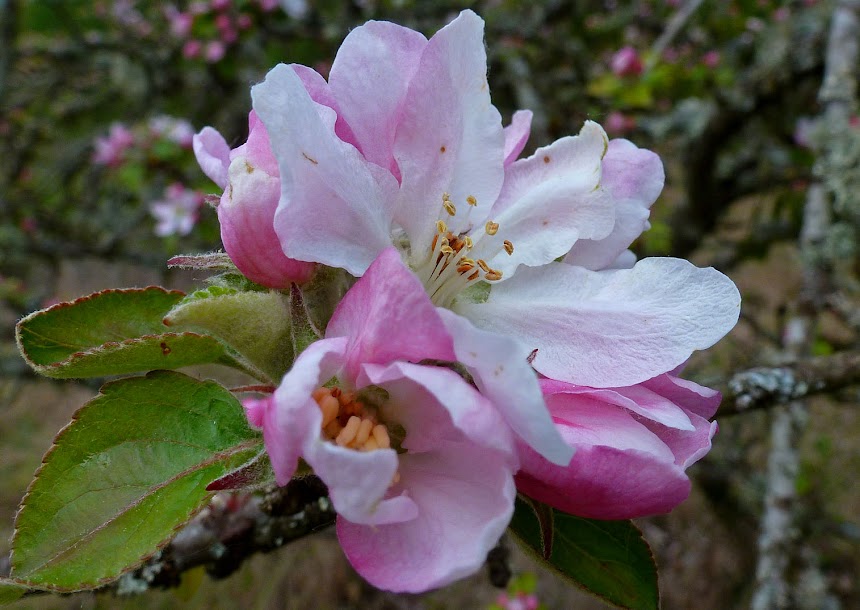 Unfortunately, two of the four apple trees that we used to have in our yard, along with a pear tree, have died over the past couple of years. On a cheerier note, yesterday morning when I was out walking with the dog, I noticed quite a bit of new growth on the vines in a parcel that is planted in Chenin Blanc grapes.
Posted by Ken Broadhurst at 06:00