Found in the freezer: radish-leaf soup

Another thing we found in the bottom of the chest freezer was a block of radish-greens soup. It was labeled as such; otherwise we might never have figured out what it was. I had either cooked and then pureed the radish leaves, or pureed them raw and then cooked them, to make the soup. It was a potage, which is a pureed vegetable soup. 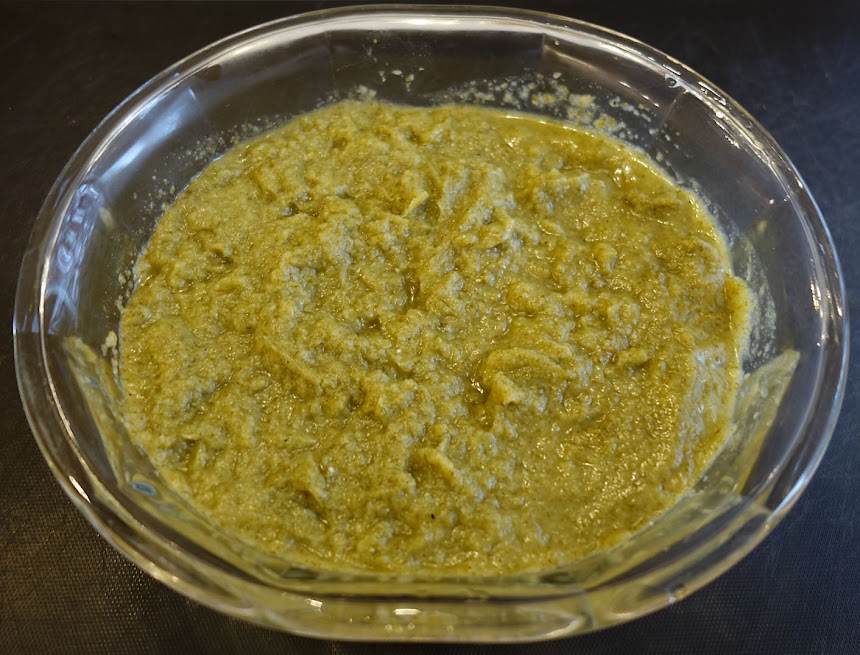 Here's the pureed radish-leaf soup after I thawed it in the microwave. I wonder if it didn't have potato in it.
Anyway, we tasted it and it was delicious, so we didn't throw it out. 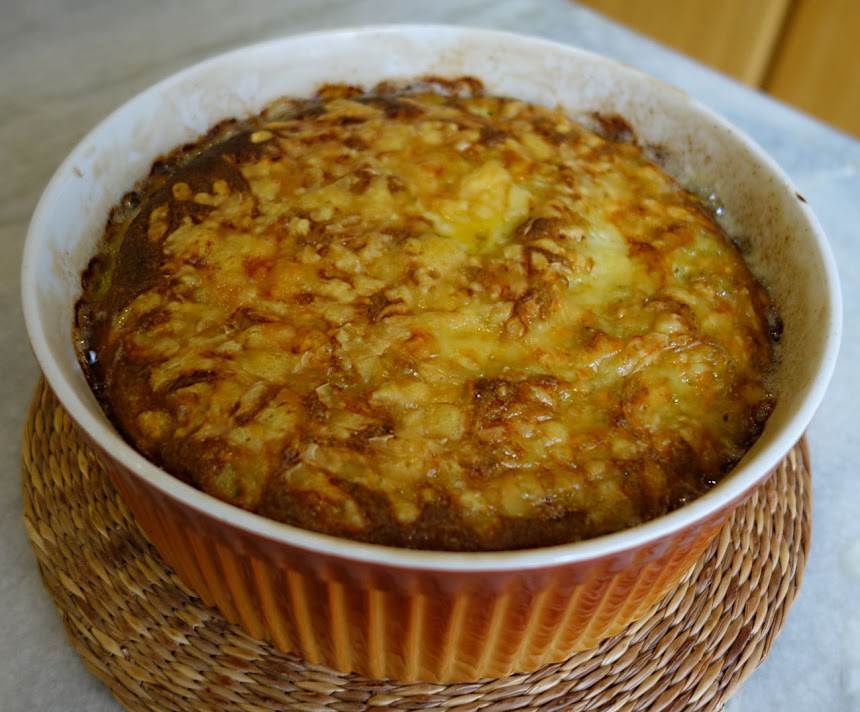 Instead of eating it as soup, I decided to make a timbale or gratin out of it by adding eggs and cheese and then
baking it. After doing a lot of recipe-reading, it occurred to me that I could use the radish-leaf puree to make
a Jacques Pépin style faux soufflé. Here's a link to an old post about that easy method for making a soufflé. 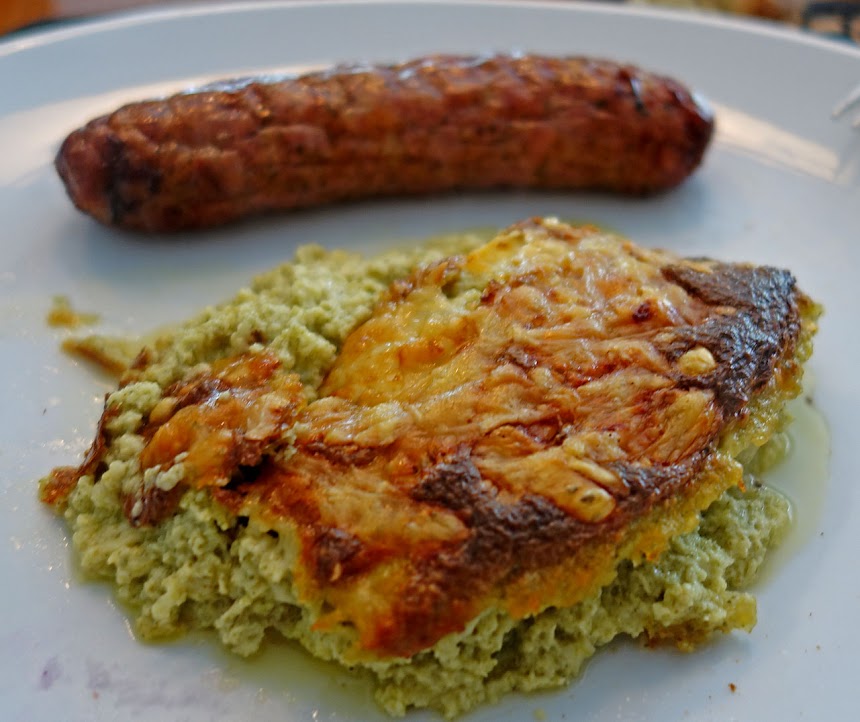 We ate the radish-leaf soufflé with some Toulouse-style sausages that Walt cooked on the barbecue grill.
And the soufflé was so good that I had another little bowl of it for supper last night. 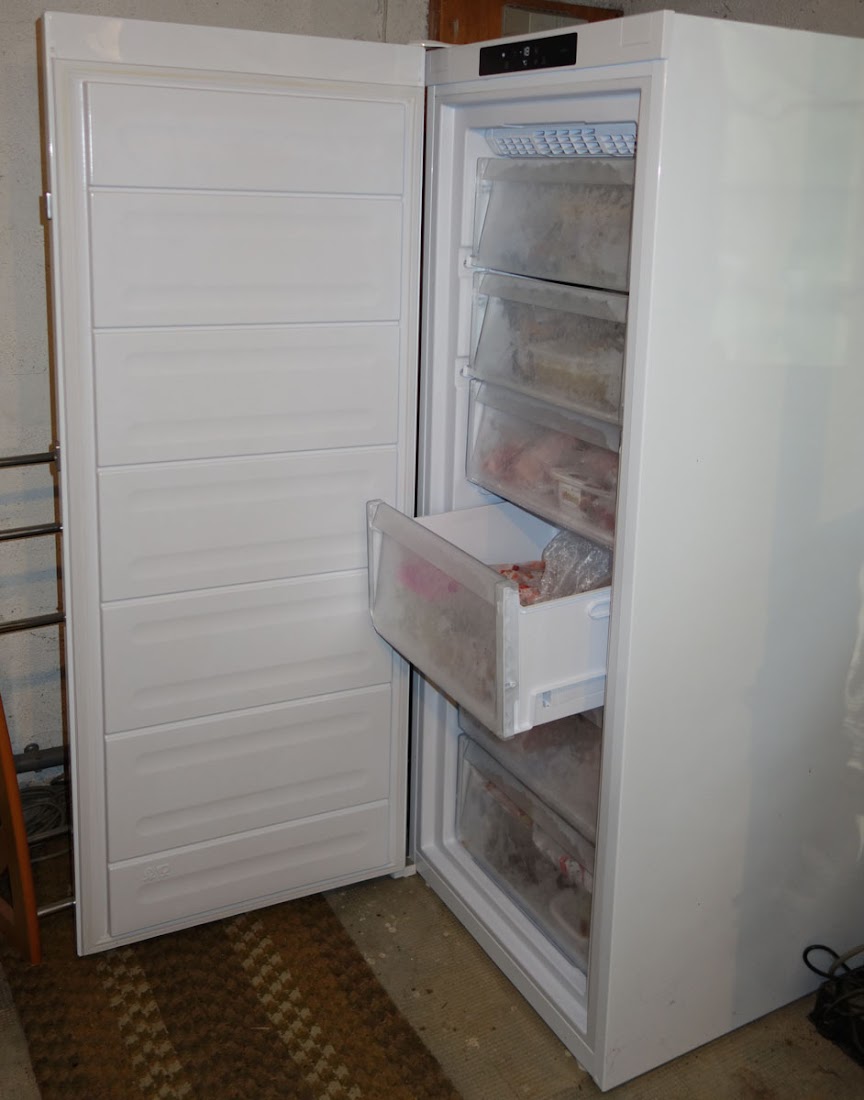 By the way, here's what our upright freezer (un congélateur-armoire) looks like. It has four slide-out drawers and
two compartments at the top that have drop-down doors on them. As we've mentioned, one great thing about
this freezer is that it is frost-free. It's capacity is about 8 ft³ (that's 222 liters — in France, the capacities
of things like ovens, refrigerators, freezers, and even car trunks ("boots") are given in liters). 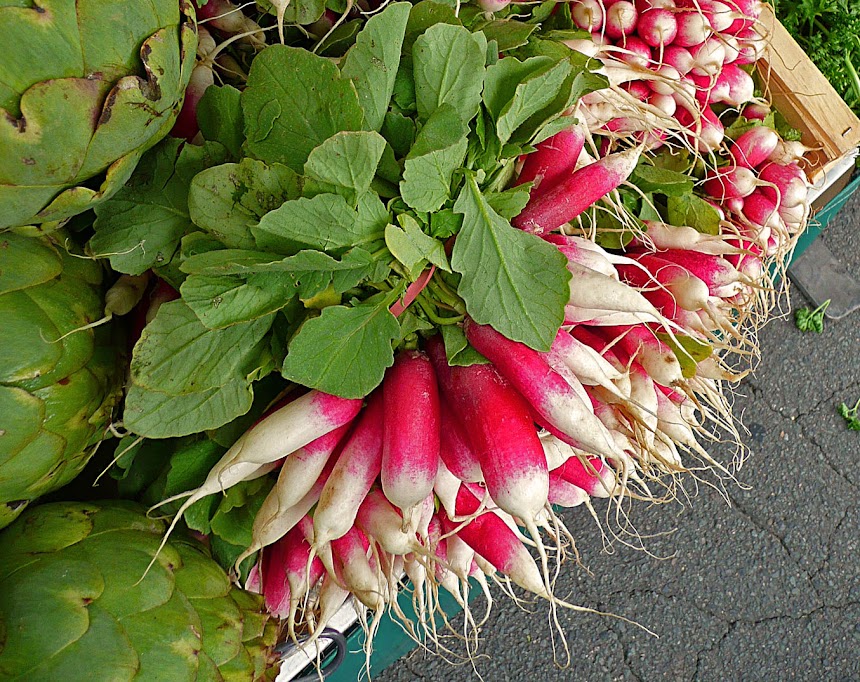 As for eating radish leaves, here's what French radishes, called radis roses (pink radishes) in French, look like.
When the green leaves aren't past their prime, they are good cooked and have a peppery taste.
You can cook them in liquid or sautée them in butter or olive oil. 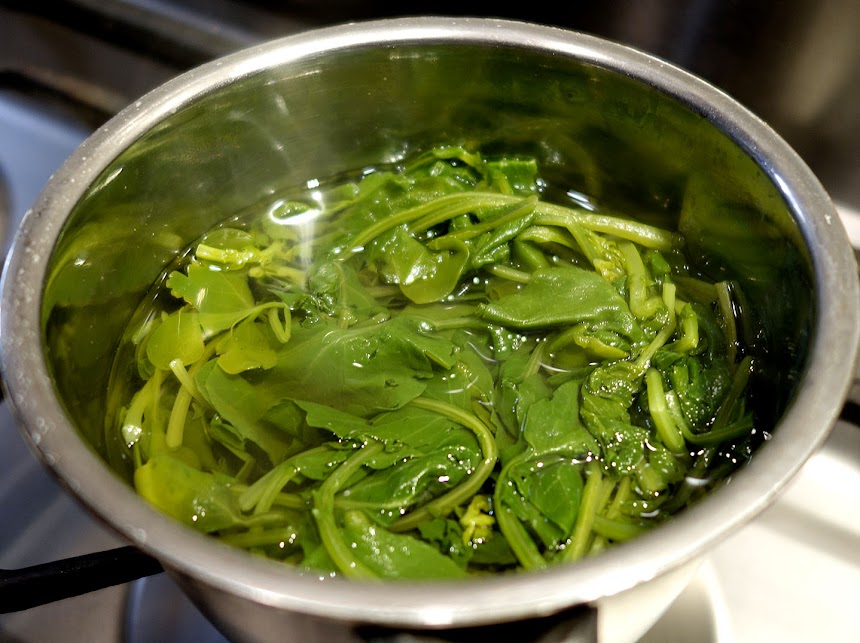 Yesterday, Walt brought home a beautiful bunch of radishes from the supermarket. The leaves were pristine.
I'm cooking them now. I cook them the way I would cook chard, spinach, or turnip greens, for example. Here's a link to an old post about cooking both radishes themselves and their green tops.