This is the second of two posts about a cooking experiment. Click here for the first post. 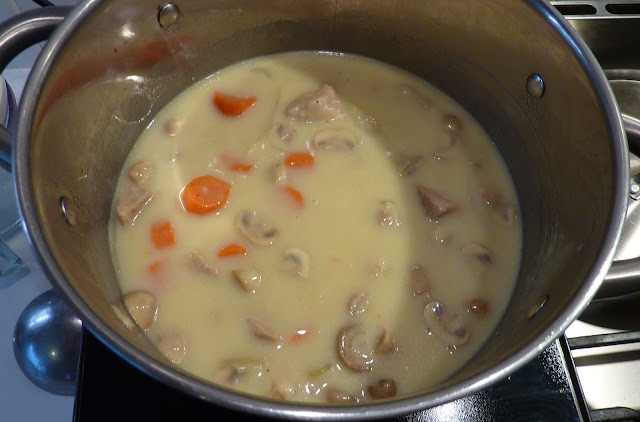 Oh, the cream sauce... For
2 lbs. of meat and a generous half liter of broth plus half a cup of cream, make a roux by melting 3½ ounces of butter in a pot. When it's completely melted, stir in 6 tablespoons of flour. Once the roux has thickened, add blanquette broth and cream and stir until you have a nice silky sauce. Add more broth (or water) and/or cream as necessary to get the consistency and color you want. 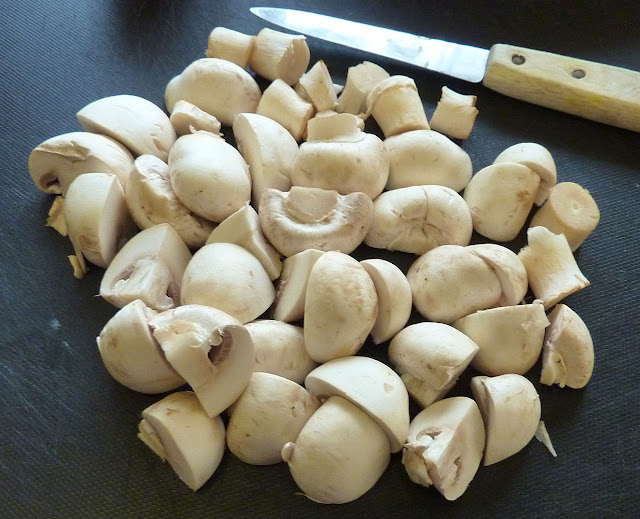 One ingredient in a blanquette that is essential is mushrooms. Clean them and cut them into halves, quarters, or slices. Then just drop them, raw, into the cream sauce you've made for the blanquette. Cook them for 20 minutes or so and they'll add good flavor to the sauce. The last step is to put the cooked meat and vegetables back into the pot with the sauce and mushrooms and let everything get good and hot. 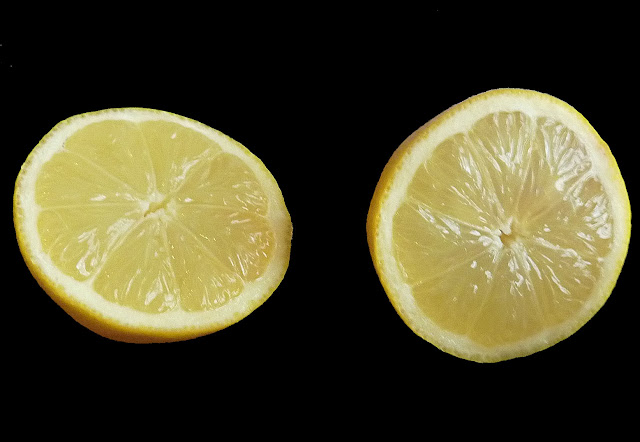 Another ingredient that really makes the blanquette flavor "pop" is lemon juice. Don't add it during cooking, but at the last minute, at the table. Or just serve a lemon wedge (or several) with each portion and let those eating the blanquette add lemon juice to their own taste.

Below is another view of the blanquette as served. It was delicious. And there are leftovers for today's lunch. We steamed some broccoli separately to have with the meat, rice, and sauce. 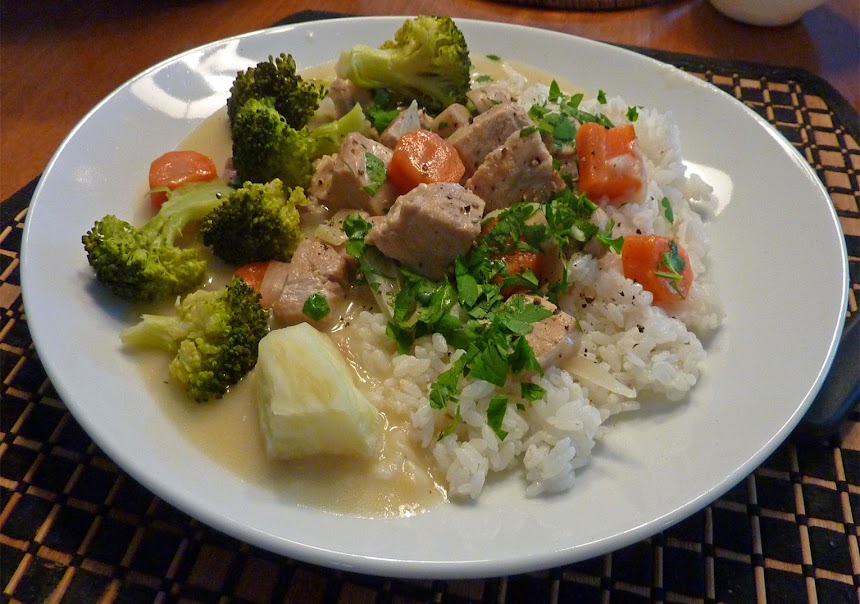 And below is the secret ingredient in this blanquette. Instead of making it with veal (the classic dish), I made it with pork.
It was an experiment. I had a pork loin roast that was very lean. I cut it into cubes and cooked it longer
than I would have cooked veal — about three hours of simmering —
to make sure it was tender and succulent. And it was. 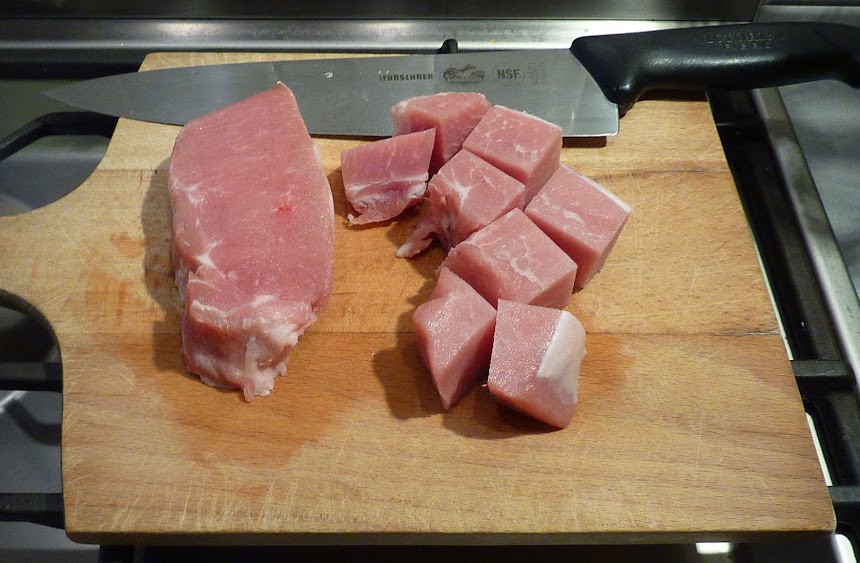 You can also make blanquette with turkey or chicken, or with lamb. Or rabbit. — but if you can't get good veal
where you live for a reasonable price, you certainly can't get rabbit. I say the pork blanquette was good
and I'll make it again, maybe using pork tenderloin (known as filet mignon here in France) because
it's more like veal. Of course, it costs about as much as veal does, at least here in France.
Posted by Ken Broadhurst at 06:00