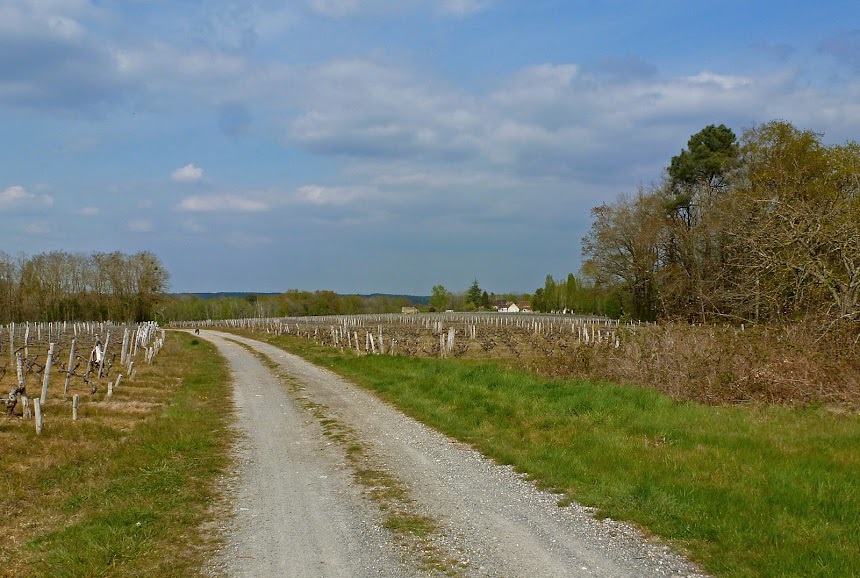 This is a small portion of the Renaudière vineyard where we walk the dog every day (twice).
I can see the dog on the road, following me on the gravel road through the vines.
Maybe you can too. She likes to stop and sniff a lot more than I do. 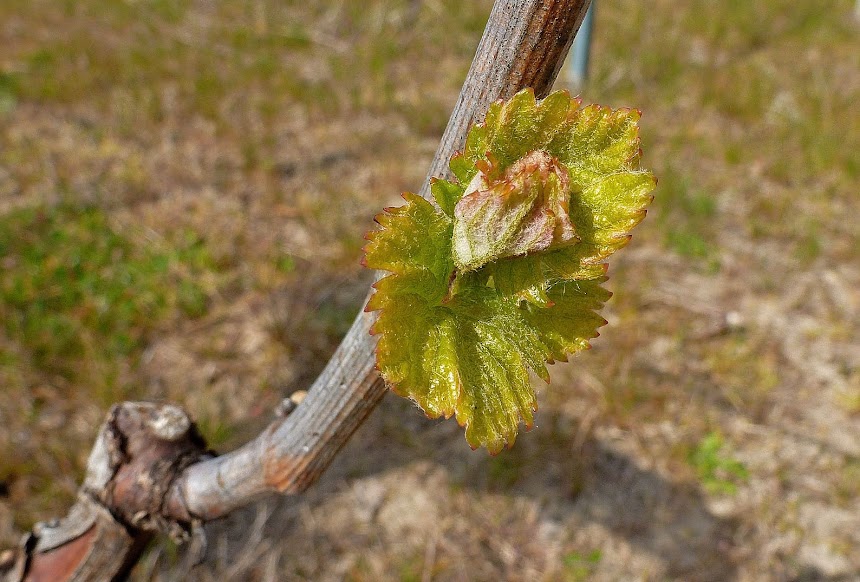 Back in early April, the vines had sprouted new growth. The weather was warm.
Afterwards, we had freezing temperatures most mornings for about two weeks.
Sunday afternoon, I had to look really hard to find these little grape leaves.
Mostly, I just saw brown, shriveled buds that had been killed by frost. 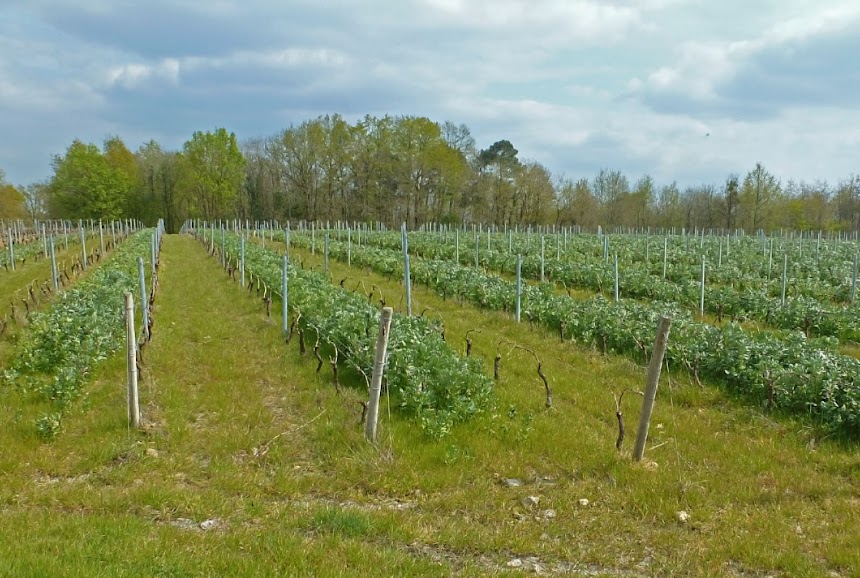 The people who own many of the vineyard parcels out back are handing their business off to their daughter,
and she is changing things. She's introducing organic practices, and reducing the use of herbicides.
Last year, she planted these rows of fava beans between the rows of vines on one parcel
and mowed up and down the other rows to keep the grasses and weeds down. 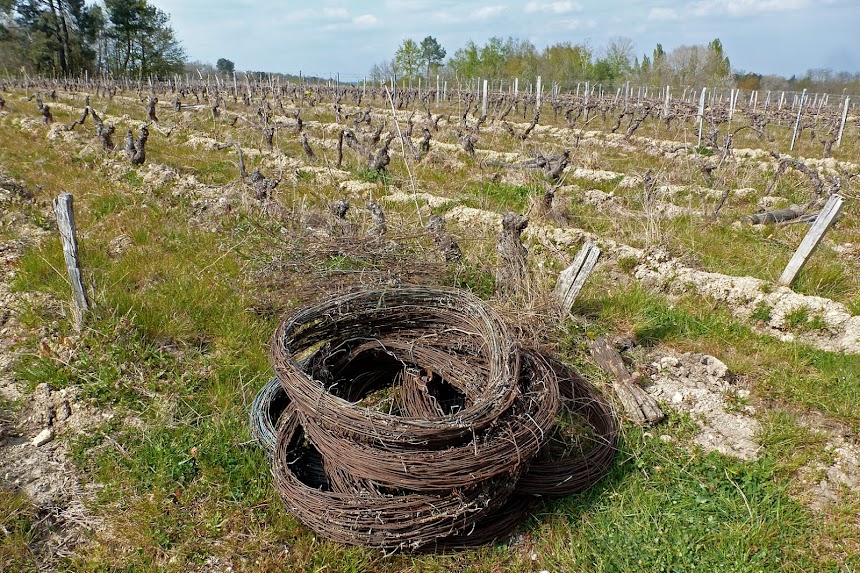 On other vineyard plots, plowing between the vines rather than spraying herbicides
is the method used to keep the unwanted grasses and other native plants down.
Crews seem to be replacing a lot of the support wires and posts this year. 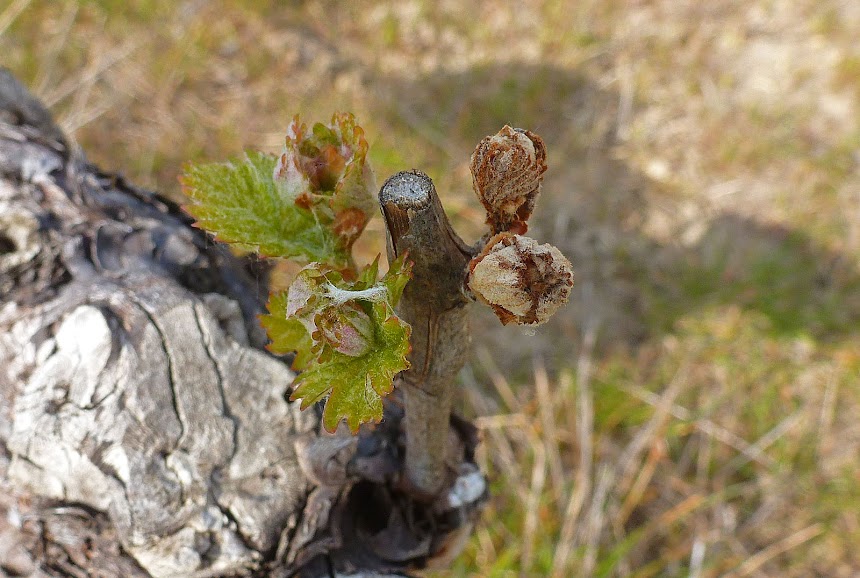 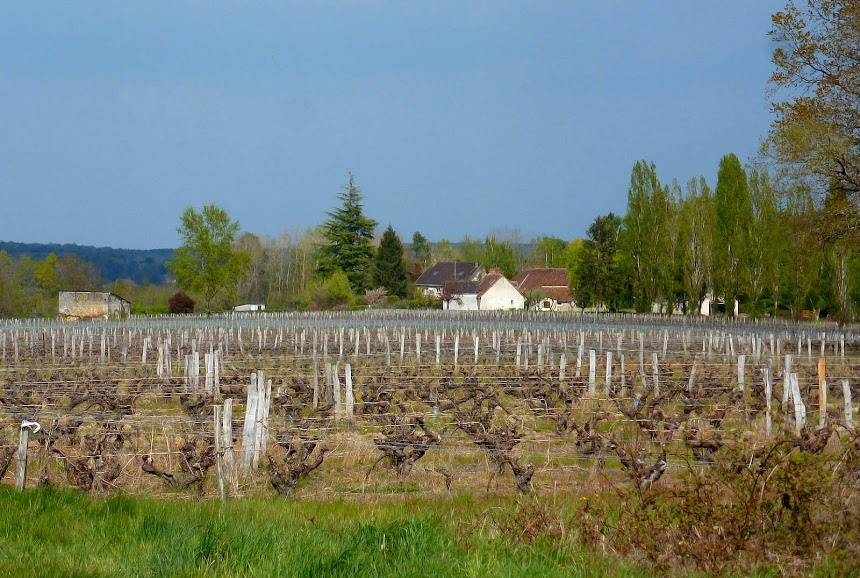 We're hoping that we won't have too many more frosty mornings now,but there's no guarantee.
The low temperature yesteday morning was about +5ºC (40ºF).
This morning the temperature outdoors is about 10ºC (50ºF).
Posted by Ken Broadhurst at 06:30