Wisteria is called glycine in French. The term "wisteria" comes from the name of a Philadelphia dentist, Caspar Wistar (1761-1818), who later in life was an anatomist at the University of Pennsylvania. He was a friend of Thomas Jefferson's and at one point was the president of the Society for the Abolition of Slavery. The simple reason why we write and say "wisteria" instead of "wistaria" is a printer's typo that was never corrected. 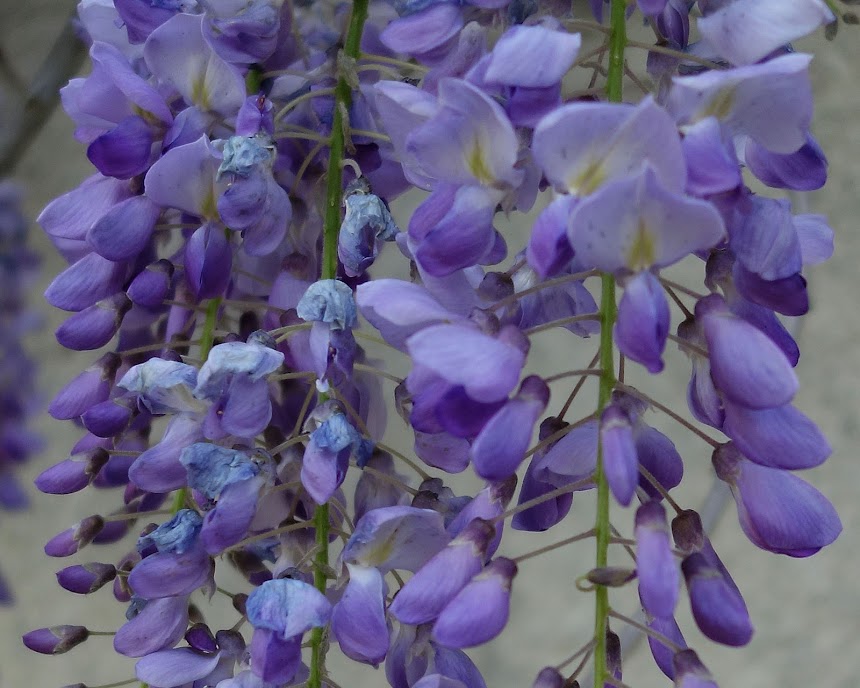 The wisteria plant is native to Asia (China, Japan) and North America. 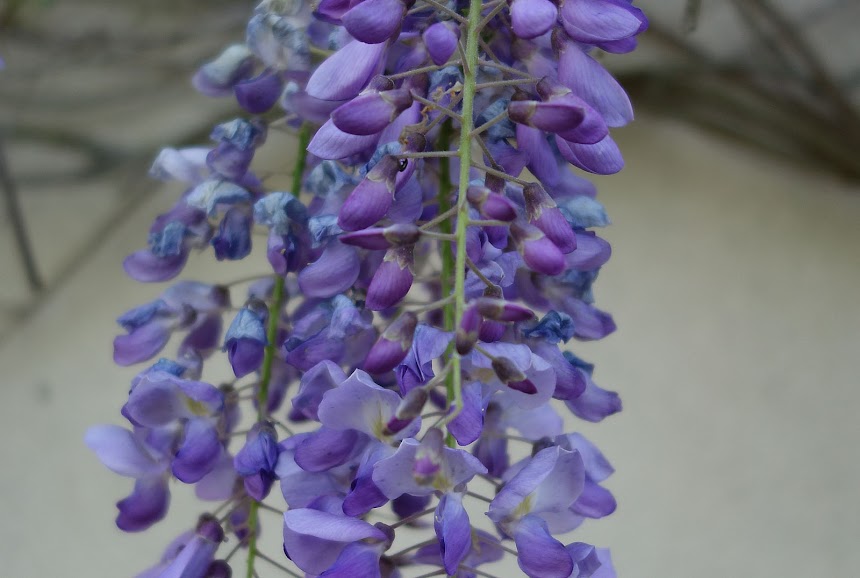 We planted this glycine at least a dozen years ago. 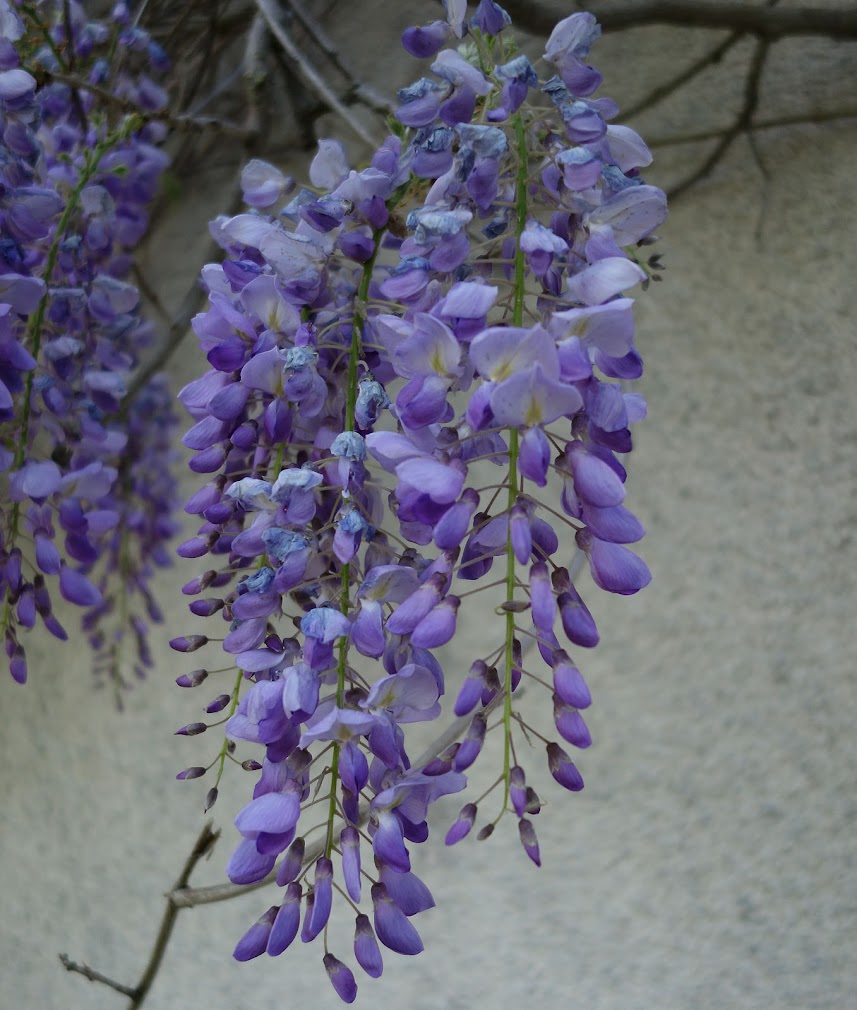 The French name for the plant, glycine, comes from ancient Greek and means "sweet" or "syrupy",
because the plant's sap is sugary and sticky. 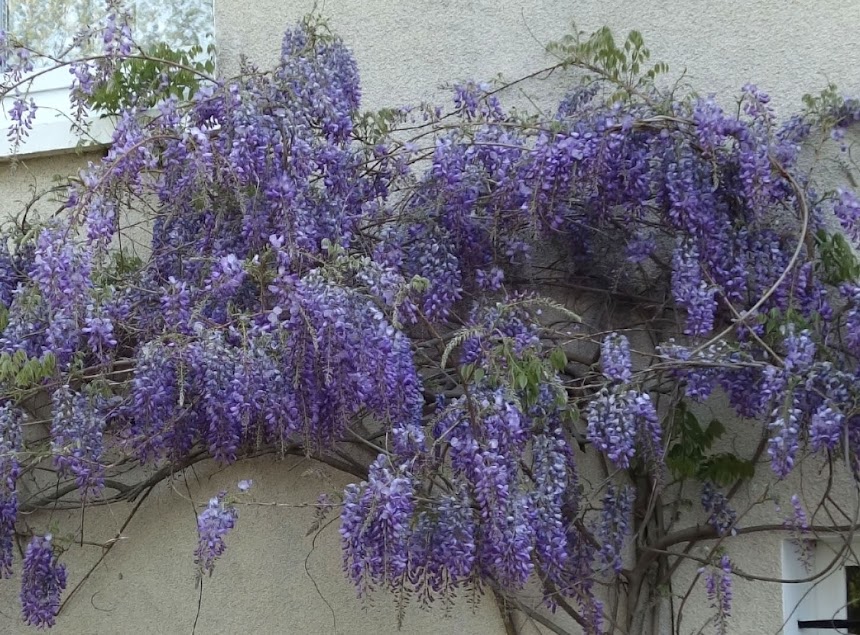 A few years after we planted it, our glycine crashed to the ground one night during a windy, rainy storm.
The supports it climbed on weren't sturdy enough to hold its weight. 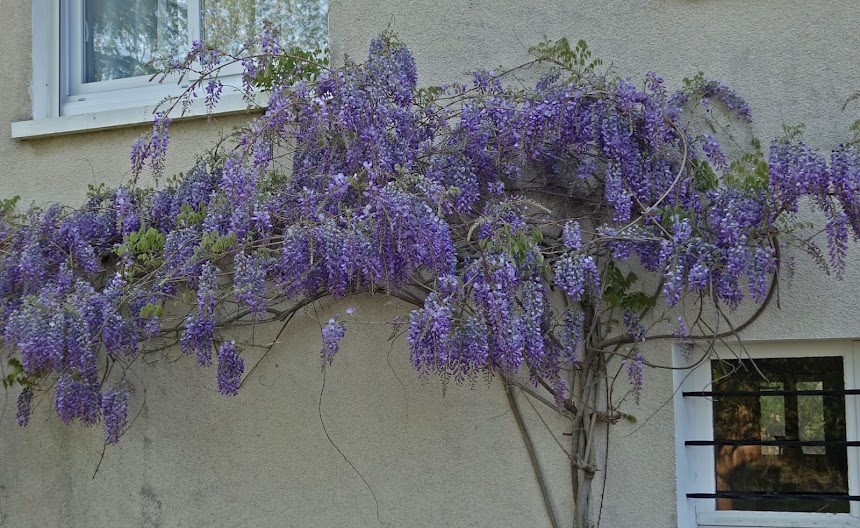 We managed to trim the plant, put up new support brackets and wires, and mount the plant back up on the wall. 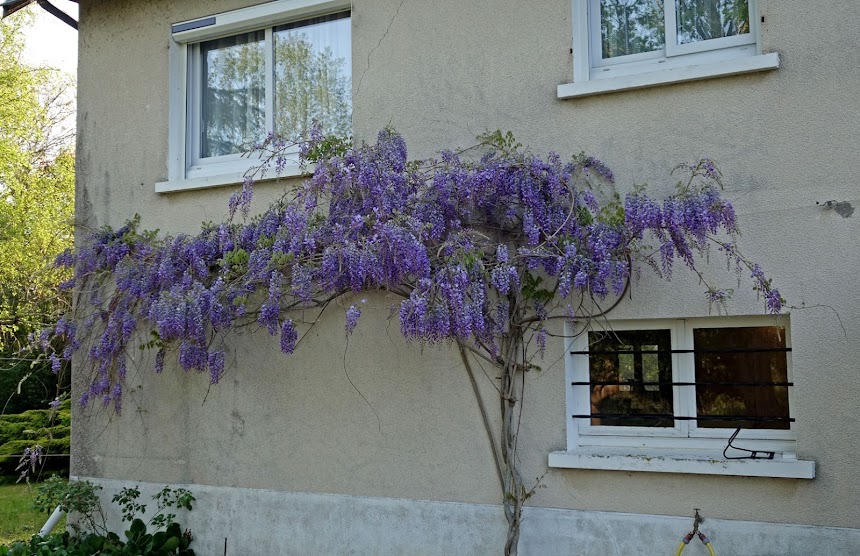 I first learned the French word glycine in the 1970s from a popular song recorded by a man named Serge Lama.
You can listen to it here, in a live performance, or here, as it was recorded and played on the radio.
We attended a concert given by Serge Lama in April 2002 at the Olympia theatre in Paris.
His most famous song is titled Je suis malade (live or recorded version).
Lama is now 78 years old. I believe he wrote the lyrics for both songs.
Posted by Ken Broadhurst at 06:45