Most of the photos you see of the château in Saint-Aignan are taken, like the one above that's my blog banner, from the north, looking south. The complex looks like a disparate group of buildings — not really unified in style. 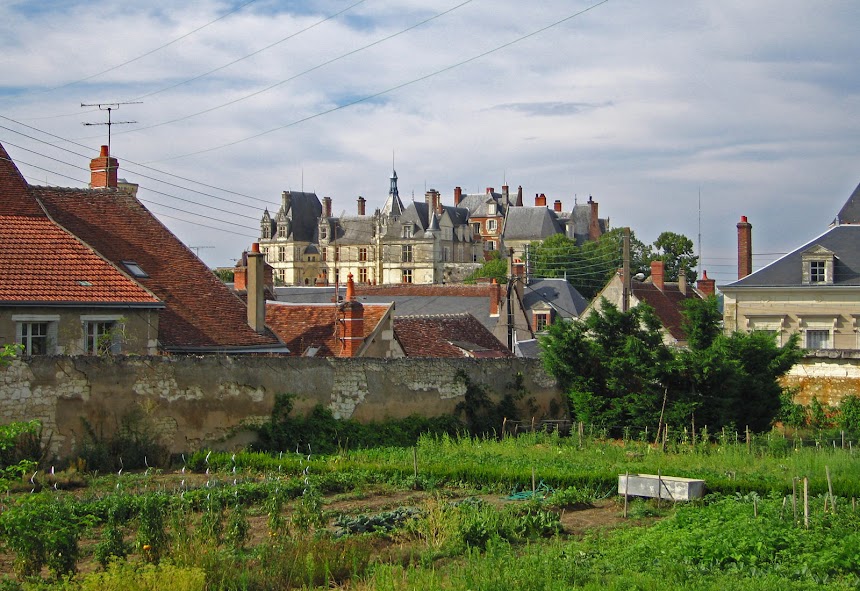 It's hard to find a distant viewpoint from which you can see the formal side of the Renaissance château (unless you have a drone-mounted camera). One place with some views is the vantage point from which I took the photos above and below. 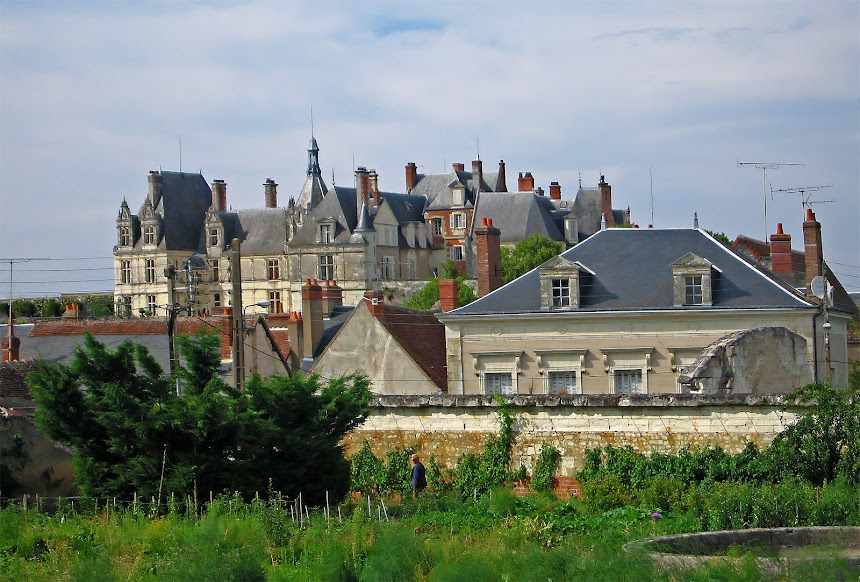 These were taken from about 350 meters (just over a thousand feet) south of the château, on the grounds of an old convent called Les Bernardines. Unfortunately, the convent was abandoned for years and became a place where people partied illegally. One night a few years ago, it was set on fire and the interior was gutted. The wooden roof beams were destroyed and the roof collapsed. 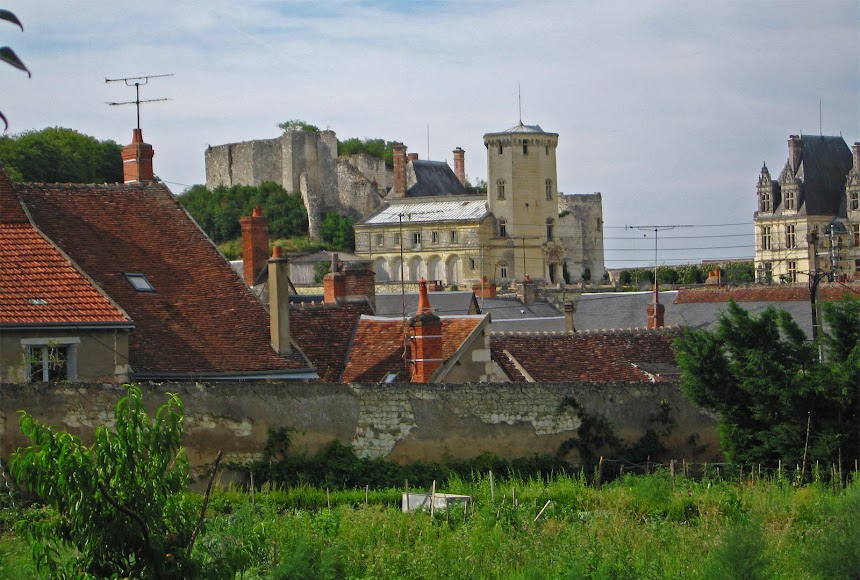 In this last photo, you can see the oldest buildings that are on the grounds of the château. On the highest point on the property stand the ruins of the medieval fortress, dating back to about the year 1000.
Posted by Ken Broadhurst at 06:30