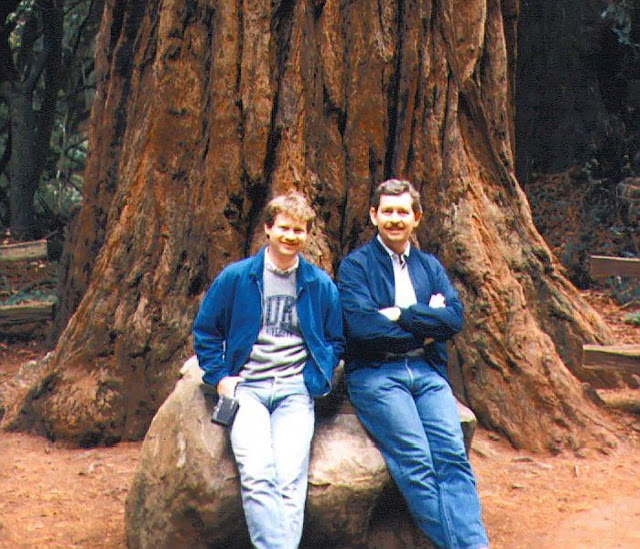 Thirty-seven years ago today, in 1983, Walt and I moved in together. We were both living in Arlington, Virginia, in the suburbs of Washington DC, having just moved there from Paris in the summer of 1982. Our first apartment together was on Capitol Hill, just 800 meters from the U.S. Capitol building. I had started working nearby with CHM in January 1983. By 1984, Walt was working in the offices of a U.S. member of congress in the same neighborhood.

Walt and I at Muir Woods sometime in the late 1980s, when we were young 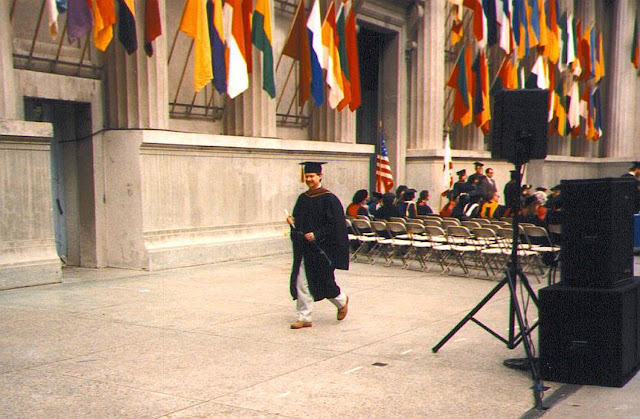 In 1986, Walt and I decided to move to California. He wanted to continue his studies out there. I was ready to leave DC but I didn't know what I'd do next. We found an apartment in San Francisco, near SF City College on the south side of the city, where Walt was enrolled as a student. Less than a year later, Walt transferred to the University of California at Berkeley. We moved into downtown SF, where I was working, in 1987.

Walt graduates from Berkeley with a masters degree 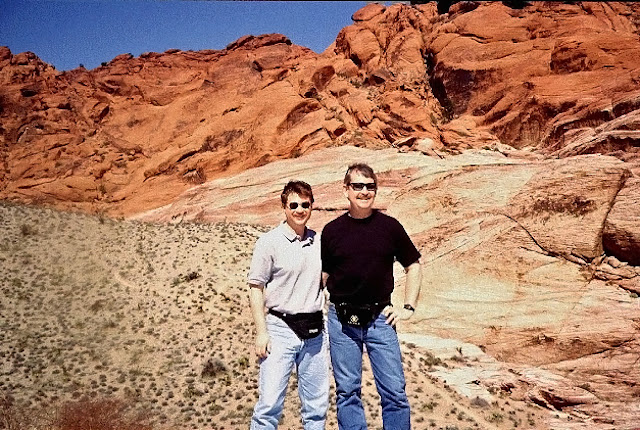 CHM was a frequent visitor to California back then. His long-time companion Frank lived in the desert in southern California, not far from Palm Springs and the Mexican border. CHM continued working in DC until 1997 or so, when he bought a house in the desert. We started driving down there (it was 9 or 10 hours on the road each way) to see him and that part of the state. Then Walt and I decided to move to France and did so on our 20th anniversary together, in 2003.


Walt and I in the desert, photo by CHM 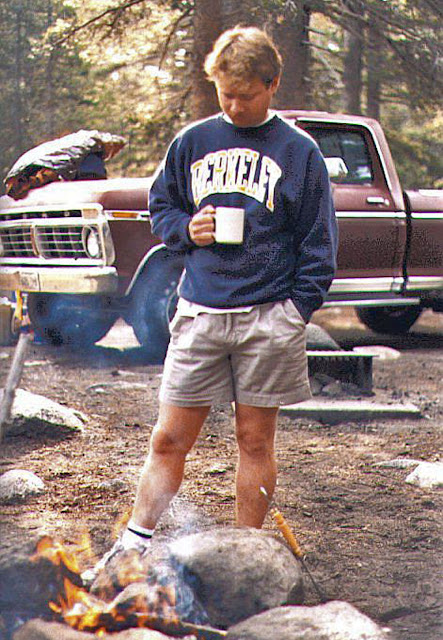 We ended up living in the San Francisco area for about 17½ years. Walt finished his studies at Berkeley in early 1992, with a bachelor's degree in architecture and two masters degrees. By then, I had found a job with a software company in Silicon Valley, more than 40 miles south of SF. Walt found a job down there too, and in April 1992 we relocated ourselves again. I was employed as an editor and manager at Apple computer from 1992 to 1998. 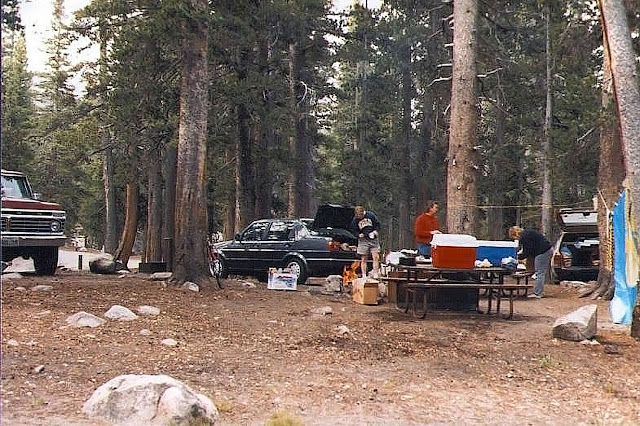 We moved back to SF in 1995, when we found a house we could afford to buy in the first SF neighborhood we had lived in. During all those years, until 2003, we explored California. One way we did that was to go on camping trips in the state's many big parks, both the coast and up in the Sierra Nevada mountains. Our friend Sue, who has visited us three or four times here in France, lived in the foothills of the mountains near Sacramento — still does — and she loved the camping trips too.


Us camping, photo by Sue 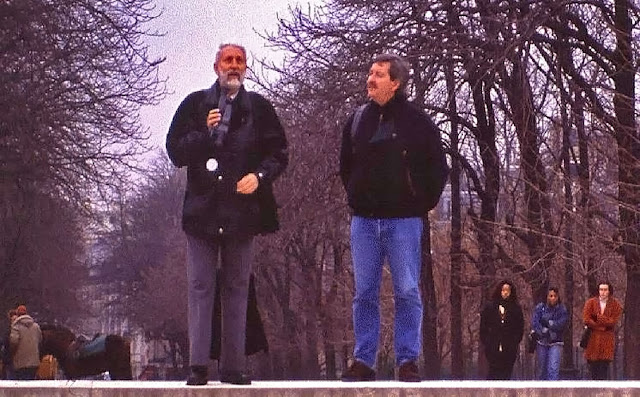 It's amazing to realize that we will soon have lived in Saint-Aignan for just as long as we lived in California. But here we are. I wish Sue and CHM could come to France this summer, as they each had planned to do. But for circumstances...