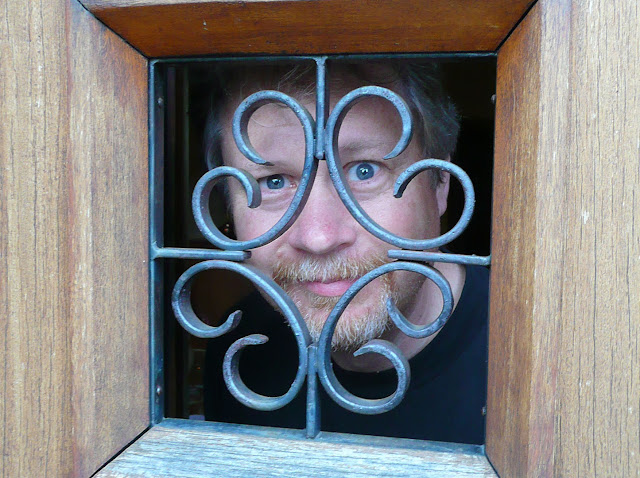 Here are a few fairly random photos I took in Saint-Chamant in the Cantal (Auvergne) nearly 11 years ago. This is Walt looking out a window at the house we rented for that trip. 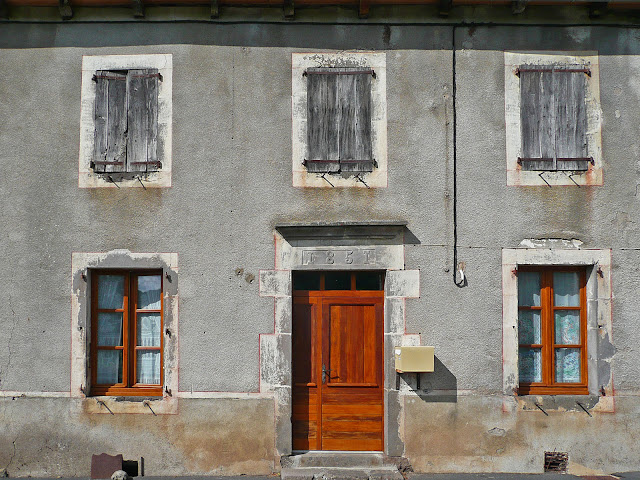 Here's a house in the village. The date over the door says 1851. I wonder if it's occupied. Maybe just the ground floor is lived in. Those shutters on the upstairs windows have seen better days, and the ones on the downstairs windows are just gone. 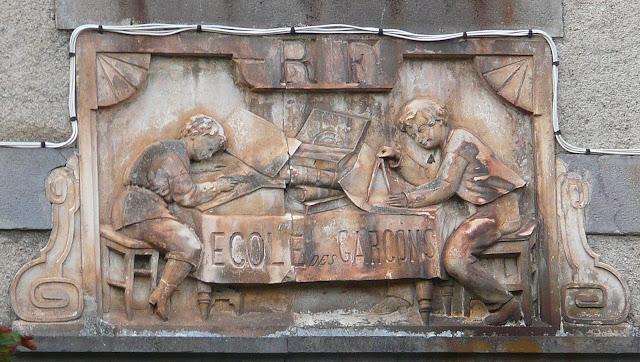 I liked these carved plaques on the village school building. Schools in France used to be segregated by gender. 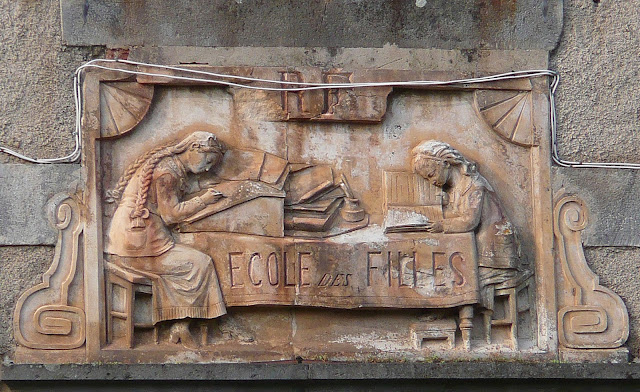 That was the case when I was a teaching assistant in Rouen in 1972-73. I worked in the boys' high school, the Lycée Corneille. The girls' high school was the Lycée Jeanne-d'Arc. I think both are what they call mixte nowadays. 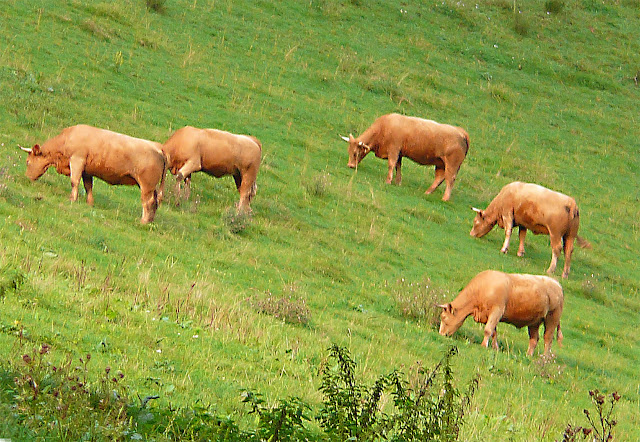 These are cows that I photographed pretty much in the center of the village, near the Château de Saint-Chamant. Photos of that monument TK, as we used to say (to come). 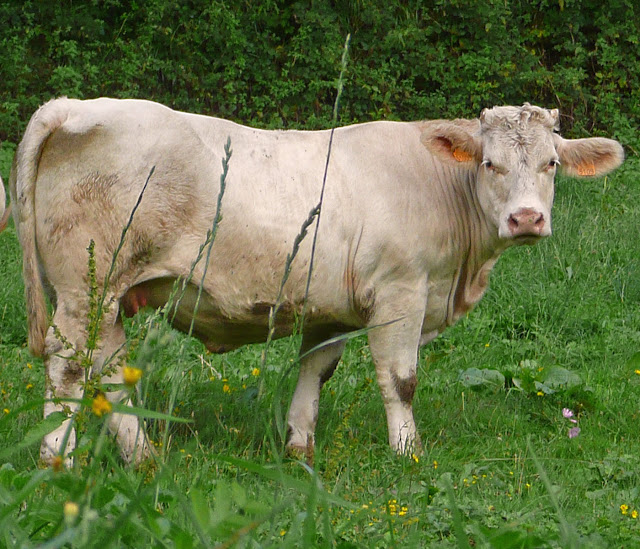 This beast and the ones above are not even cows of the Salers breed. This one looks like a charolaise to me.