One of the most memorable trips we've taken since we came to live in France in 2003 was ja few short days that we spent in the Cantal département, which is part of the mountainous Auvergne region in central France. We went there with our friends Evelyn and Lewis from Alabama, along with their friend Linda from Florida, and our dog Callie. We had to take two cars. We stayed in a huge mansion of a house just a few minutes by car from the little town of Salers, and the rent for the week was just 300 euros. 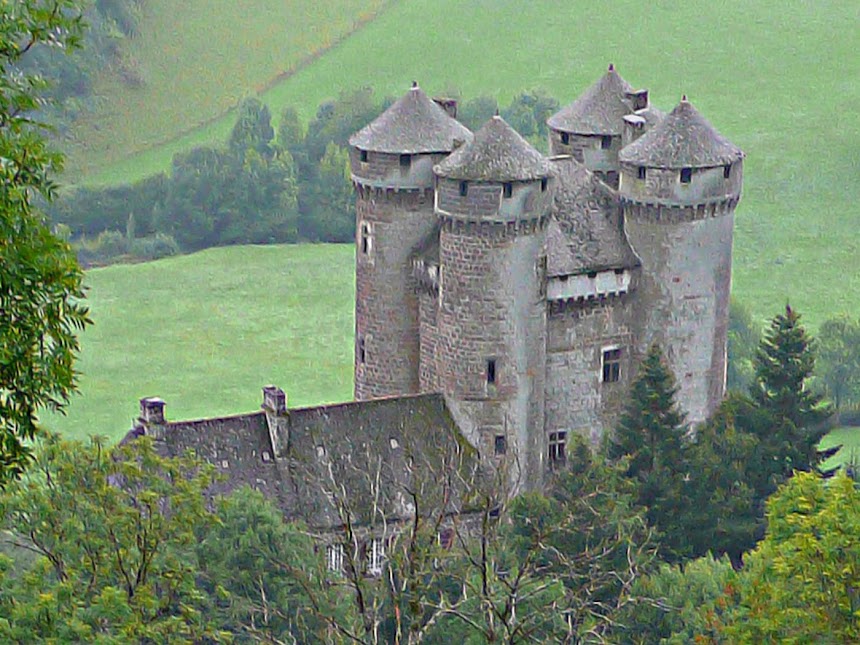 One of the sights we saw in Auvergne was this château in the village called Tournemire. It's the Château d'Anjony, and it's open to the public. I'd love to go back there one day. We didn't have time to go inside when we spent a couple of hours in Tournemire at lunchtime on a September day in 2009. I think it was closed for two hours in the middle of the day, so we went and had lunch instead. (I just read on this web site that the château will re-open on June 27 after the pandemic shutdown.) We did have a look inside the village church and enjoyed walking through narrow streets of the picturesque village. 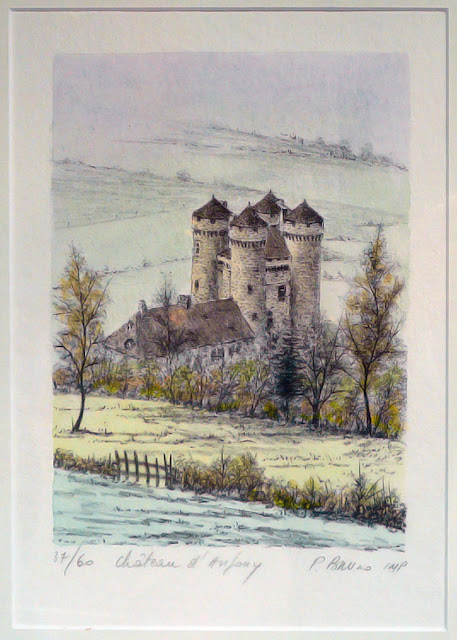 Somewhere along the way I had seen this painting — I took a picture of it — probably in a café or restaurant. I'm not sure I knew about Tournemire when we planned the trip to the Cantal area, but maybe I had seen information about it in the Michelin Green Guide. The painting convinced me we needed go see it. We saw other châteaux in the area, of course; after lunch, we drove up to the top of a puy, which is an extinct volcano. It was the 6,000-foot-high Puy Mary. There were rain showers off and on all day, and it was especially misty and foggy on top of the ancient volcano. 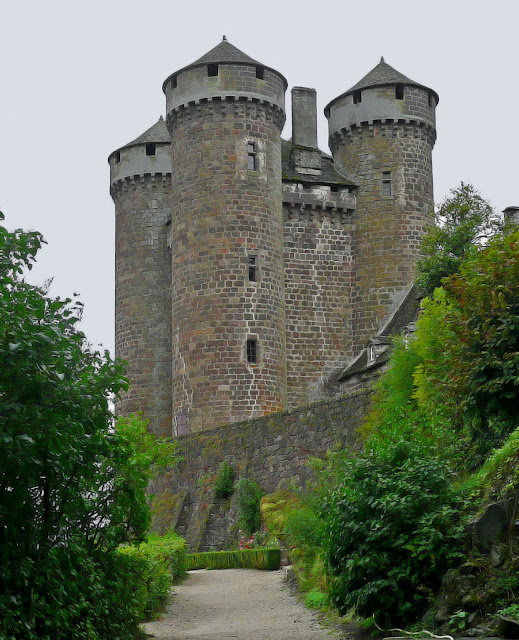 Here's the Château d'Anjony as you see it when you walk up to it from the center of Tournemire. The towers are about 40 meters (130 feet) tall. They were built in the early to mid-1400s, toward the end of the Middle Ages. Louy d'Anjony was apparently one of Joan of Arc's "companions" or allies. The Anjony family feuded with their neighbors and rivals, the Tournemire family, for several centuries. There were skirmishes and duels, but there were also marriages between members of the two families over the generations. 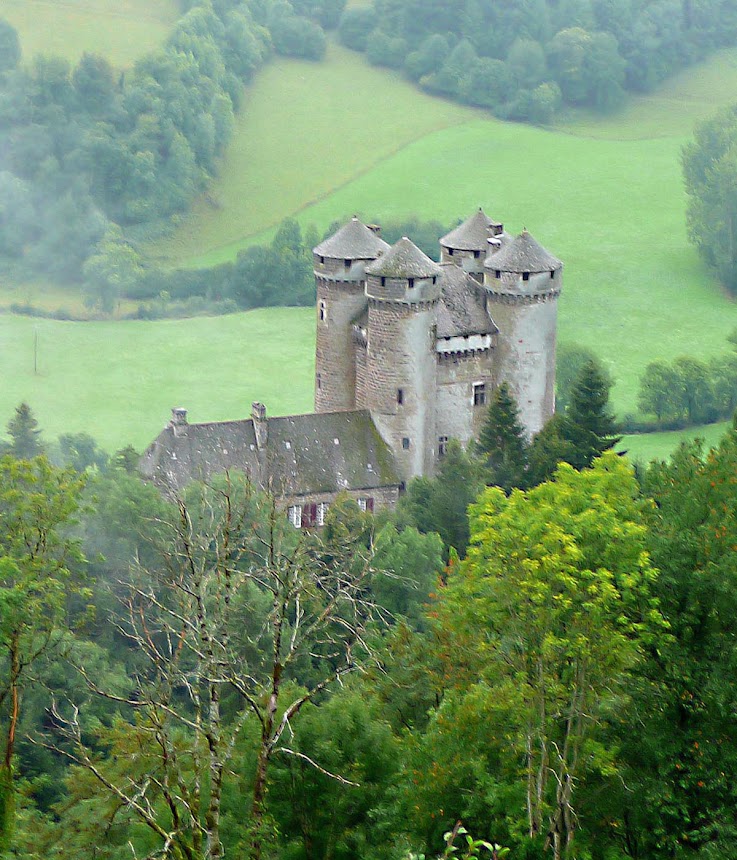 As we drove toward Tournemire, we came upon this spectacular perch from which to see views of the château. We stopped on the little winding road and took pictures. Red Salers cows mooed and grazed in a pasture on the other side of the road. They came up to the fence around the pasture, curious about us. Later in the afternoon, we would walk out into another pasture north of the town of Salers to watch the cows being milked in the fields. Finally, toward sundown we stopped at a dairy farm near our gîte and saw how the local Salers and Cantal cheeses are made from the afternoon's milk. It was definitely a red-letter day.
Posted by Ken Broadhurst at 06:40