After all the noise I made about not being able to find yeast here, I should write about the over-abundance of it I have now. Abondance de biens ne nuit pas, they say — you can't have too much of a good thing. It's all instant yeast, which is also called "bread yeast" in English, it seems. You can mix it directly into flour without "proofing" it in warm liquid first.

The home-made bread is the sandwich loaf on the left in this photo. The round loaf is a boule that I bought at our village bakery.


An American friend down the road found some yeast in a supermarket in Romorantin and bought me a package. Then Super U came through with some in one of our on-line orders. A friend in England sent me a 1 lb. bag. And then a couple of days ago some yeast (10 envelopes) that I ordered on Amazon.fr arrived nearly two months before the predicted delivery date. 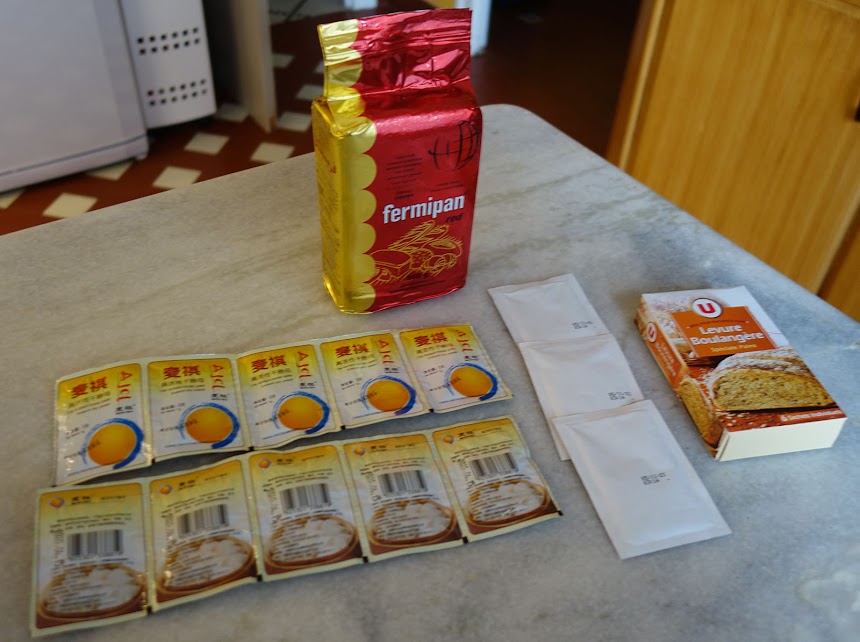 Yeast from England, China, and France


My next trial was trying to find bread flour. That's called farine type 65 in French — it's also called "strong flour" in some countries. I wanted to make bread with that rather than with farine type 55, which is the equivalent of all-purpose flour. The other type I've made bread with is type 45, which is called "cake flour" in the U.S. and is good for making Southern "buttermilk" biscuits.


So I finally made bread yesterday — see the short slideshow above. While waiting for bread yeast and then for bread flour, I had bought bread in a couple of different local bakeries and put it in the freezer. We were fixed for bread for a while, in other words. Now's the time to start making more. 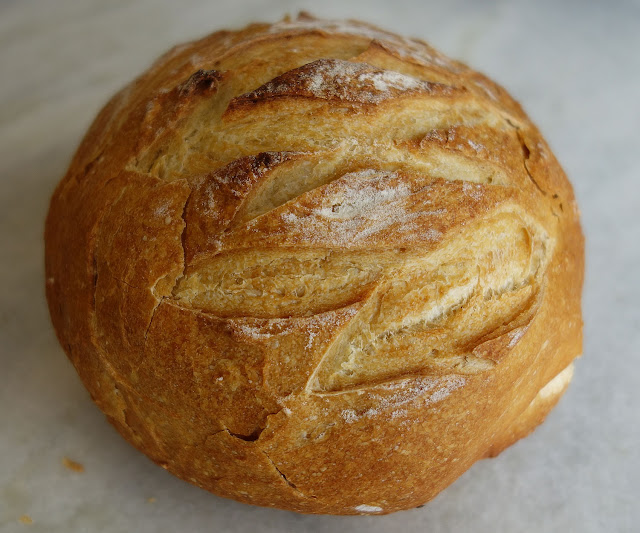 Why make bread at home when you can buy bread like this for just one euro per loaf in France? Well, I drove down to the village bakery at 10 a.m. a few days ago to get another boule blanche like this one, and they had already sold out for the day. I had wasted my time and was disappointed. 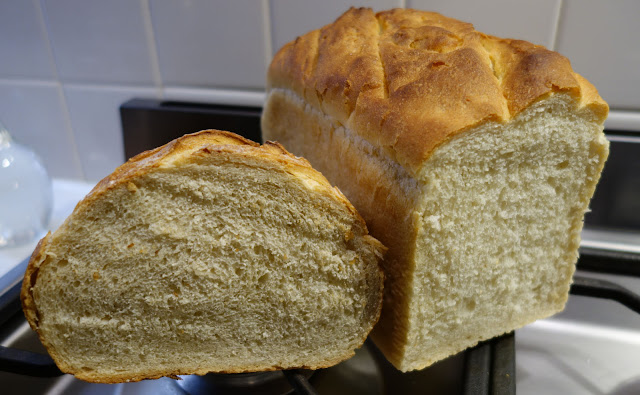 Here's a comparison shot showing both the village baker's bread and my home-made loaf. I basically followed a French recipe for pain de mie but with some modifications.

Yesterday I placed another grocery order for drive-through pickup this morning. I ordered some tuna for tuna salad and some cheese for pimento cheese. I see sandwiches in our near future.
Posted by Ken Broadhurst at 07:10