This morning I've been looking back to some photos I took in 2009 in the Cantal department, in the Auvergne region, of central France. But I also have some photos of food from yesterdays lunch. 'What to post? What a dilemma! 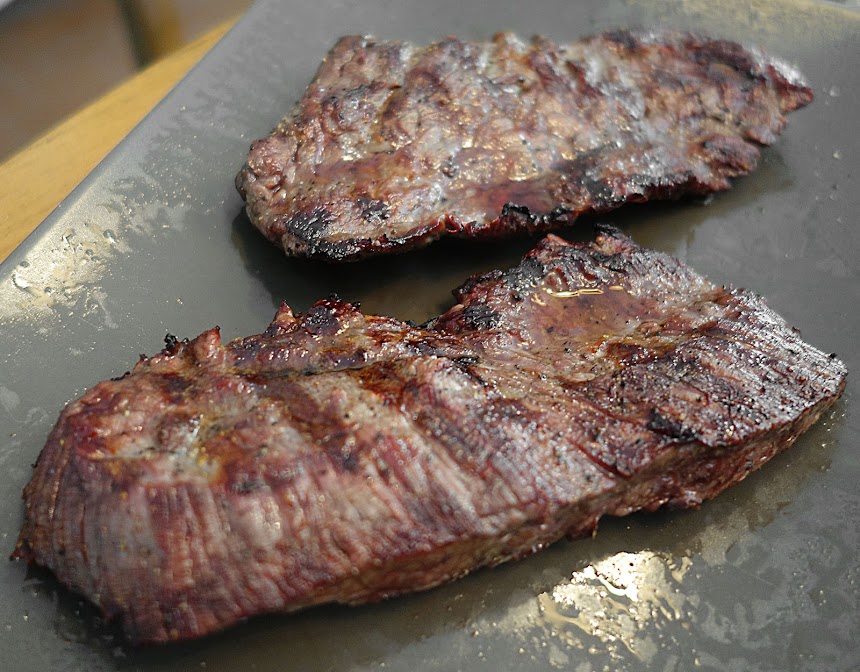 I guess I'll go with food. CHM says I always fall back on cooking and food when I'm not sure what to post. Yesterday morning, on the spur of the moment, I decided to make a gratin dauphinois — scalloped potatoes in cream in the style of the Grenoble area. Well, maybe not exactly, because I put some grated cheese in it. We ate it with steaks that Walt bought at the market earlier in the morning and cooked on the grill. That's them above — the cut is called bavette and is similar to skirt or flank steak. 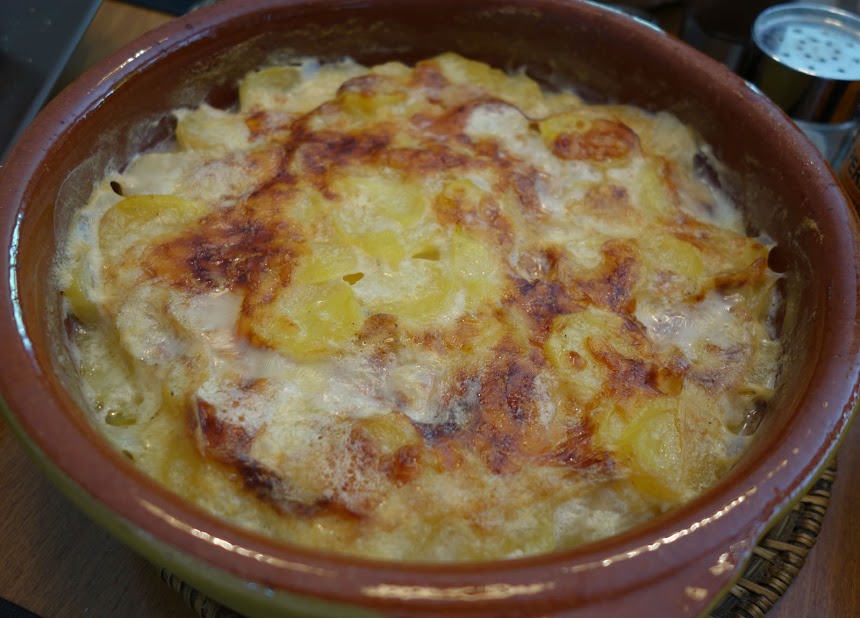 What you do is cut some potatoes into thin slices. Boil some milk or a mix of milk and cream seasoned with salt and pepper, garlic, and bay leaves. When the potatoes are partially cooked, put half of them into a buttered baking dish. Sprinkle on some grated cheese — I had grated Edam from the Netherlands and grated ewe's milk cheese called Osso-Iraty from Basque country. White cheddar or Monterey Jack cheese would be good. One top of the cheese layer, spoon in the rest of the partially cooked potatoes and then sprinkle more cheese on top. Pour the hot milk/cream into the dish until the potatoes are just barely covered with liquid. Set the pan in the oven and let the melted cheese turn golden brown as the milk evaporates until the potatoes are tender. Serve in the baking dish. Voilà. 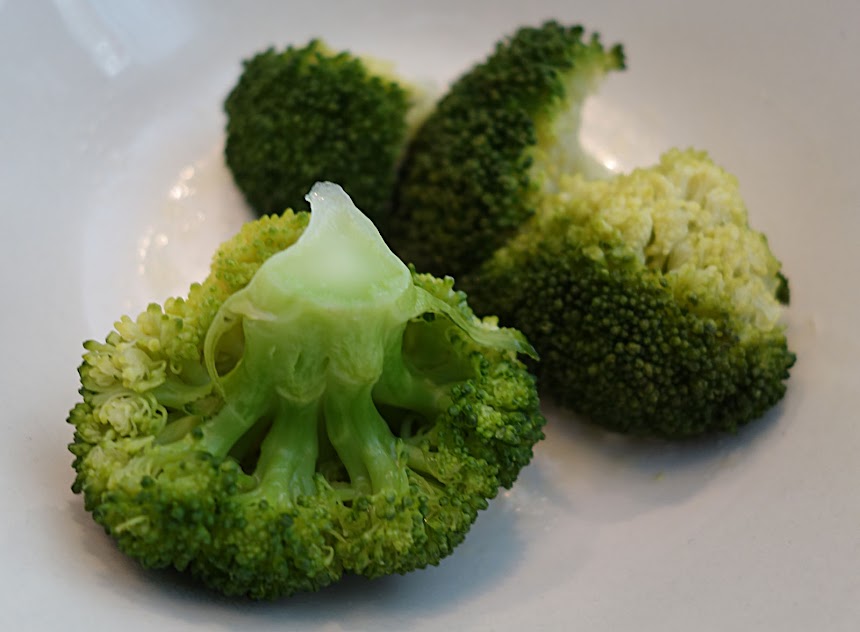 To round it all out, we had a few florets of steamed broccoli as a side dish. 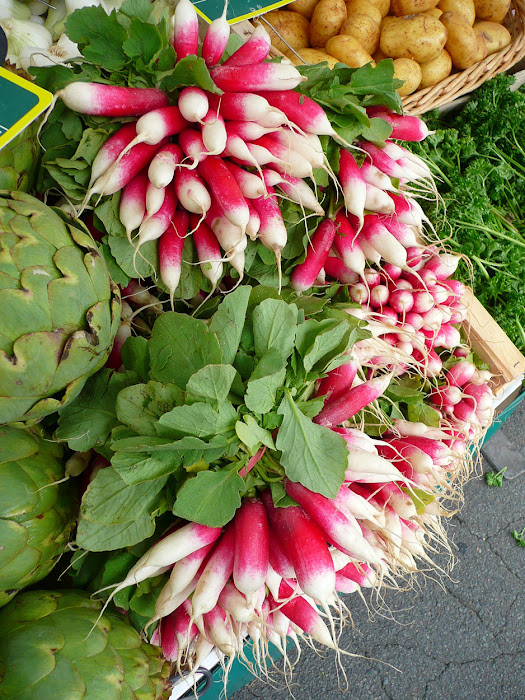 Oh, and as a first course we ate some radishes dipped in a little salt that you sprinkle on your and served with French bread and butter. That's a classic French appetizer. When we get radishes that come with fresh, unblemished leaves, like these, we use the leaves to make pesto the way you would make pesto with basil. Delicious.
Posted by Ken Broadhurst at 07:00