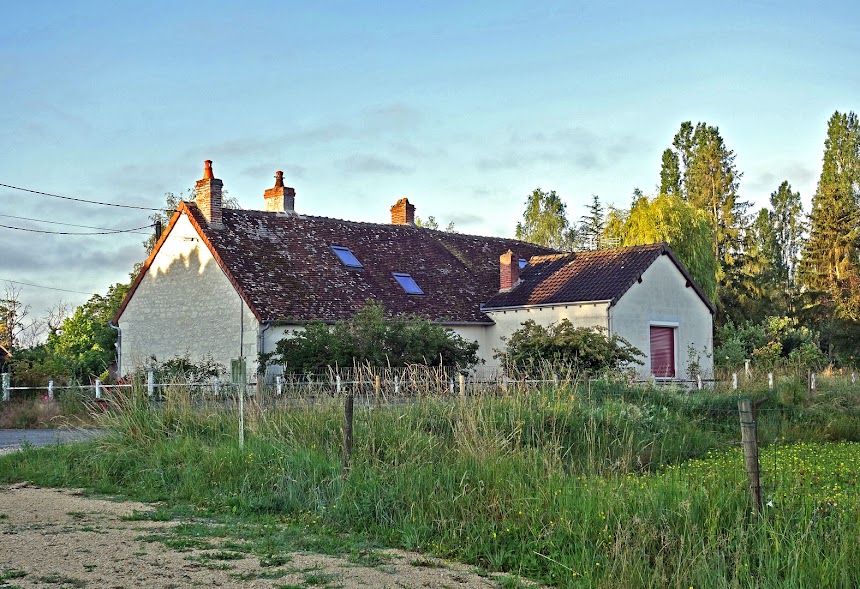 This is the view from our back gate, looking toward the left. It's a part-time neighbor's house. In other words, it's used as a vacation place — une résidence secondaire. When we first moved here in 2003, the house was lived in full time by a woman who died about 10 years ago at age 95. Her son and daughter inherited the house and the son bought out his sister. Then he passed away (cancer). His wife, who lives — as they both did —  in the Paris area, now has a lifetime right to live in the house, I believe. She has children and grandchildren who will inherit the house when the time comes. Under French law, children cannot be disinherited by their parents. The neighbor is in her early 70s, like me. 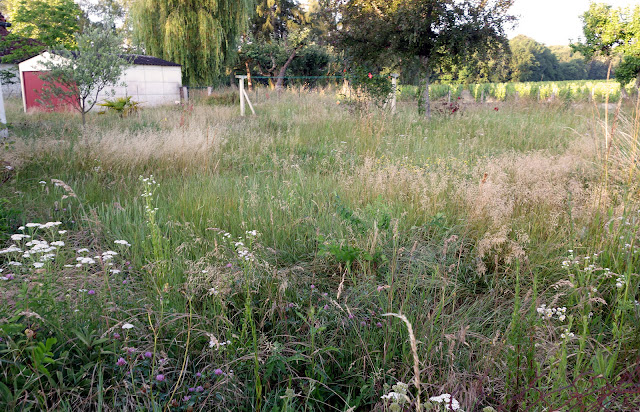 Partly because of the coronavirus pandemic, I assume, the neighbor has not driven down here from Paris since last fall. We had a very rainy winter, and such weather does not encourage city people who own houses out in the country to come spend time in them. Just as the weather started to improve in March, France declared the grand confinement, requiring people to stay at home. Travel to a résidence secondaire was not allowed. So here's what the neighbor's yard looks like now. Nobody is tending to it. Despite all that, the many rose bushes in the neighbor's yard have been covered in blooms over the past three months. Only now, after three weeks of rainy, gray, and almost chilly June weather, have some of the roses started to show signs of stress. These red ones are still looking good. 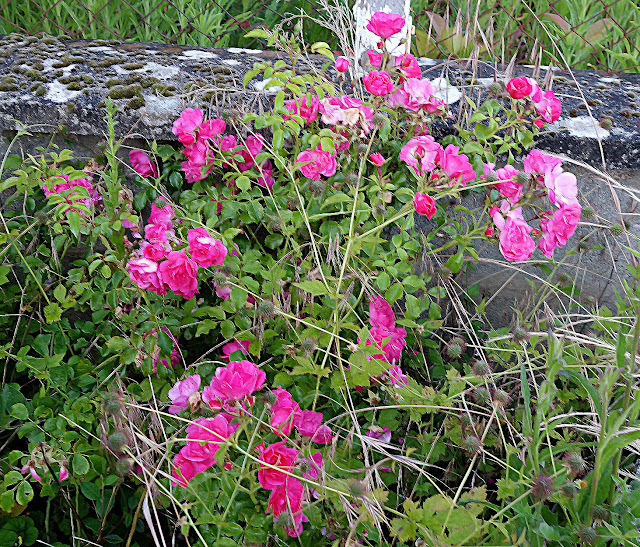 And these pink ones are right next to them. They grow between the road and the low wall that surrounds the neighbor's yard. She also owns a strip of land out behind her house and yard that has five or six apple trees growing on it. The grass and weeds under those trees is now chest high. 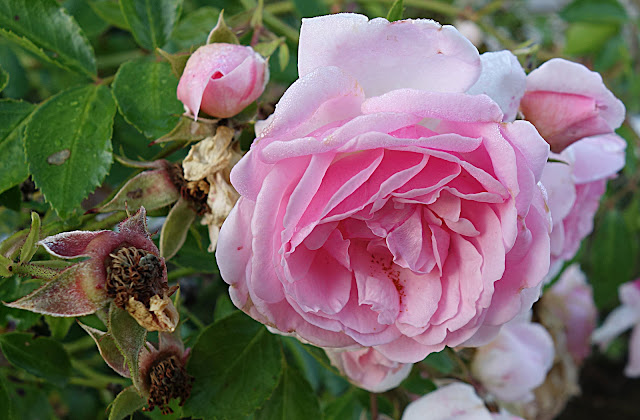 We walk by the neighbor's yard every time we go out into the vineyard with Natasha the Sheltie. It's been beautiful and it's too bad the part-time neighbor hasn't been able to enjoy it. I have no idea when she might come back to Saint-Aignan, or if — ne parlons pas de malheur ! — she might have contracted Covid-19. If she had, somebody would probably have told us. 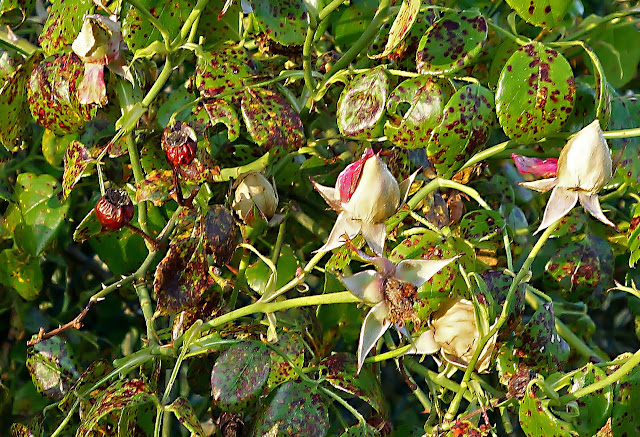 Not all the rose bushes look as healthy as the ones above, of course. This one, for example, has seen better days. I assume the neighbor suspects that her yard is in sad shape. She must be trying to get somebody to come clean it all up, but I'm sure that's not an easy task when you live three or four hours away. Personally, I think having two houses to look after would, in practicality, be a real pain in the neck. Not to mention expensive and a source of stress...
Posted by Ken Broadhurst at 06:55