These two subjects don't have anything to do with each other, but I happen to have photos related to both that I took on a recent sunny morning. The artichokes are the ones that grow in our back yard. We planted them years ago — five plants — and two have survived over the years. One of them grows especially vigorously. They can be grown as perennials here in the Loire Valley, given our mild winters. 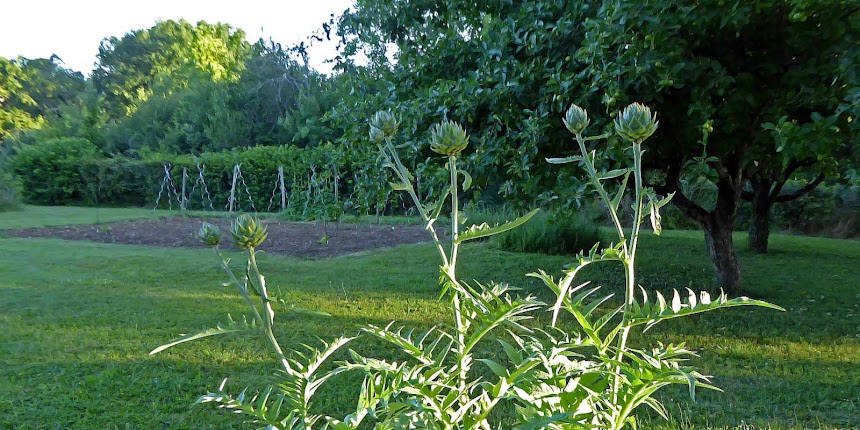 In both these photos, above and below, that's our vegetable garden plot in the background. It doesn't look like much yet, but it's been planted and the seedlings are growing well. 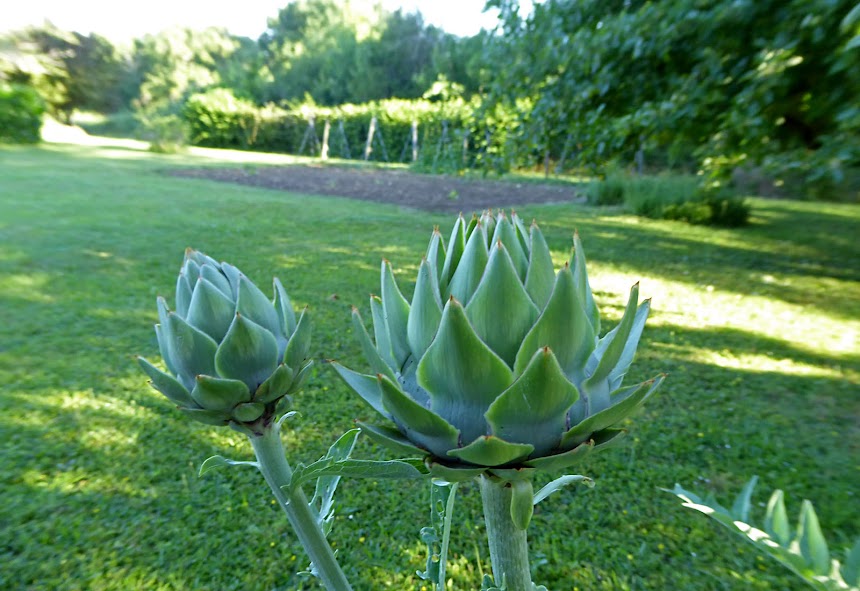 Not in our back yard, but a few hundred yards away, out in the vineyard, I happened to see this group of shield bugs — also called "true bugs" or "stink bugs" — feeding on a wild carrot plant (Queen Anne's Lace, we call it). 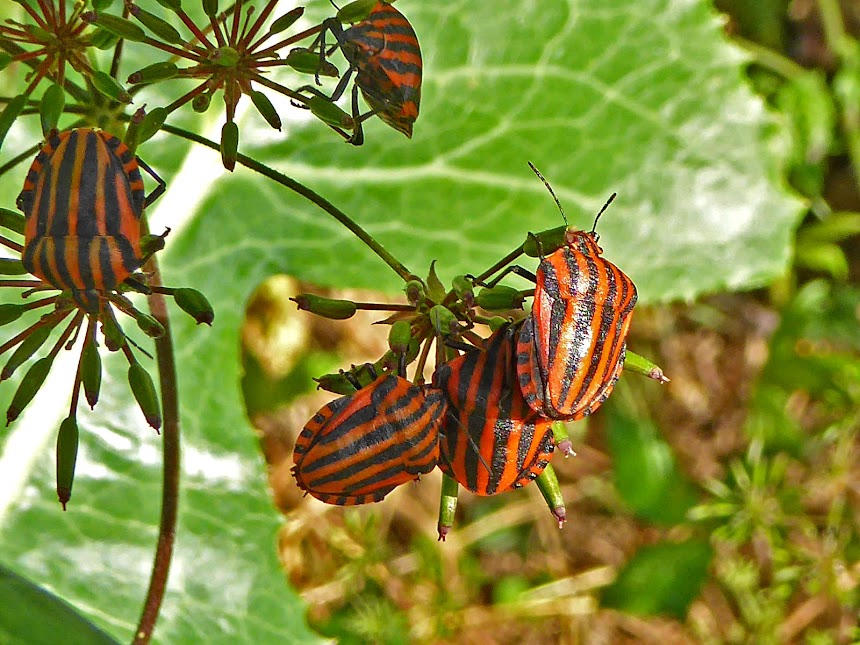 In French, these beetles (coléoptères) are called punaises, and this particular one seems to be the punaise arlequin or the graphosome d'Italie. I've learned that "stink bug" is an American term. British people don't seem to use or even know it. Here's a link to a Wikipedia article about such bugs. 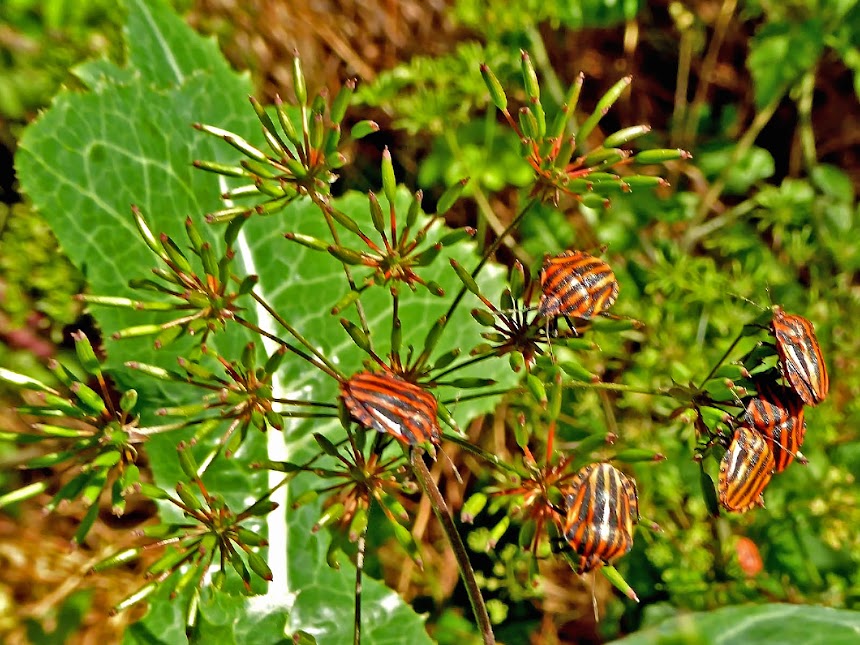 I don't know if these "harlequin" bugs stink or not, because so far they don't seem to come into the house and have to be picked up and put back outdoors. We get a lot of other kinds stink bugs in the house in fall and winter, seeking warmth — often several a day that we have to grab using a kleenex or a paper towel and throw out a window (or flush down the toilet!). They really do stink.
Posted by Ken Broadhurst at 06:15