The Normandy coast in June 2003 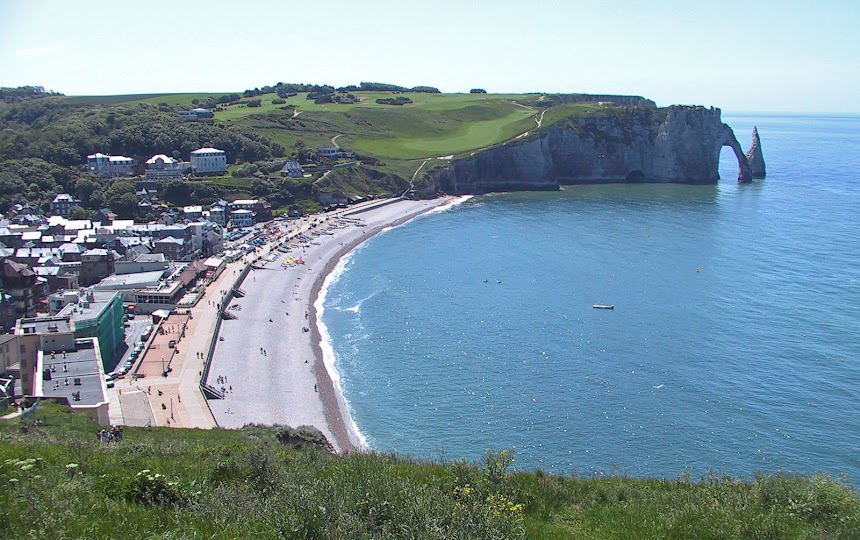 Etretat, on the Normandy coast

It was the year of the Grande Canicule, the great heat wave in France, when so many died but fewer than this year during the pandemic. We had tried to get here by June 1, to celebrate our 20th anniversary, but circumstances I don't even remember prevented that. We were, however, able to leave the U.S. on June 1 and arrive in Paris on June 2. 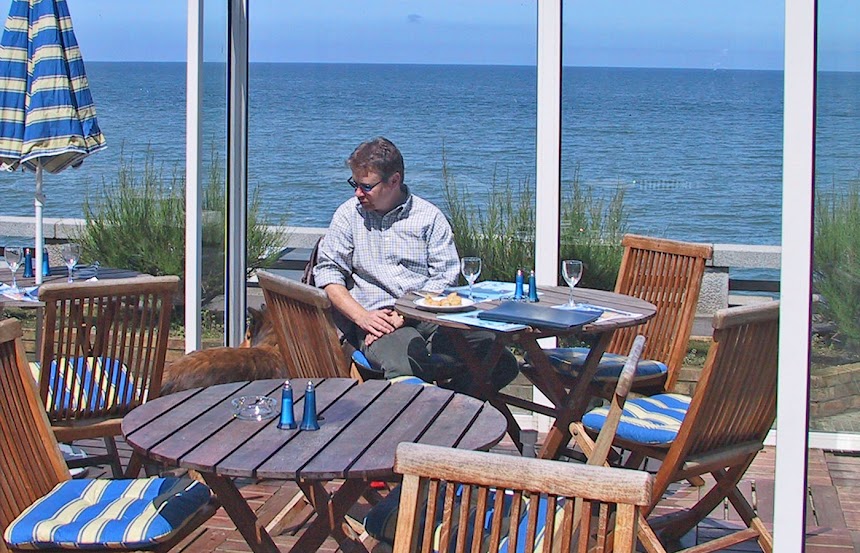 Lunch with the dog in a café in Etretat

We drove from the airport up to Rouen in Normandy — old friends there had told us we could stay with them for a few days to get over jet lag. They had a small apartment we could stay in. 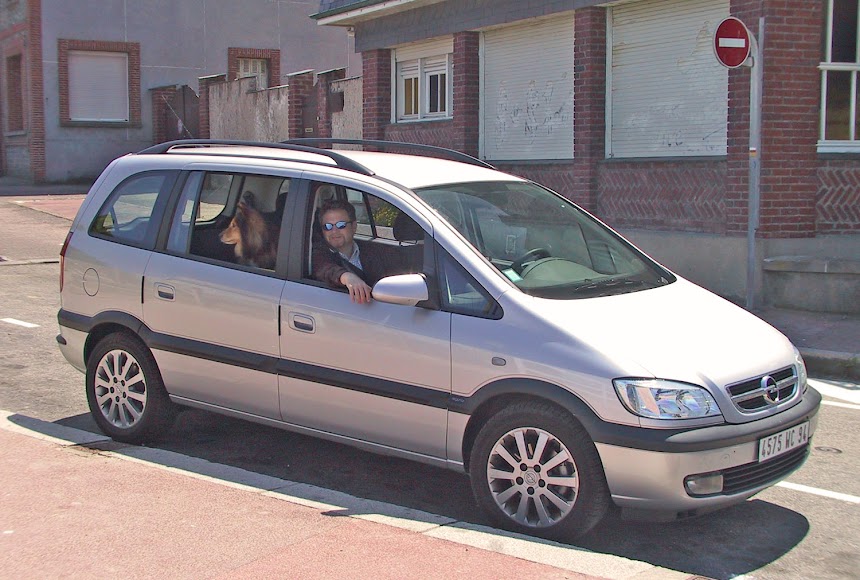 We had rented a fairly big car by French standards, because we had a few big suitcases
and also a kennel for our dog, Collette (with Walt, above), to travel and sleep in. 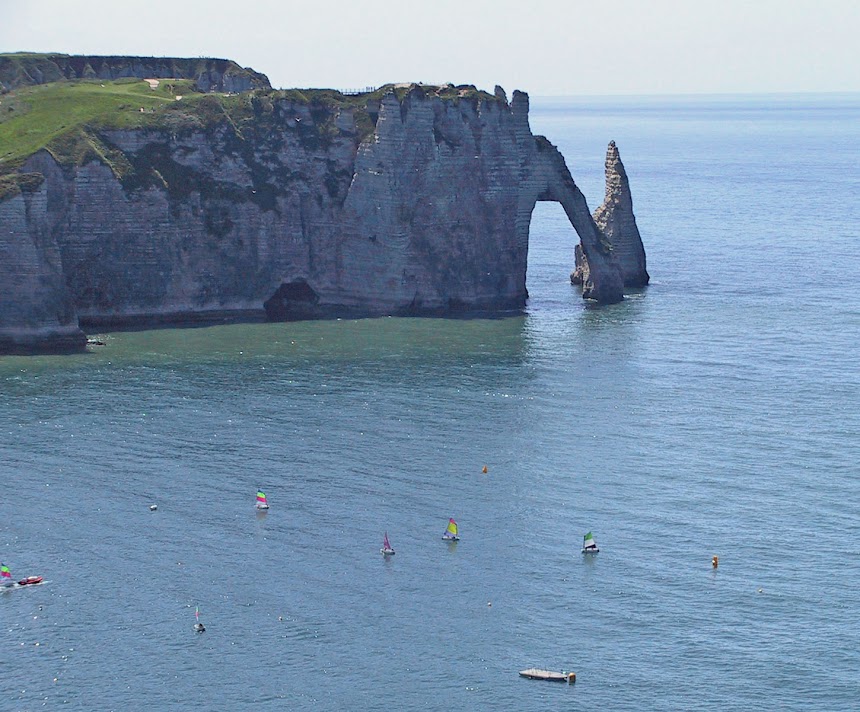 We rested for a couple of days, and then on June 5 we drove up to the Channel coast to have lunch in the town of Etretat and do some sightseeing. It was amazing to be in Normandy during such hot weather — no wind, no rain, just bright blue skies and water, with the sun beating down. (We're having the same kind of weather here today.) 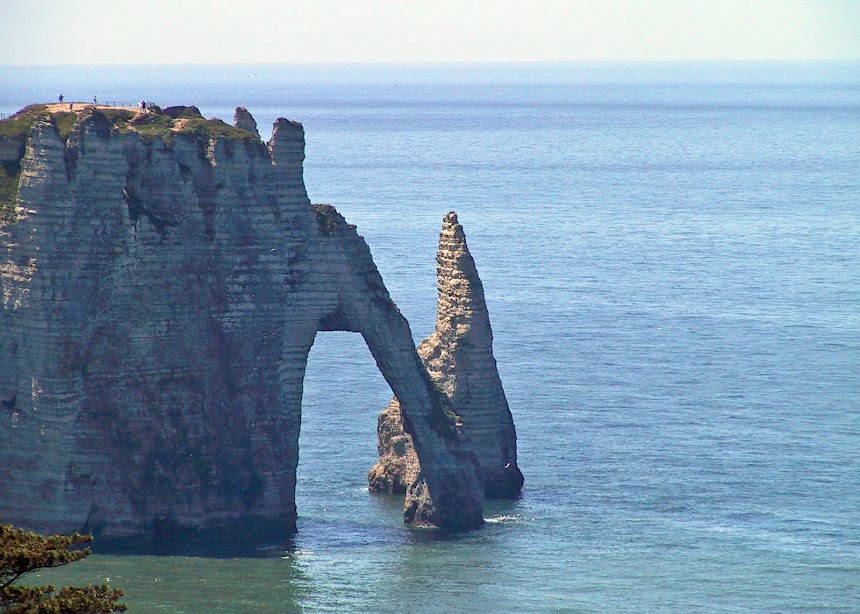 I posted some photos of those first days in Rouen a few years ago (there are many more photos of Rouen on this blog), so here are some that I took on that beautiful day on the Normandy coast. Two or three days later we left Rouen and drove down to the Loire Valley to take possession of our house outside Saint-Aignan and start cleaning up the house and preparing to move in. The yard was completely overgrown after being neglected for six or eight weeks before our arrival.
Posted by Ken Broadhurst at 07:30