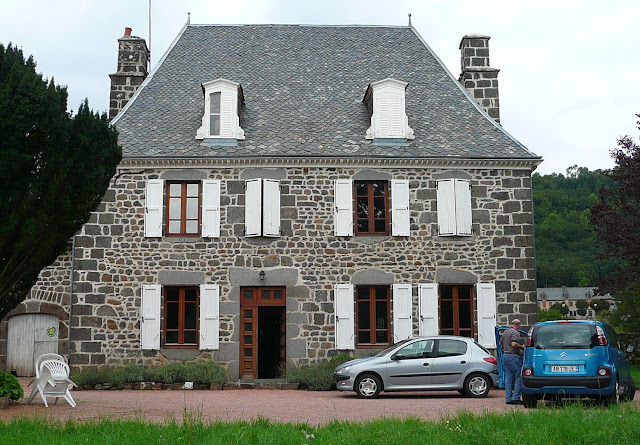 When we spent a few days in the Cantal (in Auvergne), about a four-hour drive south of Saint-Aignan, we rented this house. There were five of us plus a dog, so we needed a pretty big place. And we found this one. It had three bedrooms, two bathrooms, a nice kitchen, a huge living room, and a huge dining room. We rented it for 300 euros for the week, but we only stayed four nights. We drove down there in two cars. That's Evelyn's husband L. in the photo, next to the car they had rented for the trip. 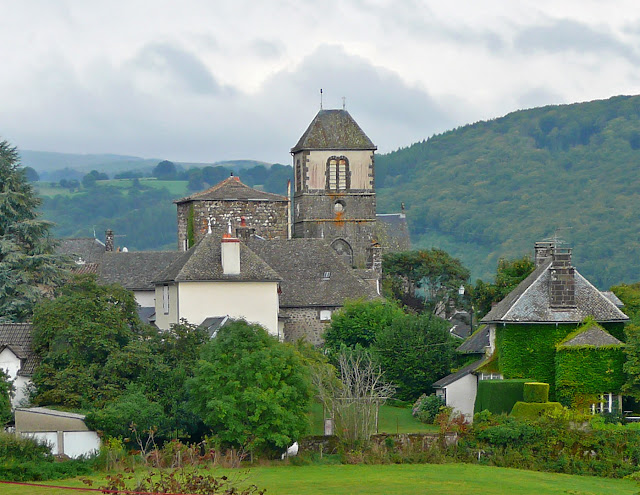 The house was in the village of Saint-Chamant (pop. 239), and within easy walking distance of the village center. According to what I've read, Saint-Chamant has about 225 housing units, nearly 100 of which are résidences secondaires. In other words, they are not lived in year-round. So it's a pretty quiet place. It's only four or five miles from the more-famous and busier town of Salers, and 12 miles north of the big town of Aurillac (pop. 25,000), where the nearest major supermarket is located. The picture on the left shows the village church in Saint-Chamant. 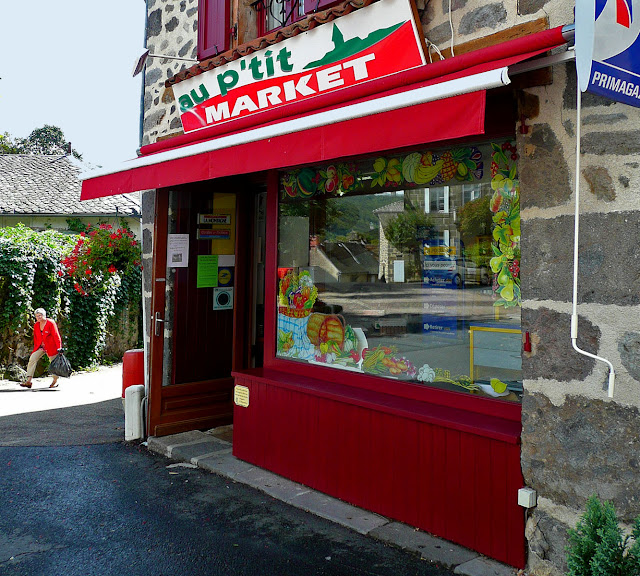 As far as I can remember, and according to Google Maps, there is only one shop in Saint-Chamant. It's this little supérette called Au P'tit Market(when I took this photo). We bought things there. I remember that it also served as the village post office. We also shopped at the open-air market in Salers, which operates only on Wednesday mornings. There are also a few bakeries and at least one cheese shop in Salers. I remember buying potatoes and some tomme fraîche cheese and making a melted-cheese dish called truffade one evening. And Walt and I went to a butcher's shop one day and bought a couple of Salers beefsteaks, just to try them. 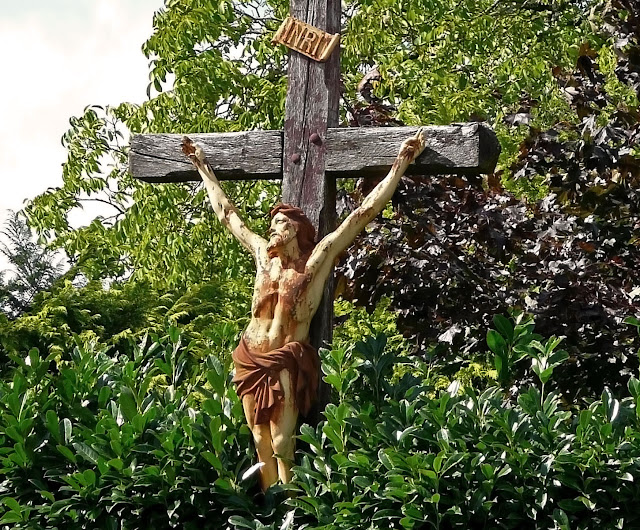 This must be near the church, and near the house we had rented. We could see the church from the house, and as I said it was an easy walk away in good weather, across a pasture (the shortest route) or on a paved road. 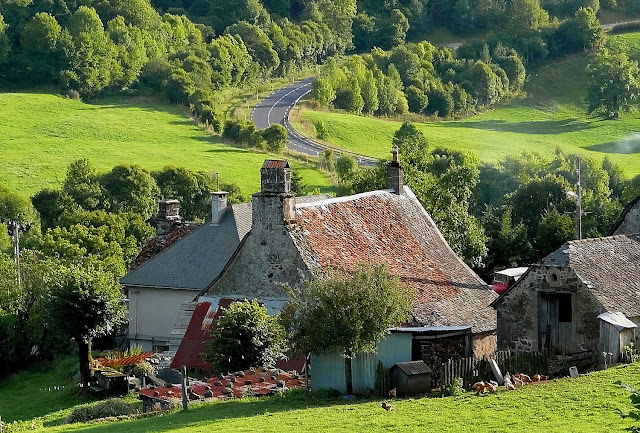 Here's a different kind of house that was nearby. It's obviously an old farmhouse. The house we were in is what's called a maison bourgeoise. 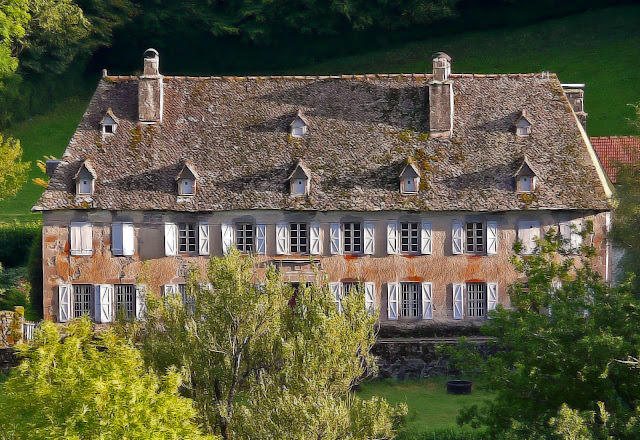 And here's a very grand house that was nearby as well. I've tried to find it on Google Maps street view, but without success so far. I wonder if it has been turned into an apartment building, since it's so big.