Rabelais wrote that the heavy chain used to close off the harbor entrance to boat traffic at La Rochelle in past centuries had also been used by Gargantua to chain young Pantagruel to his cradle. The chain can still be seen at the Vieux Port in La Rochelle. The plaque below tells the Rabelais story about the chain. 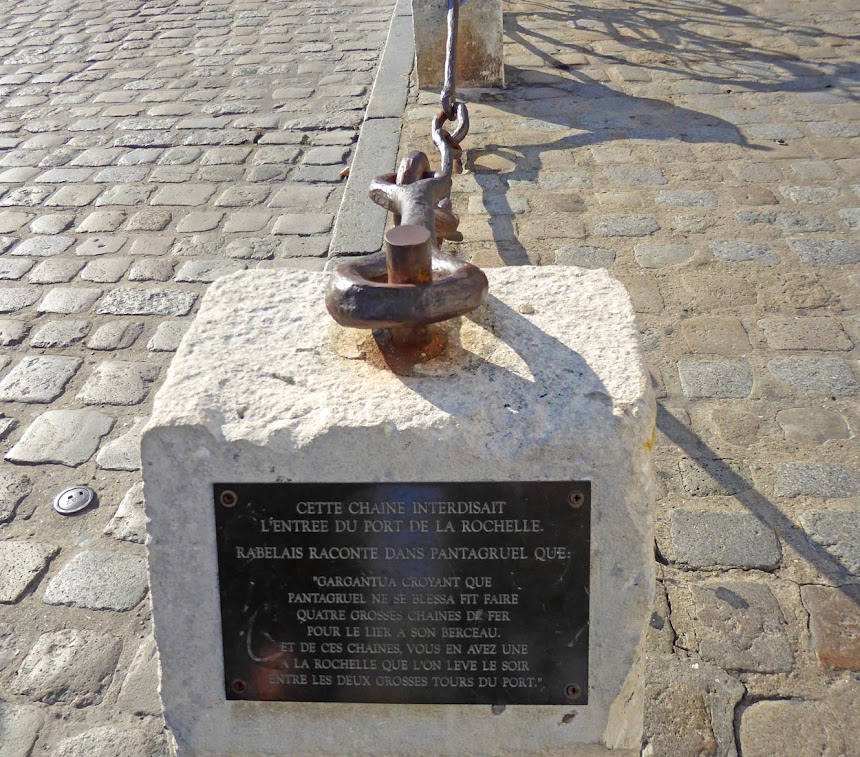 This is a mooring ring on the quay. It's called un anneau d'amarrage in French, I believe. 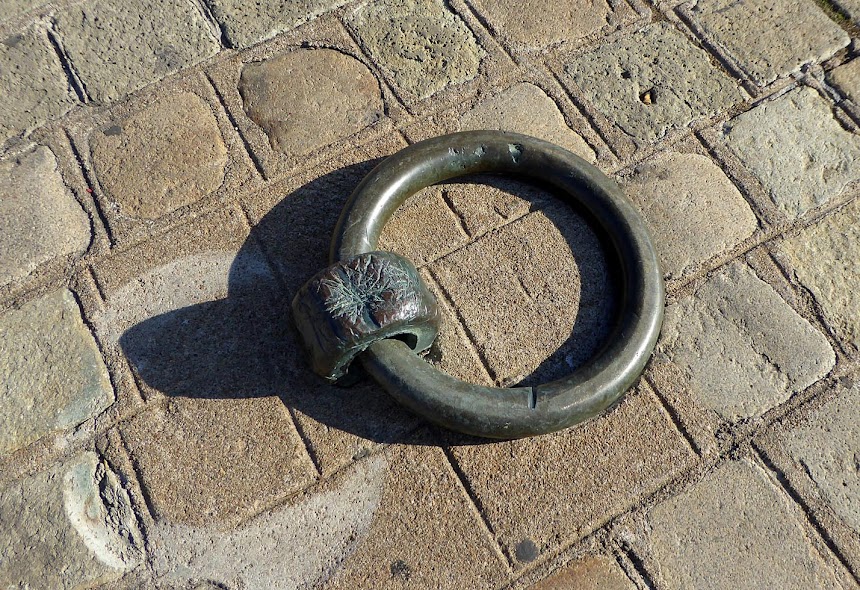 On another subject, I'm happy to report that the little Peugeot 206 has passed its biannual inspection one more time. The diesel-powered car, which I bought in 2003, will be 18 years old at Christmastime. Here's a post about the Peugeot, with photos, from two years ago.

There's been a lot of talk over the past year about how the European Union is tightening up the inspection rules for older cars, and I was afraid the Peugeot might not pass this time. I really like the car and want to keep it running. It has nearly 116,000 miles (186,000 kilometers) on its odometer at this point. I've had the clutch replaced and a new set of tires put on over the past two years. Between December 2016 and now, we have driven it a grand total of 4,600 km (less than 3,000 miles). It's our "runabout" for errands and grocery shopping, and a lot of fun to drive. I've had the car twice as long as any other car I've ever owned.
Posted by Ken Broadhurst at 06:30