Here are a few more photos of details of the church at Vouvant, en Vendée. Vouvant is only about 15 km (10 mi.) north of where our gîte was located. The first church was built here in the 11th century, but not much remains of that building. 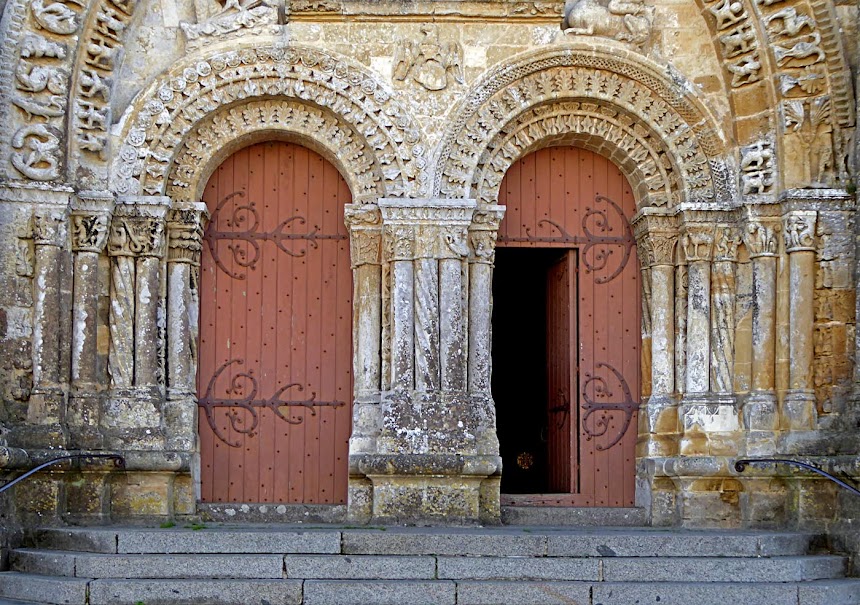 Above is the north portal of the church, which is called L'Église Notre-Dame-de-l'Assomption. The lower, street-level part of the north portal is one of the oldest surviving elements of the building, dating back to the second half of the 12th century. 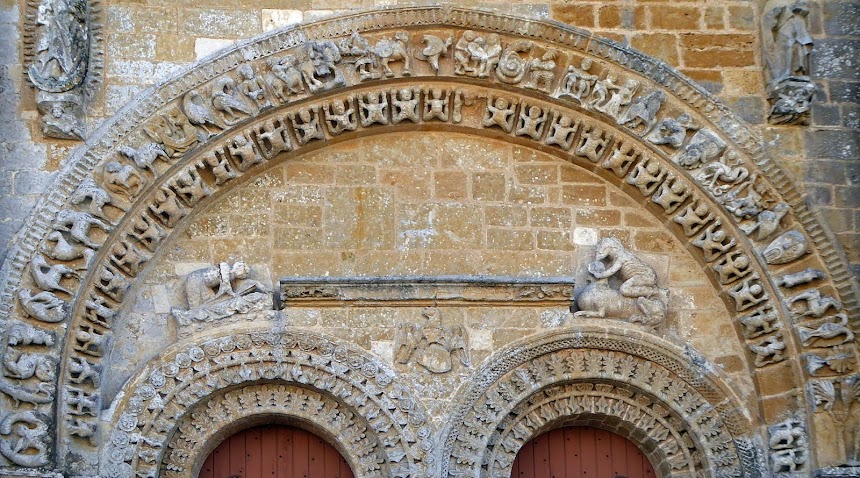 The Vouvant church was declared a historical monument in 1840, and it was the object of major restorations in the late 1800s. The north portal was restored but it doesn't seem to have been greatly modified, just cleaned up. 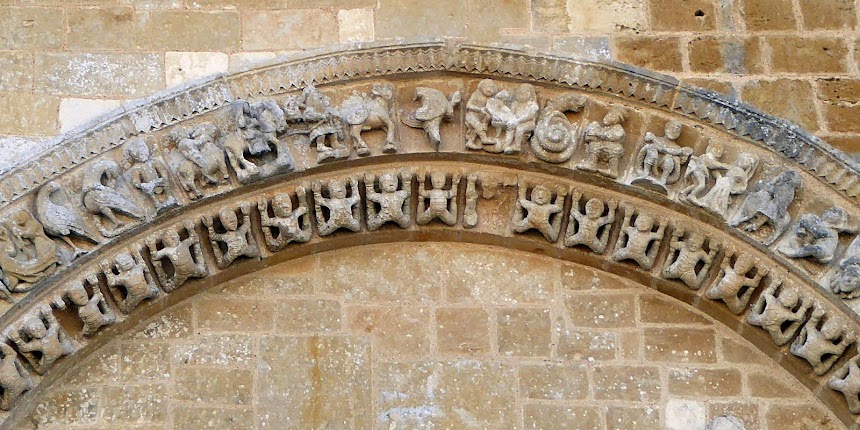 The rounded arches of buildings like these signal that the architecture is in the style that has been called Romanesque since about 1820. The style is descended from Roman building traditions and pre-dates the development of the Gothic architectural style of the 13th and 14th centuries. 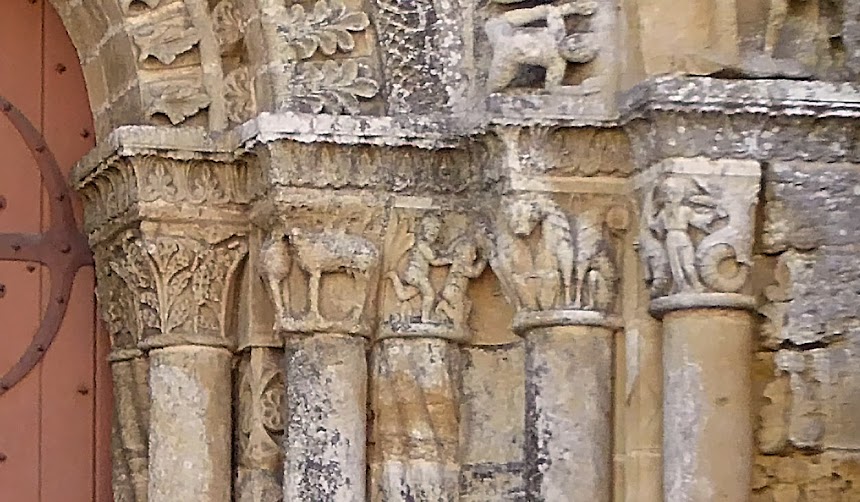 The upper part of the church's north portal is Gothic. I posted some photos of the whole portal and details of the Gothic portion day before yesterday. 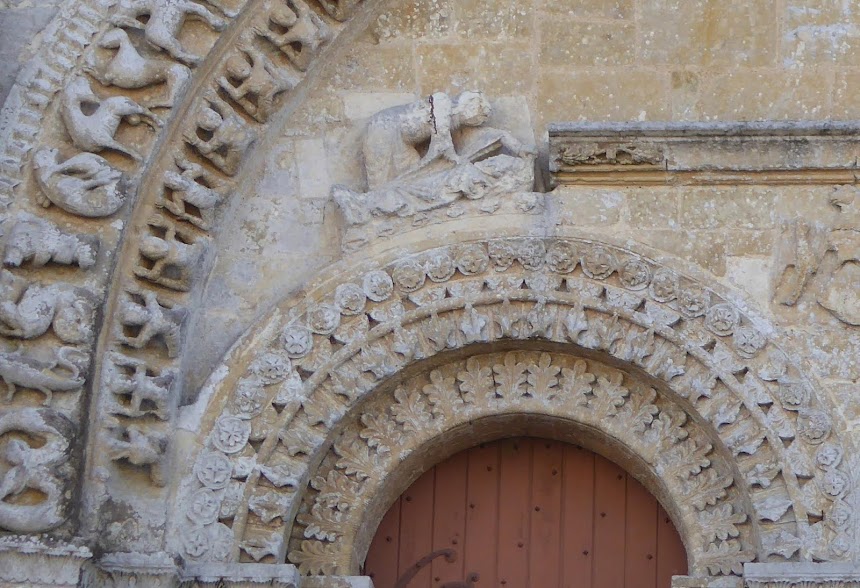 As I've said before, these are crops out of larger photos that I took on Sunday, October 21, 2018, on a bright sunny afternoon in Vouvant. The camera I was using is a Panasonic Lumix ZS40 (TZ60 outside North America). I took the pictures at a resolution of 18 megapixels. As always, you can enlarge the photos to see more detail. 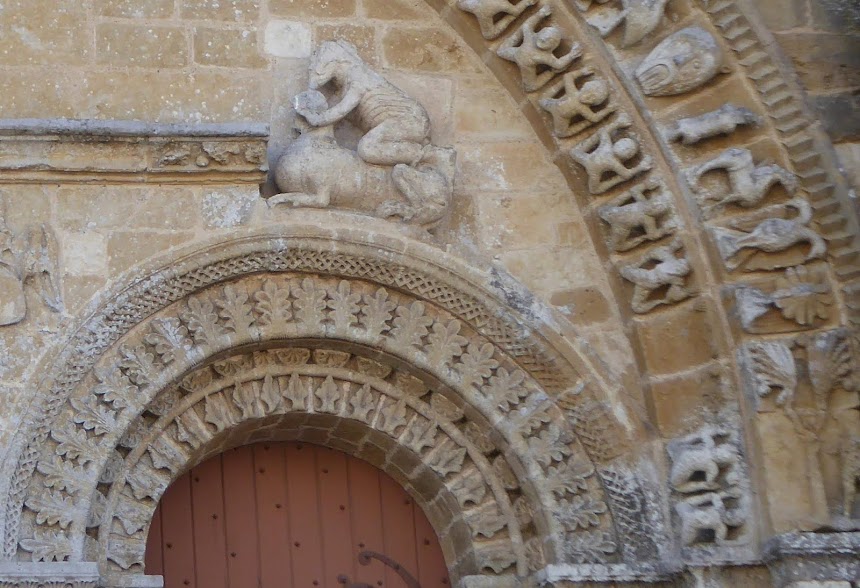