The man we rented the Vendée gîte from was pretty talkative, wired even, when we arrived three weeks ago. That's not a criticism. He showed us how the kitchen was set up, how to work the satellite TV system, and how to connect the the internet. Then he started telling us what the local sights to see were, writing down 15 or 20 names of villages and other attractions in a stream-of-consciousness-style delivery. Our heads were spinning. 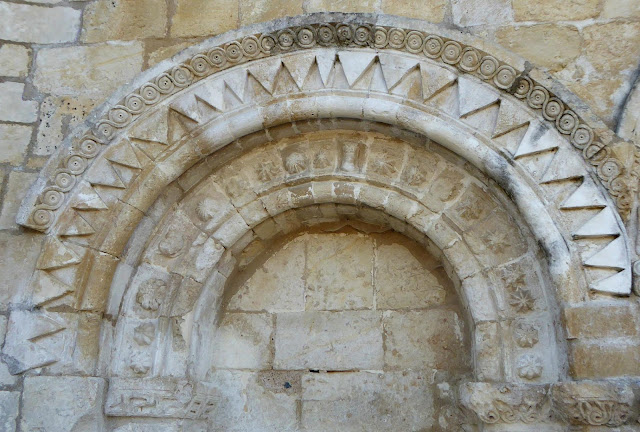 We decided not to go on any long drives the next day, but to stay close to "home" and see local sights before heading further afield over the week to come. We wanted to see places like La Rochelle and the Île de Noirmoutier, but doing that required long car trips. One thing the gîte owner told us we should try during our stay was a Vendée bakery specialty called un préfou, which turned out to be garlic bread, and is very good. 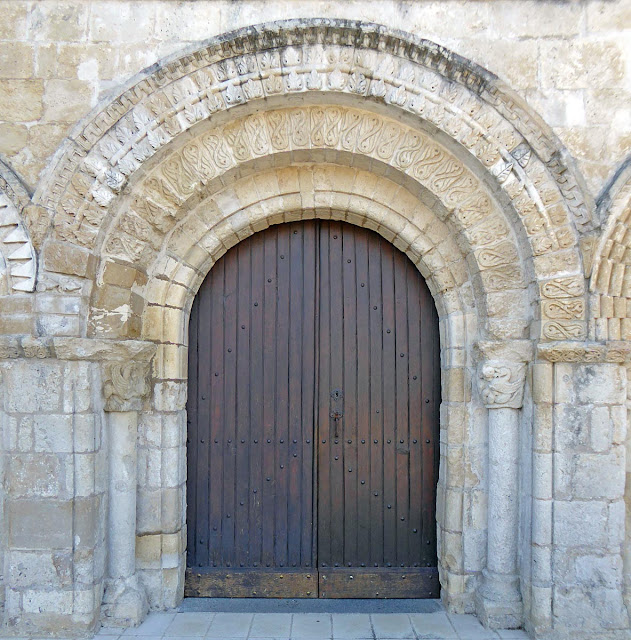 The best bakery for préfou was in the neighboring village of Fontaines, we were told. So we headed there first. It was mid-morning on a Sunday and the boulangerie/pâtisserie in the village would be closed for the afternoon. It was located just 2½ miles from the gîte. There were half a dozen other customers in the bakery, buying baguettes, croissants, and, yes, for some of them, a préfou. We were in the right place. 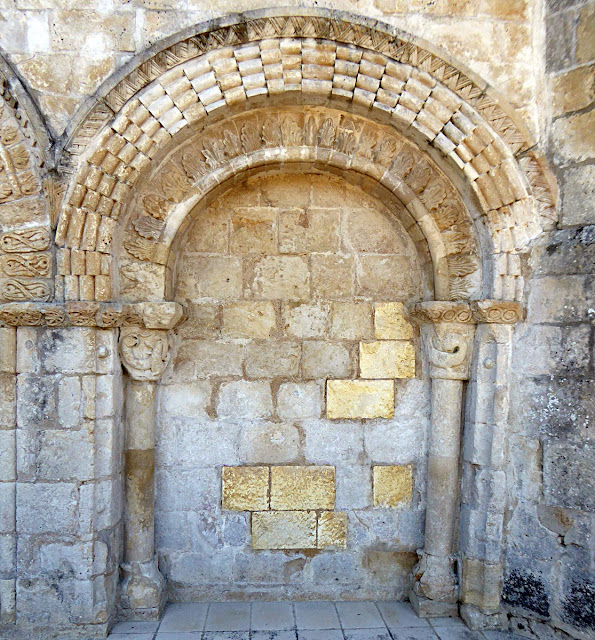 We drove away toward the east after getting our breads, thinking we'd go see three or four other villages — Maillezais, Nieul-sur-Autise, and Vouvant among them — and then return to the gîte in mid-afternoon, take the dog for a long walk along the Vendée river, and generally just relax and enjoy the fine weather. But of course we got lost. We came upon the church in Fontaines, but all the roads around it seemed to be sens uniques running in the wrong direction, or impasses leading nowhere. I got out of the car and took some photos of different features of the church, which I'm posting here. Then we had to backtrack to get to where we wanted to go. 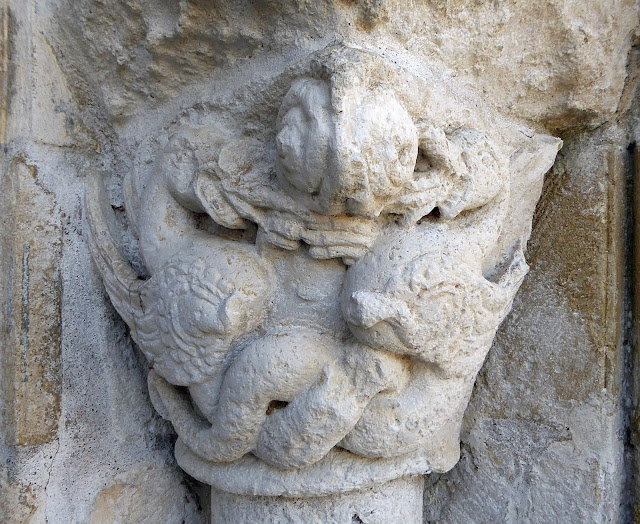 The arch in the photo above looks like it used to be a doorway, but a blog post I found describing the Fontaines church, called Notre-Dame-des-Sources, says no, it was always just decorative. The church dates back at least to the 12th century. Here's a link to another blog that has a lot of photos of the church in Fontaines. 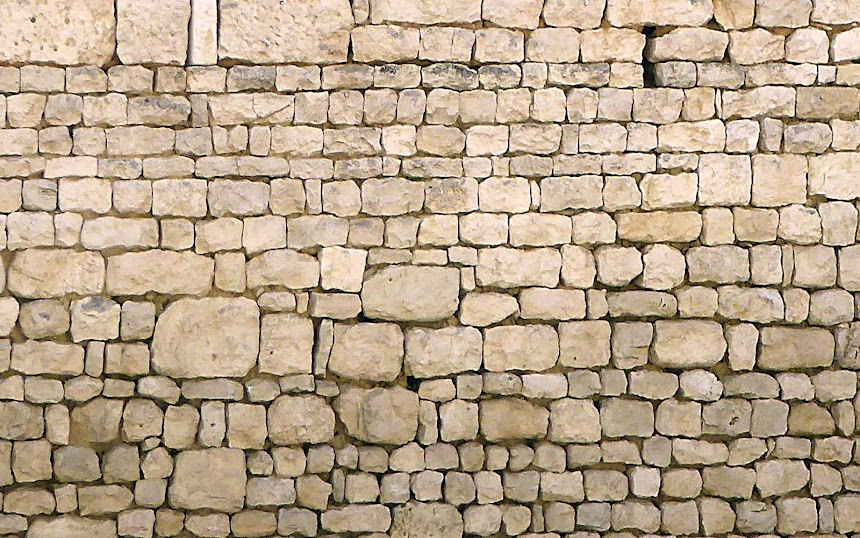 I took the photo above of the stone wall of a barn, I think it was, in Fontaines, just because it's interesting to see how these buildings are constructed. Carved stones of all sizes are go into the mix. The formerly independent commune (municipality) of Fontaines, by the way, merged with the neighboring commune called Doix in 2015. The newly formed commune is called Doix-lès-Fontaines ("Doix next to Fontaines"). We were headed to Doix [dwah].
Posted by Ken Broadhurst at 06:30