Two towers stand at the mouth of La Rochelle's vieux port. They are the Tour Saint-Nicolas on the left, and the Tour de la Chaîne on the right, in the photo below. We sat down in a café with the dog and had lunch here, with this as our view. 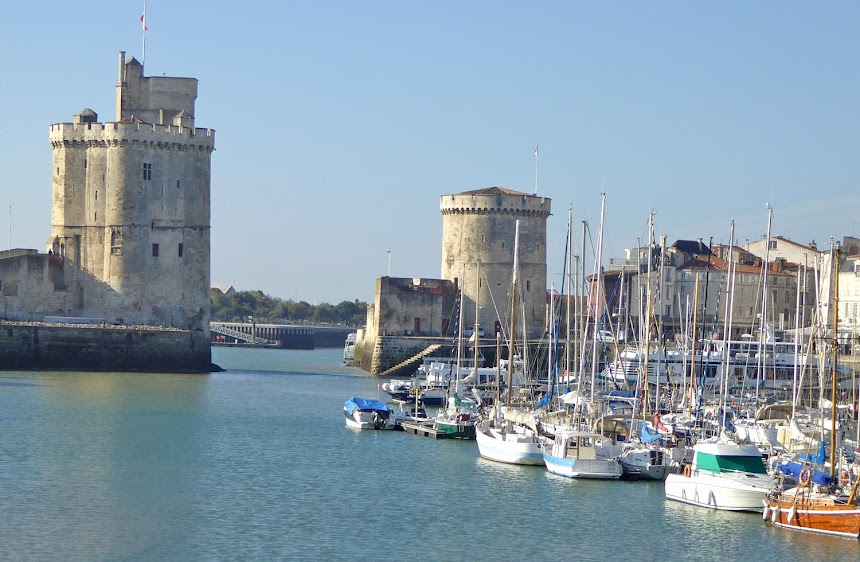 The Tour Saint-Nicolas was built in the 14th century and stands 42 meters (nearly 140 feet) tall. Saint Nicolas is the patron saint of sailors. Construction began around the year 1345. The tower leans slightly, according to the Michelin guide, but I'm not sure I noticed that. In later centuries, it was long used as a prison. 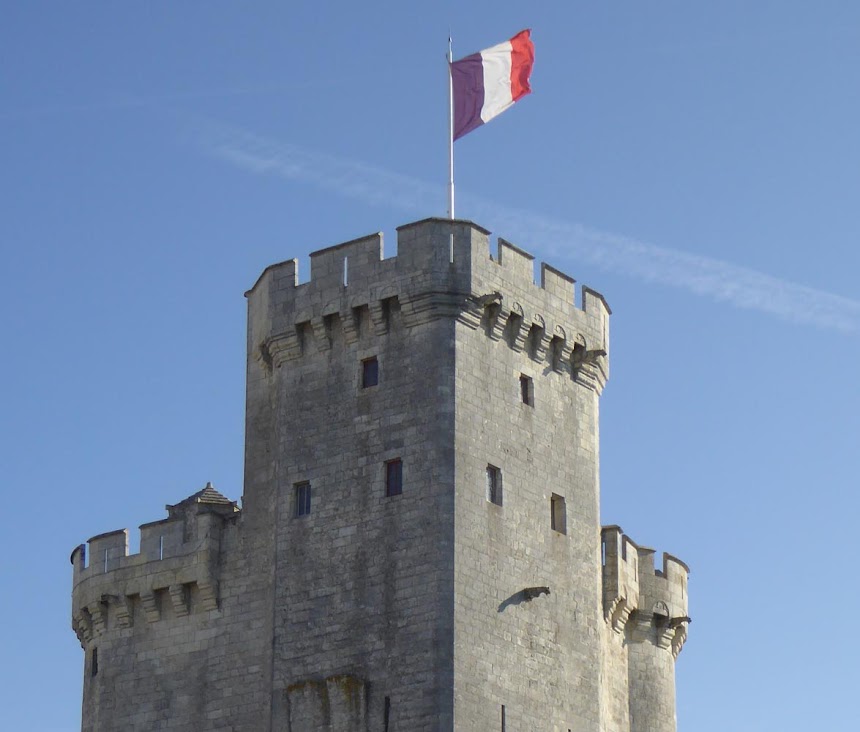 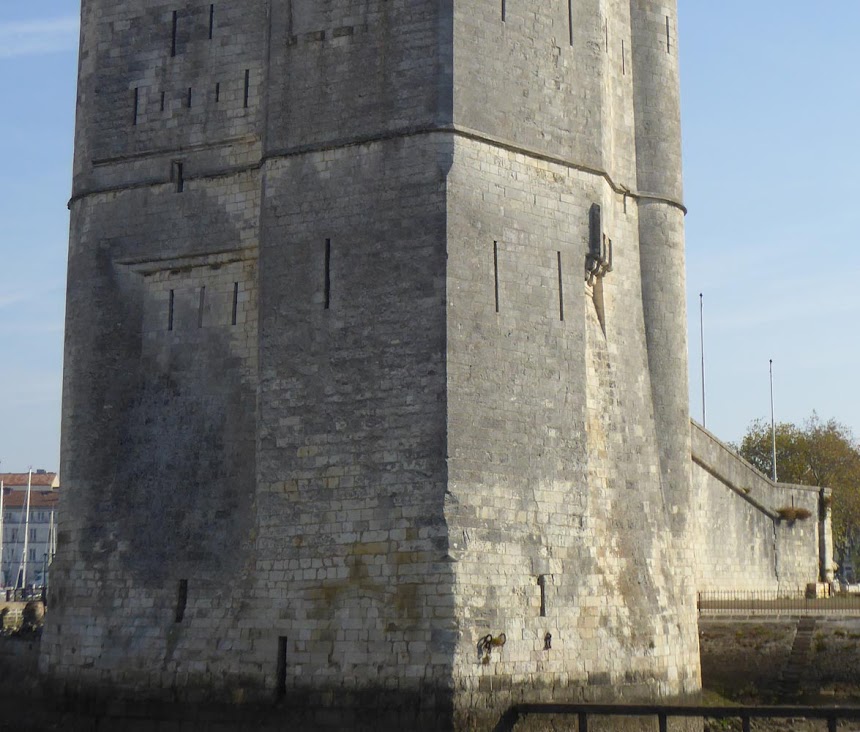 According to local legend, the mythical fée ("fairy") called Mélusine built the Saint-Nicolas tower in the Middle Ages. I wrote about such legends here, a few weeks ago. In reality, the massive tower was built on sandy, marshy ground on top of oak pilings set down into the muddy ground. Of course it started leaning. Work to stabilize it was done in the second half of the 14th century. It's hard to imagine what kind of work that would have been and how it was done. But it was basically a success. 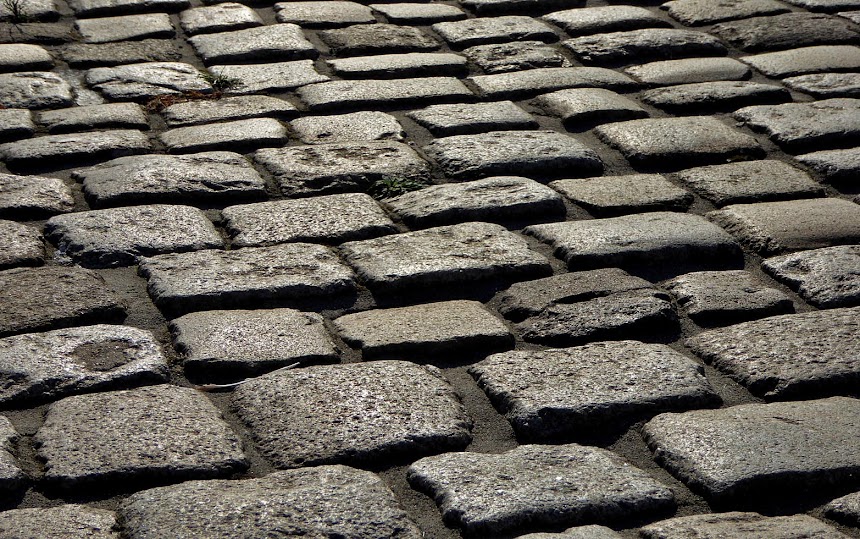 This last shot is just a detail of the cobblestone walkways around the old port and the two towers. We walked all around the port for an hour or two before lunch the day we were there.
Posted by Ken Broadhurst at 06:30