Built in the late 1600s, the Église Saint-Sauveur in La Rochelle is a Louis-XIII-style church. He was king of France from 1610 until 1643, and he re-captured La Rochelle after Protestants had seized it during their religious wars with Catholics in the late 1500s. The newer church is attached to a tower that was built in the 1400s. However, the history of the site goes back much further. 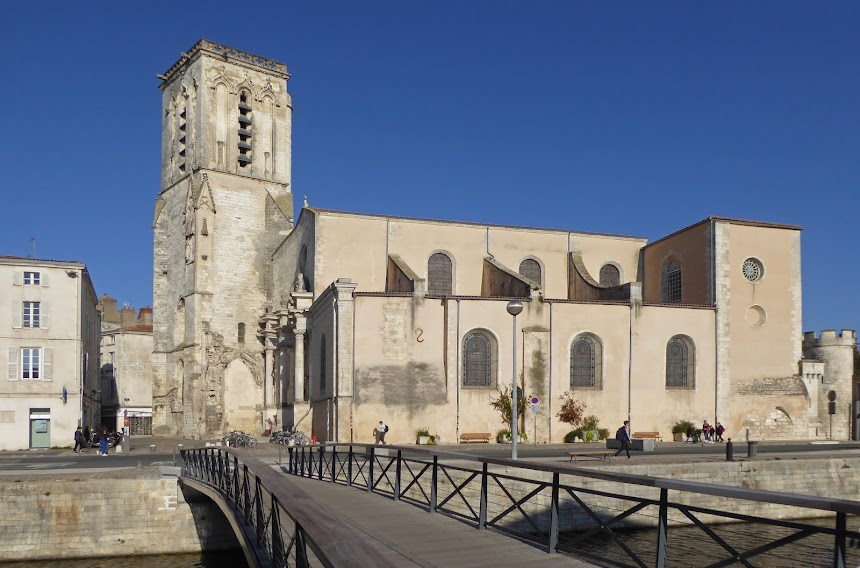 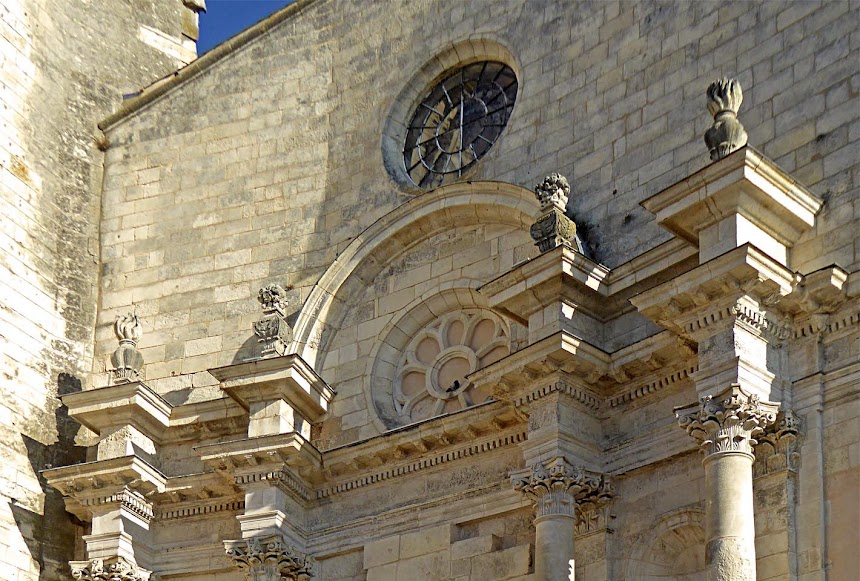 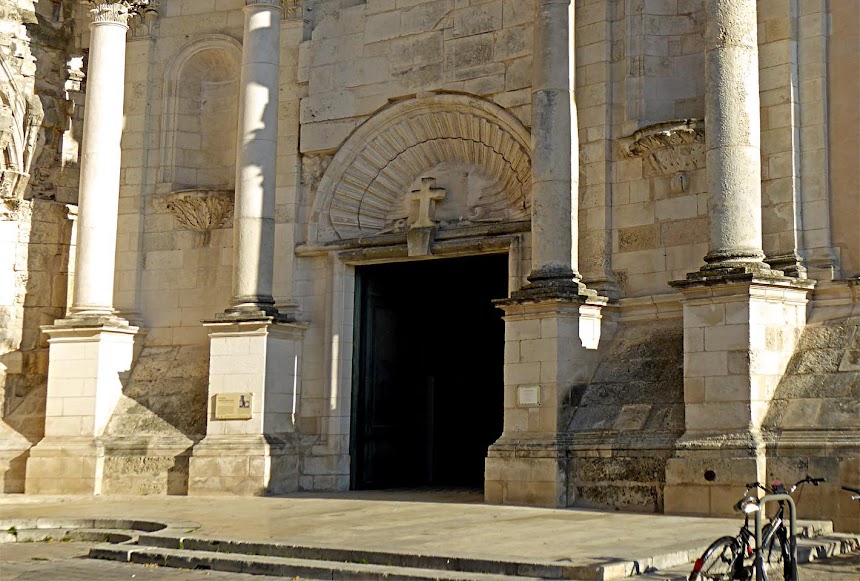 In the late 1500s, anti-Catholic forces sacked and pillaged La Rochelle's churches. They feared that the city would soon come under siege, and they needed to build better fortifications to protect the Protestant-held town. Where were they to get stone to build with in an area that is sandy and marshy? Well, they tore down the city's churches and used the carved stones as building blocks. The old tower of the Église Saint-Sauveur was left standing because it could be used as a watchtower and cannon-mount. The only other parts of the 15th century church that survived were elements of its main portal. 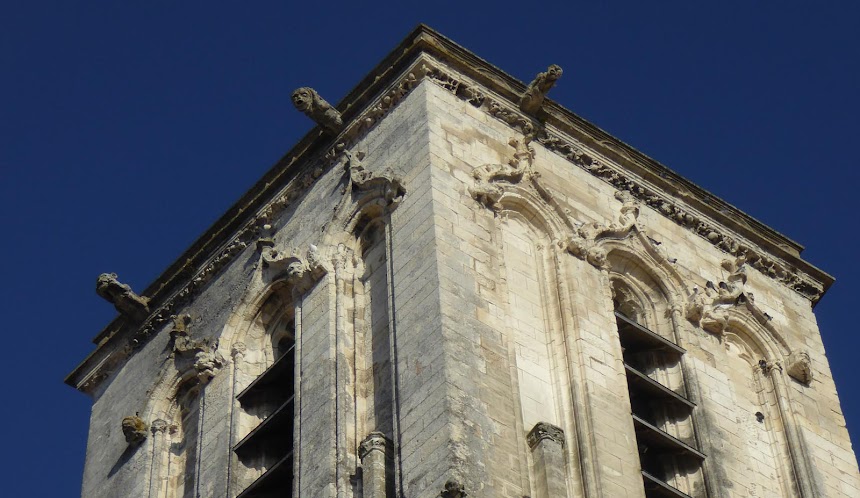 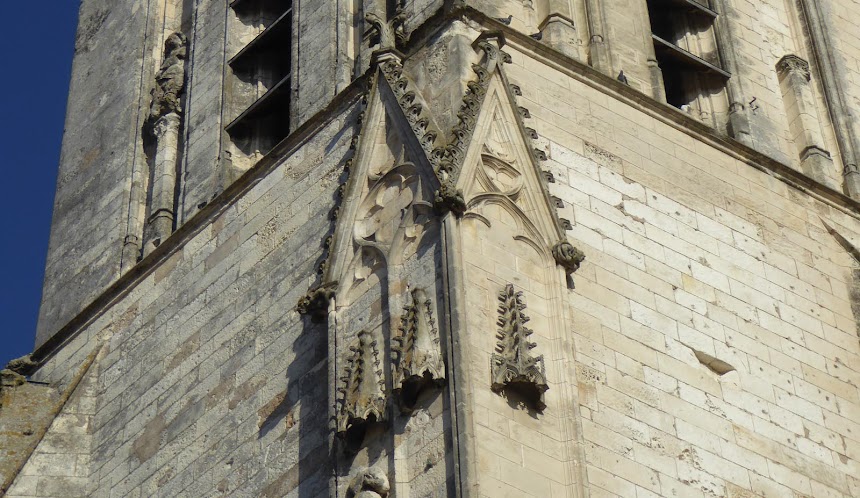 That's just a summary of a Wikipédia article in French about this church in La Rochelle. It was rebuilt between 1652 and 1679. Then that church was in turn destroyed by fire and was rebuilt again between 1708 and 1718. During the French Revolution, later in that century, the church was used by anti-Catholic revolutionaries as a warehouse. The building was put up for sale in 1794 but no buyer was interested. It was in pretty bad shape by the early 1800s, when it again started being used for Catholic religious services. More recently, it was completely restored between 1995 and 2008.
Posted by Ken Broadhurst at 06:30