Nieul is another village on the edge of the Marais poitevin that was the site of an abbey — in other words, a monastery or convent, a religious community. It includes a church and cloister that were restored in the 19th century, after damage done in the Wars of Religion in the 16th century and then many decades of neglect. Nieul is just outside the city of Niort. 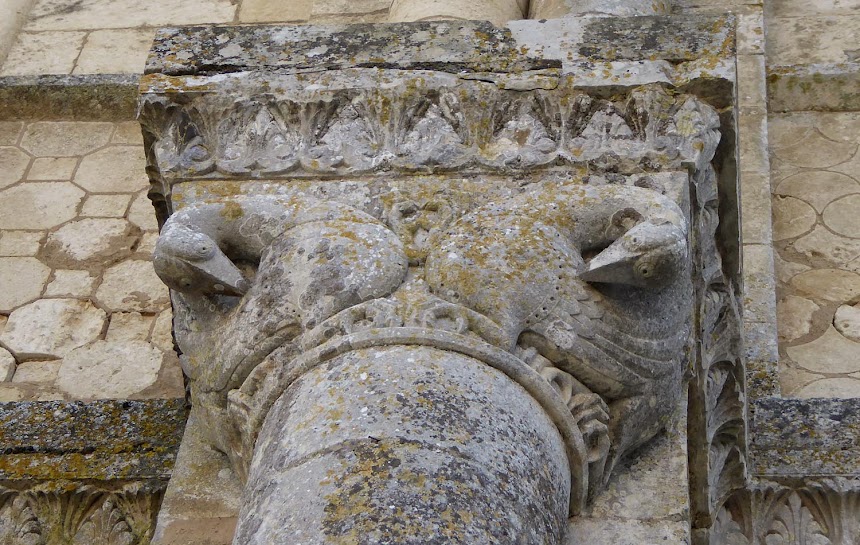 One of Nieul's claims to fame is that Eleanor of Aquitaine (Aliénor d'Aquitaine), who was queen of France (1137-1152) and then queen of England (1154-1189) over the course of her 80 years on Earth, lived there for a time. She had 10 children, one of them Richard the Lionhearted. 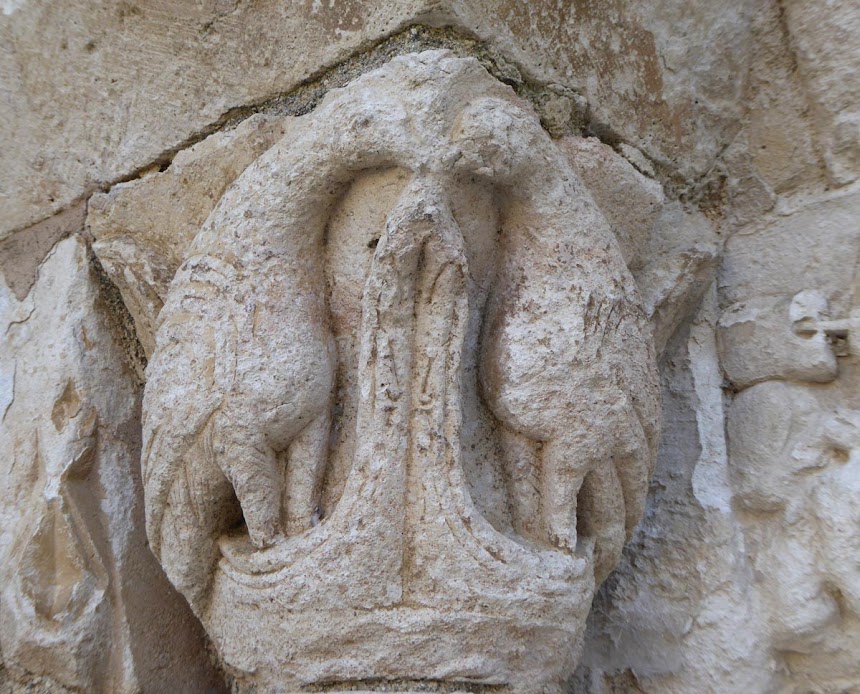 I enjoyed taking photos of some of the mythical creatures carved in stone on the façade of the church. Once again, we weren't able to go into the church or cloister, not only because of have Natasha traveling with us but also because some special even was under way in those buildings. 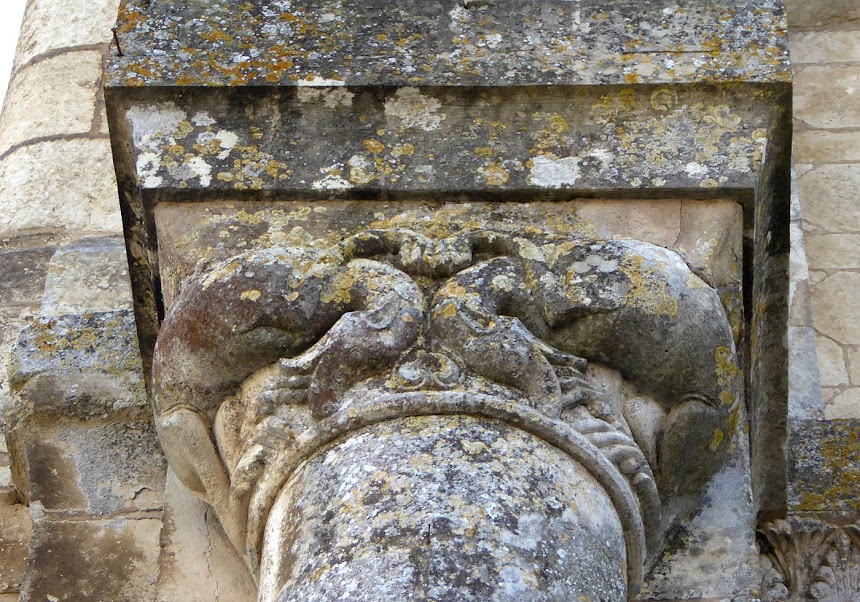 I think the animals in the first two images above are birds, but I'm not sure what the creatures in the photo directly above are. They seem to have duck-like beaks, but the legs are not birdy at all, and I'm not sure I see any wings. 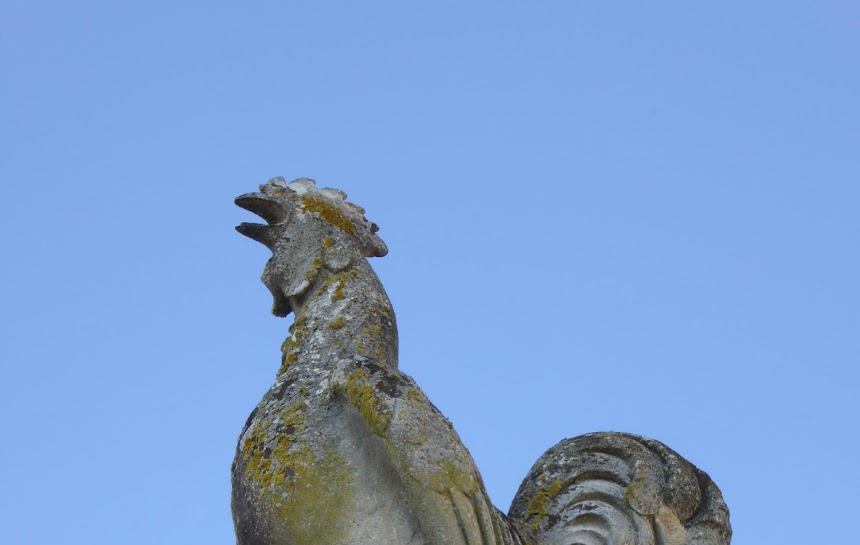 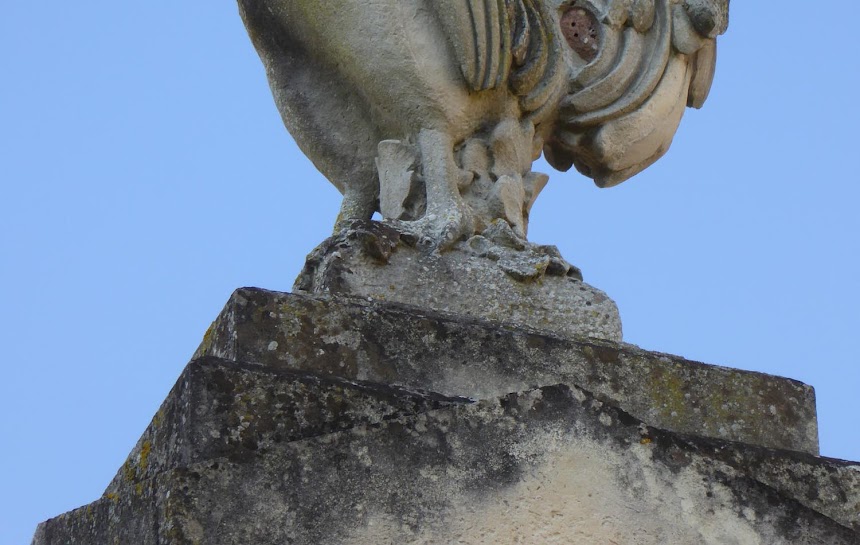 In the square in front of the Nieul church was a tall column — a war memorial — crowned with a carved crowing rooster, one of the symbols of France. It has to be much newer than the carvings on the front of the church.