These photos are nine days old. I took them while we were still having sunny weather. For nearly a week now, our daytime weather has been foggy — and I mean the pea-soup kind of fog. In French, they say purée de pois to describe it. 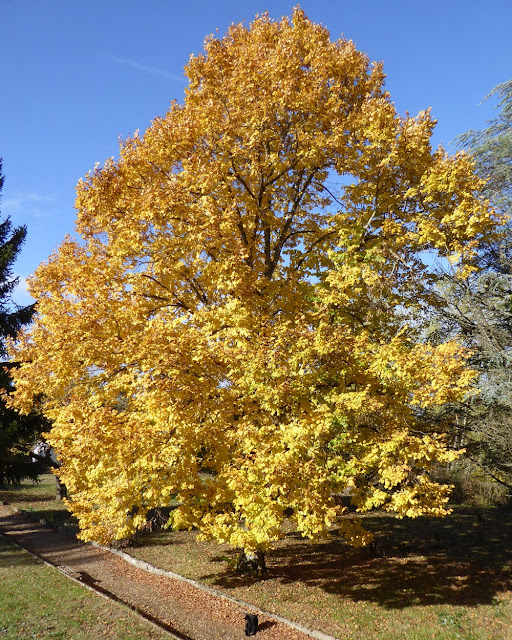 That day, I was taking some photos of our fall colors — mostly yellows —from an upstairs window. This yellow tree is called a tilleul [tee-'yuhl] in French. It's a linden tree, and in some flavors of English it's called a lime tree. That's very confusing, I think, mais passons... And a related tree in North America is called a basswood. 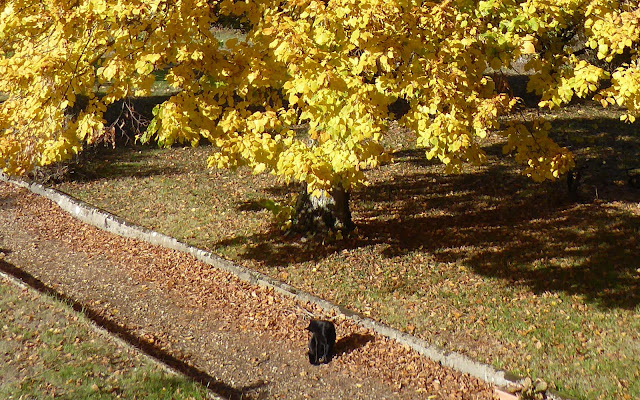 We were having Indian Summer weather then. Anyway, I was taking pictures of the linden tree when I noticed that Bertie the black cat was out sunbathing on the path that runs through the back yard. He was taking advantage of the fine weather and warm sunshine. 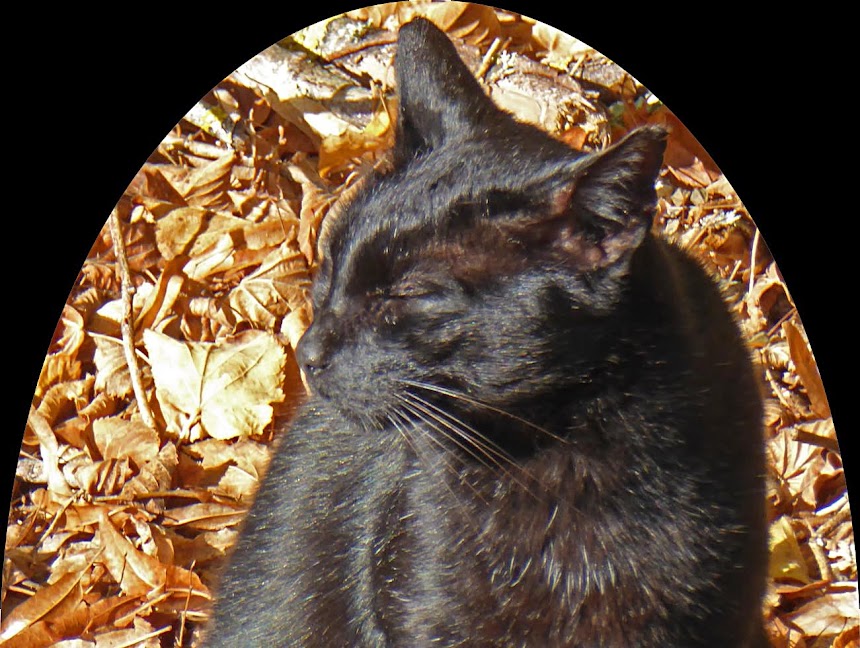 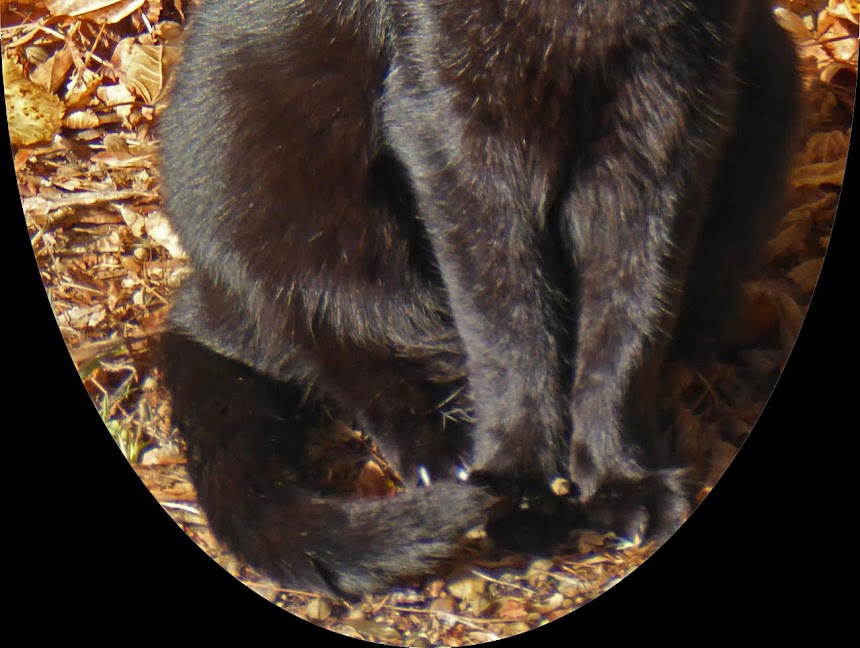 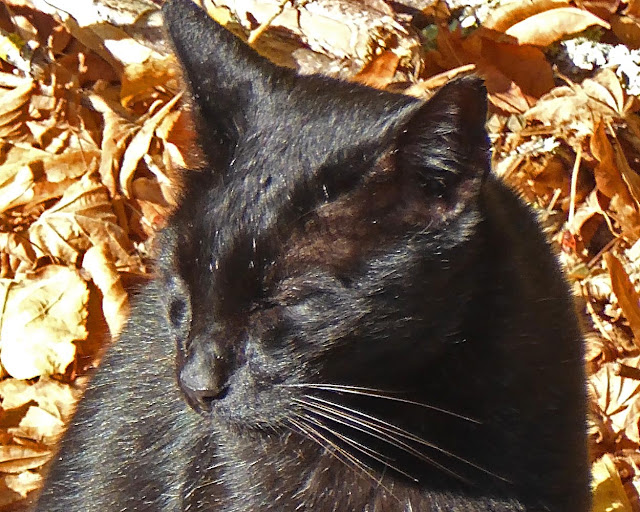 So I focused on Bertie with my long-zoom camera and took some photos of him. He'll be 13 years old in the spring, and he's lived with us here for 8½ years now. It hasn't always been easy, but he has stayed with us. Callie the Border Collie, who departed this world in June 2017, never accepted him. The neighbors didn't get along with him. I think black cats don't have an easy life. He's a hunter and a fighter, and he has lost both the upper and lower fangs on one side of his mouth in battles with other local felines. 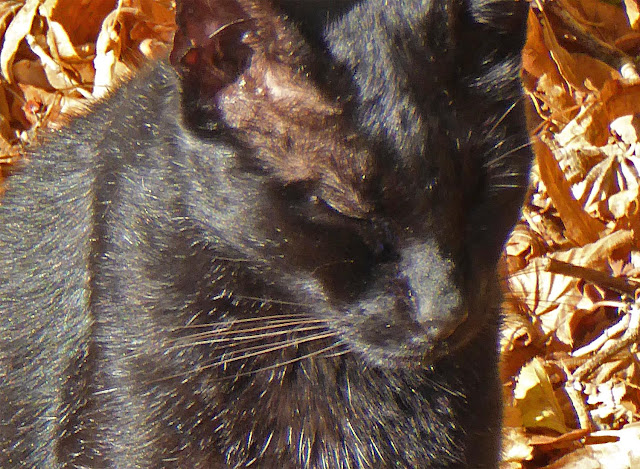 Bertie, who was named by the English woman who left him with us when she left France to return to the U.K. in 2010, was born here in Saint-Aignan. He is half Siamese and very vocal. At this time of year, he likes to spend time sleeping near a radiator, for the warmth. He and Tasha the Sheltie get along well, so Bert is spending a lot more time in the house than he did when Callie was still with us.
Posted by Ken Broadhurst at 06:45