At the beach in late October

Today is the first morning since last winter, I believe, that our thermometer has displayed a temperature below freezing. Not much below, but still... It's hard to believe that four weeks ago, to the day, we were in Les Sables-d'Olonne, on the French Atlantic coast, and people were out on the beach sunbathing. 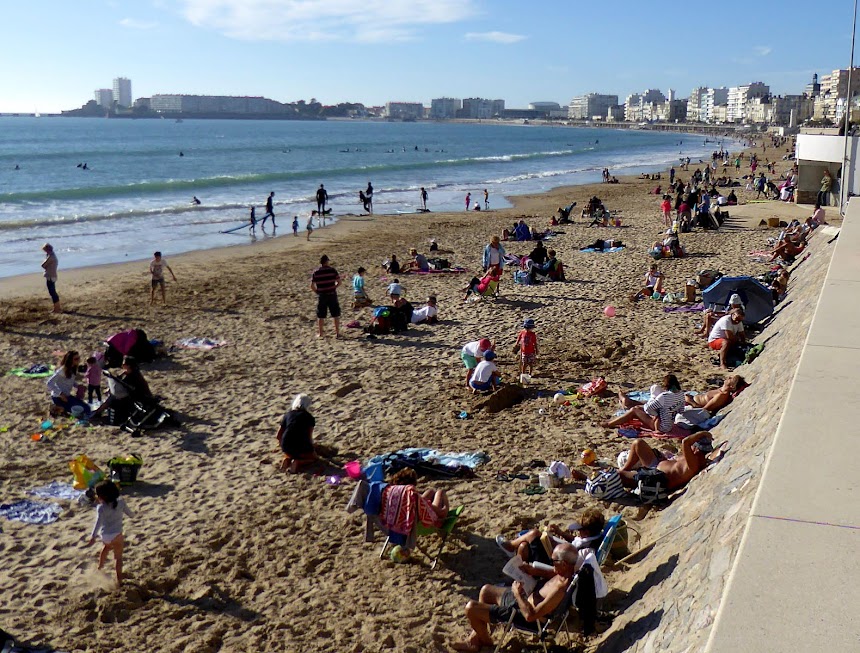 I didn't know what to expect when we decided to drive through Les Sables, as they call it. We had been to La Rochelle a couple of days earlier, and while it was pretty and impressive, I thought Les Sables was even more impressive. It's a big port, and we drove along the wharf before discovering that it's also a big resort, with a fine beach strand. 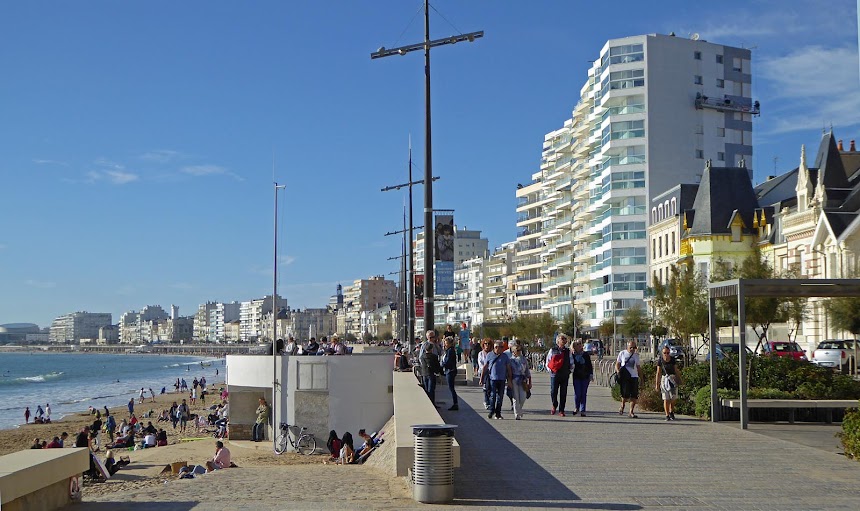 I guess on a colder, grayer day it wouldn't have been so strikingly different from all the other places we saw on our trip to the Vendée area. It wasn't at all what I imagined. Especially considering we were there on the 24th of October. Remember, the warm Gulf Stream runs toward the north off the coast, and not very far out to sea. That tempers the climate. Besides, we had a very long, hot summer here in France in 2018. 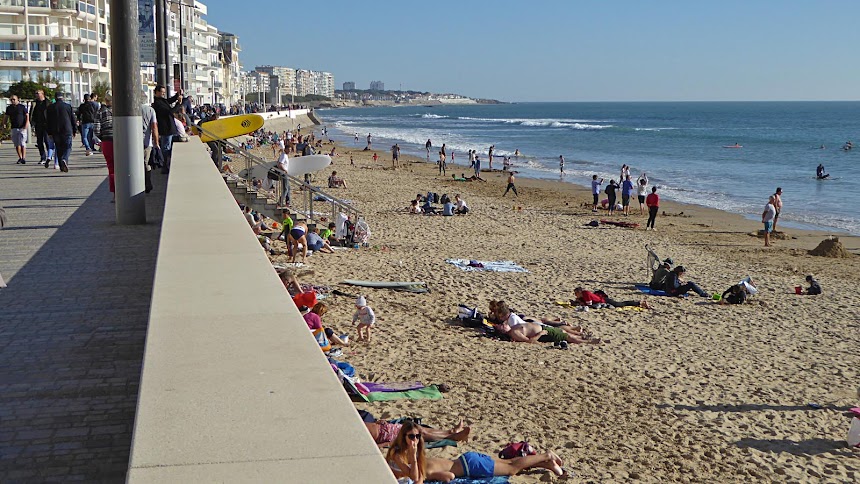 Look at this photo on the French Wikipedia page for Les Sables. The town is located about 140 miles north of Bordeaux, and 130 miles southwest of Tours (our region) — so a 3½-hour drive from Saint-Aignan. It's 250 miles southwest of Paris. The population of the urban area at Les Sables-d'Olonne — three separate municipalities that are scheduled to merge in January — is about 50,000. It has been an important French port town since the 13th century. Tourisme and sunbathing came much later.


I can't believe tomorrow is Thanksgiving in the U.S. It's not a holiday here, of course.
Posted by Ken Broadhurst at 06:30